Sports For Everyone - Ancient Art of Double Dutch Jump Rope

Fitness Sport For All Ages

Double Dutch Jump Rope is growing in fans and importance every year. Look for a local competition in your area and non-competitive teams as well.

A brother and sister team in my "Grades 8-12" after school and summer program one year were regional Double Dutch Champions as a duo and also winners with a group of friends in another, larger team. I was amazed at the skills required! The young people were also involved regularly in dance and step team competitions, all these activities improving their Double Dutch techniques and providing a larger repertoire of moves.

I learned that Double Dutch had become a feature at the Inner City Games in Columbus, Ohio, as well as at local and regional competitions held in the city's large sports venues. I was fortunate enough to witness awe-inspiring precision stunts, such as two youth running full tilt at each other from the opposite sides of the gym and each executing a front flip into the air in the middle of the two spinning jump ropes. Then they began skipping and jumping ropes without missing a beat.

Double Dutch includes art, science, and sport and the people that participate in it are accomplished and coordinated. McDonald's and other large corporations are sponsors of Double Dutch teams nationwide in America and I think that Double Dutch should be in the Olympics.

Am Incredible Team In Hungary

Double Dutch is not new - but it's still fun!

Like many sports, Double Dutch is traced back to China, Phoenicia, and Egypt.

In Egypt, children and youth used two ropes made of vines for complex jumping games. Little is known about the Phoenician games related to this, except as portrayed in some more isolated pieces of ancient artwork. However, some archeologists and cultural anthropologists feel that these rope games arose from out of Phoenician fishing rope handling techniques, just as crocheting originated from fish net making.

The Chinese used a different material for rope.

In the 1950s and 1960s, a precursor of Double Dutch in Ohio was called by elementary school children "Chinese Jump Rope", which they learned from Chinese exchange students that had learned the game from centuries-old family traditions.

The activity began with long chains of rubber bands tied together to form two ropes that were each 8-10 feet long.

Two people held the ends of the rubber ropes, but very close to the ground, about 6 inches above the pavement of the school yard. The ropes were not spun at first, but quickly touched to the ground about 8" apart, then 12" in the air about 8" apart, onto the ground and 8" apart, in the air 12" high and 12" out on both sides, and the pattern repeated faster and faster. When the ropes were close together, the jumpers feet were to touch on the ground outside the ropes and when the ropes were apart, the feet were to touch inside. If INSIDE the ropes, the feet of one person were to alternate by landing side-by-side, right in front of left, left in front of right, just the right foot and just the left foot. Two jumpers together tried to do the same patterns. Hand stands and back flips were added. More people were jumping in, up to six and eight at a time.

Different footwork was used on the outside of the ropes, including one-foot and two-foot techniques. After a certain amount of time, the ropes would start spinning and kids developed their own patterns and skills and began using regular American jump ropes instead of rubber bands in Ohio and much ot the Eastern US. Then McDonalds decision makers saw it and thought it was a great sport for urban youth in the 1970s and began sponsoring school teams and local competitions. The Midwest's Double Dutch phenomenon took off in popularity after it became a success in New York and the Eastern US.

The 21st century "speed" Double Dutch event is fairly new. Formerly, the sport was based on gymnastics, which is Freestyle today. 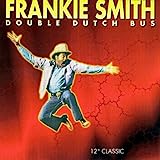 This is a fun, bouncy bit of dance music that never fails to entertain and lift the spirits. No profanity in the lyrics, either.

Central Park, Where a Trend Began

From Holland to NYC. Double Dutch and Double Irish.

Jumping with one and two ropes was introduced into the Western Hemisphere in what is now the Eastern US by colonists from Holland [the Dutch].

The time was the 1600s, when Euorpeans began settling America. Nothing is written about what the Native Americans thought of seeing colonists skipping ropes. One can only imagine.

The game that became "Double Dutch" stayed in the eastern regions of the continent, growing more popular in the Dutch areas of New York (New Amsterdam), and spreading slowly to the Midwest in the 19th-20th century.

By the 1890s, called "The Gay Nineties", girls' fashions began rising above the ankles in skirts that were a bit shorter than floor length. This allowed young women the flexibility to jump rope as the boys did. Soon, rope jumping became "a girl's game."

The school girls used their usual hand-clapping games while jumping rope. When they became proficient at this, they added fancier footwork and other tricks as their skirts continued to decrease in length over time.

People of all nationalities, genders, and ages play Double Dutch. Girls particularly played it as a game before it became a sport, but the activity has been called "The Black Girls' Game" by some individuals who know little about it's current status. McDonald's Inc. helped to change that by sponsoring teams all over the country beginning in the1980s. Today, other companies have involved themselves and many countries support a Double Dutch or rope jumping organization ans several teams.

Double Dutch surged after World War II, but people lost interest in it in the 1950s-1960s as the Space Age took the world's attention toward gagetry and electronics. Ropes were "quaint" or "old hat" or "boring" when compared to rocketry and space exploration. Amerca wanted to compete with the Russians with more techologically advanced activities than jumping rope as a sport.

McDonald's in NYC discovered youth playing Double Dutch in Central Park in the early 1970s and planned to use it in commercials to target urban populations. The leadership also planned to sponsor tournaments.

In 1973, Mr. Ulysses Williams of the NYPD, began to use Double Dutch in his youth outreach program that was called Rope, not Dope, a play on the boxing term "rope a dope" -- Boxing is a big youth activity for Police Athletic Leagues (PAL) across the nation.

About the same time, Mr. David Walker, a Harlem police detective of the NYPD, was involved with Harlem youth activities. He started an annual tournament at the Apollo Theater in Harlem in 1974 and coached Double Dutch into a national sport.

In the late 1960s and early 1970s, Richard Cendali was training for football in Denver Colorado and found that rope skipping could substitute for running stadium stairs in bad weather. He added fancy moves and by the mid-1970s, he'd taught students of his own to fancy-skip rope, formed a Demonstration Team, and began traveling the world with it.