I don’t need to reiterate how disappointing the 2011 season was for the Boston Red Sox or how bad it was to watch them stumble to the finish line. Certainly losing the final game of the season, and the American League Wild Card, capped off what could have been a good year.

The 2012 season brings some pretty substantial changes to the Red Sox organization. Their long time manager Terry Francona will not be in the dugout after the team decided not to pick up his contract option. Also departing was General Manager Theo Epstein who became the President of Baseball Operations for the Chicago Cubs; both men were hired back in 2004.

After their late season collapse someone had to fall on the sword and Francona was the likely sacrificial lamb. Reports came out about how he lost respect in the clubhouse and that the players were not listening to him anymore. It certainly didn’t help him when it was reported that some of the starting pitchers would drink, during games, when they were not scheduled to pitch that day.

Boston was picked to be a factor in the 2011 postseason because of their strong lineup featuring some of the games biggest names. When they didn’t deliver changes needed to be made. The organization didn’t blowup the roster or anything crazy like that but with the changes in the GM and manager roles, plus some player moves, they have been busy tinkering and are hoping the modifications payoff.

The 2012 regular season for the Red Sox can be viewed here: schedule

Who Will Win the American League East Division?

The door to the Red Sox organization has been open with players coming and going this off-season but Boston still has a solid core of talented players.

The pitching staff still possesses solid arms like Josh Beckett, Clay Bucholz and Jon Lester; other arms are available but I’m not too sure if anyone really knows what to expect from them. John Lackey is already shelved for all of 2012 and Daisuke Matsuzaka will miss half of the year recovering from Tommy John surgery. The ageless Tim Wakefield is available but interest in him is apparently thin.

The bullpen is one of the best even with the departure of Papelbon to Philadelphia. To offset that loss Boston traded for Andrew Bailey. Bailey was a consistent closer for Oakland who will obviously get more save opportunities pitching for a much better Boston club. If Bailey struggles at all fans will start calling for Daniel Bard to step into the role. Chants might also be for Bobby Jenks to take the ball in the ninth but he is also recovering from off-season surgery.

Their offense will be better than last year. I believe that Carl Crawford is just too good to look as bad as he did last year. We may never see the Carl Crawford from Tampa Bay but he has got to improve on his numbers last year. Dustin Pedroia is still a great weapon and I see Jarrod Saltalamacchia having a better year. Jacoby Ellsbury established himself as a premiere outfielder last year and, barring injury, I see no reason why cannot continue to improve. Adrian Gonzalez is still one of the AL’s best offensive first baseman and has one of the smoothest swings in the game. Boston should also benefit from a healthy Kevin Youkilis since he played hurt most of the games after the All-Star break last year. My biggest concern with Boston, offensively, is David Ortiz. I don’t think he has many more miles left in his tank especially since he started so slow last year. It will be very interesting to see how he plays this year. 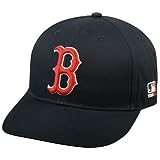 I do not think the AL East will continue to send a wild card team to the postseason this year because I believe that team will come from the AL West. I cannot imagine why the Los Angeles Angels and Texas Rangers don’t both make it to the postseason. Boston absolutely has to win the AL East this year. I really feel that they can get past the Yankees and Rays but the first month of the season is going to really be key for their success. If Boston starts slow the media is going to jump all over them and start second guessing every move made. I kind of see a freefall for them if this occurs and it may not get stopped until it is too late. If they play well from game one there is no reason they cannot win the AL East. My opinion is that they will play well because their pride was hurt in the way they finished 2011. The players will probably have a little bit of a chip on their shoulders and may want to prove that 2011 was a fluke occurrence. I think that they will be the 2012 AL East representative in the postseason. 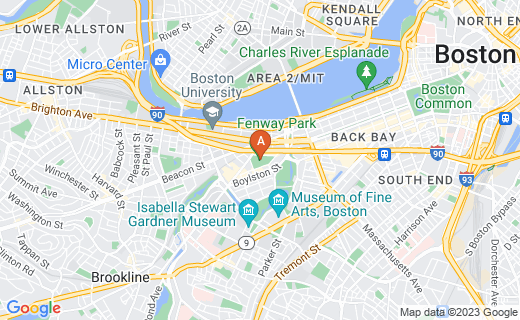