I had just been stationed in Twentynine Palms, California when I had decided to get my first set of wheels. Now, instead of getting a Mitsubishi Lancer, Souped-up Ford F-150, or a Suzuki GSX-R, I decided to get a Bicycle. Not just any bicycle but a Specialized, Rock Hopper. For anyone that has been to Twentynine Palms they would realize this was a clinically insane decision. Why you may ask, because Twentynine Palms is located at least 30 minutes away from anything worth traveling to, keep in mind this is by car. My decision to purchase a bicycle vs. a motor vehicle stemmed from my ability to make long trips by bicycle. When I was growing up I had bicycled from Acme (Traverse City) Michigan, to Suttons Bay, MI and back in a couple hours on my grandfather’s mountain bike. I had also been influenced by my advisor my junior year of high school who made a fifty mile trip daily to school, even in the snow. 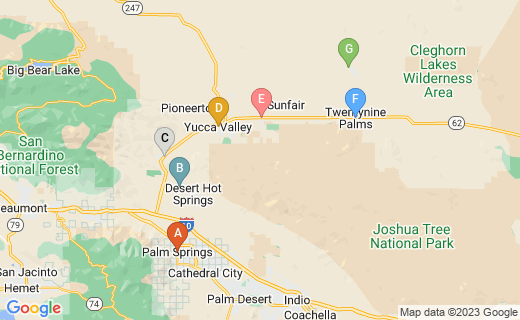 Now you’d think that I would catch a ride from a friend to the nearest bicycle shop and back. Armed with nothing more than the money I had and a one way bus ticket. I made the one hour ride to Palm Springs, CA, leaving Saturday at about 10:00 am. I made it to the bicycle shop around noon as I had to walk some ways through town. I arrived at the bicycle shop and was greeted by some beach/ city bikes displayed outdoors. I enjoyed their elegance but was taken aback by the price tags. Inside looked like a typical bike shop, an abundance of bicycles displayed next to one another. I had decided on getting the rock hopper based upon the fact that it offered me capabilities a “Racing/Road” bike did not. Its tires would be more durable and could take more abuse. I figured this was a good choice as I may need to ride in over rocky terrain.

So I bought the bicycle which had a staggering price of $1,000.00 and went on my way leaving at about 12:30/1:00 pm. The route I intended to take was the only way into Twentynine Palms from Palm Springs. It was simple on paper, merely going through the city, cutting onto North Indian Canyon Road and taking the 62 to Twentynine Palms. Being a Marine I decided to pack for a 3 day adventure just in case something should go wrong. Riding through the city was a nice little ride; it made me miss living in Minnesota where everything had a walking path since you don’t find that in many cities. As I left the city I was glad I had bought a MT bike, little did I know what was ahead of my travels.

As I left the city on North Indian Canyon, I came to a small bridge that crossed over the rail road. There had been virtually no shoulder, so getting hit by a car was imminent. With this in mind I had decided to cross over the rail road tracks. I figured that I’d be safe, but just in case, I’d leave my bike on the bank while I peered around the corner. Luckily, I had not tried to cross because a train was incoming fast. Well I figured most trains don’t take long to cross so I’ll just wait. As I waited I noticed some interesting sights alongside the tracks some ways away. So I adventured along the train witnessing all that I could. This is when I had my first run in with sand. Now the sand around the tracks had been hard enough to bicycle with some ease. But the second it became fine is when I came to a standstill. This is when I began to worry about my route ahead of me as I would need to utilize a ravine going through a canyon next to the 62. An hour must have passed by before a 2nd and a 3rd utilized the other set of track. The sun had begun to set and I realized I was going to have to spend the night somewhere. After another hour passed I was back on my way.

I continued up North Indian Canyon the sun was setting and the windmills were turning full swing. At the time I was unaware at how fast the winds got in that area. In fact, the wind would get up to 60 mph+ and was able to push my friends Ford Mustang off the road a year later just off the 62 which ran parallel to North Indian Canyon. The fact that the sun was setting was not helping as the winds pick up during this time. I felt as if I was being held in place as I slowly moved against the wind. With no more than a half hour of day light to go, I decided I would cross the desert towards the 62 as it would cut my time down and allow me a place to sleep off the road. I was glad I brought some things to keep me warm as the temperature in the desert drops rapidly. That night brought me a full moon so I was able to travel some distance in a flash flood river which was currently dry. When I stopped I had found a mound out of the flash flood zone to sleep next to in hopes it would block some wind. I had brought Gortex and a poncho which did a successful job at neutralizing the wind as I slept. But, even with a fleece/Gortex combination I was freezing.

The wind picked up about half an hour before sun rise which woke me up. Fortunately it brought a breath taking sun rise (more so because I was so cold). After several pictures I decided to get on the move as it would offer me warmth. Once I got to the 62 I had entered the side of the canyon which brought me a broken up road that used to exist, then fate set in. I came to a lot of fine sand which didn’t allow for me to bike through. So I walked when I had to for several miles until I reached under a bridge that crossed under the Hwy. I decided to take a break here since an hour has passed and I felt miserable. It had been loaded with graffiti so I took some pictures and admired their work. The ravine turned into a road thankfully and I made my way up into Morongo Valley (Not to be confused with Morongo Valley Casino located in Cabazon).

To the best of my knowledge it was about 10:00am Saturday morning. This time yesterday I had just been leaving Twentynine Palms. There was a small little diner located just off the road and I needed the energy. I don’t remember what the place was called but you can’t miss it if you’re in the area. I had some cereal and a Belgium waffle which tasted amazing, but it is seldom that I don’t enjoy food so I may be biased. I was coming onto what was called “The Grade”, in which I was later told by a superior that they have seen many bicyclists attempt to get to the top, yet, all fail. Sadly, I didn’t have the type of bicycle to help me climb such an elevated stretch of pavement with ease. What makes this so brutal is not just the elevation but the wind that comes storming against you. I made it half way before my legs couldn’t handle it and began walking to the top.

Once you have made it to the top of the grade you have reached the city limits of Yucca Valley, thankfully they have some walking paths I could use. I made it through the city which brought me to Joshua Tree where the wind again picked up. There is nothing really in Joshua tree except a police station and a couple of commercial buildings so the rest of the trip was grueling. As I entered Twentynine Palms relief swept over me, yet that didn’t make the next 5 or 6 miles any easier.

At the end of the day I was exhausted and realized that a 50 mile bicycle ride in Michigan and Minnesota just didn’t compare to the elements encountered in the desert. It takes a true athlete to be able to make the trip with ease or do it daily. I then came to the conclusion that I would never make that trip again.