Blue Crabbing Fishing Spot On the East Coast of Florida

Other ways to Salt Water fish in Brevard County Florida

Salt Water Fishing off of docks is a great way to cast net for your bait fish. You will pay for your net in no time at all by getting your own bait fish. Also ask permission to fish off boat docks behind waterfront resorts/restaurants. There is some of the best fishing in Brevard County, Florida. There is an abundance of Saltwater Catfish, Snook, Red-drum and Trout under these docks.

Remember you need a Salt water fishing license to keep blue crabs and catch and release the ones smaller than four inches across the crabs back. 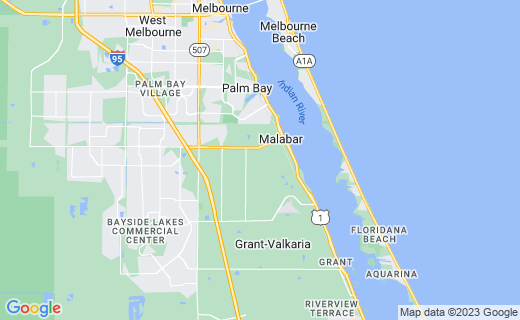 Gary's Backyard with his Dock

One of my friends, Gary Walker's last request before he died of cancer, was to have a salt water fishing dock built from his backyard into a brackish stream that ran from the the Inter-coastal waterway called the Indian River in Malabar Florida.

Gary and I picked up boards from the shores of the Indian River after storms hit and with the help of Florida Power and Light Company (he worked for) we accomplished this task.

The FPL Co. brought in their big electric truck with a huge auger and drilled the holes for the posts. Gary and I, with another friend Daphnia, pounded the nails to the boards to make the platform of the small dock. We called it Gary's Ground( if you get my pun).

In Florida with a Florida divers license and fishing license you are allowed five traps to catch Blue Crabs in the Indian River . In Gary's back yard ,he had one trap but we decided to use a chicken back tied to the end of a string.

We were having a great time pulling blue-crabs in and capturing them in the dip net before they dropped off the chicken back into the water.

We were so absorbed in the catch of the crabs we didn't see our third party person dropping the crabs into the cooler to save to cook later.

When we thought we had enough to boil we decided to celebrate with a beer.

We boiled the blue crabs in a big pot with water and Old Bay Spice( OB is spicy and good with blue crabs,chicken, fish and even better on popcorn, try it) on the fire-pit you see in the picture. We ate some of them right out of the shell being careful to discard the lungs,which are not edible. They are visible right under the top triangular shell that you grab from the back and pull off of the crab.

Then you rinse the green colored guts off under the water tap. With your fingers on each side of the crab, simply crack in half and you will see the most beautiful mouthwatering ,sweet, white crab meat you will ever eat.

2 eggs -beaten in a bowl first

The crab meat is cooked so in a small frying pan, fry the butter, garlic and onions until translucent.

Mix this mixture in a bowl with crab-meat , add in the beaten eggs,and salt and pepper to taste. Form into balls the size of ping-pong balls and roll in bread crumbs. Then fry in frying pan until all sides are brown and eat. Yummy.

Do you catch blue crabs?

Which way do you fish for blue crabs?

Get Your Bait YourSelf Salt Water Cast Net Fishing