Thanks for checking out our article and we greatly appreciate your support. Please comeback periodically as we have included various links that relate to fishing in the area!

Bob Hall Pier is located on North Padre Island, which is just east of Corpus Christi, Texas. It is a concrete pier that extends 1200 feet into the Gulf of Mexico. See Google Map Link.

There is an entrance fee based on the number of rods, and it has a store/grill that offers food, fishing tackle, and bait.

However, don’t let an entrance fee stop you from fishing the pier as the opportunity to hook into a Bruiser Saltwater fish is an offer that should not be passed up.

Moreover, great fishing in both the summer and winter months can be had with July to September providing for a chance at offshore species like King Mackerel of the end of the pier and Spanish Mackerel closer in to the surf.

Year round many species of shark can be caught including Bull, Tiger, Hammerhead, Bonnethead and others…. most common are the smaller Black Tips that frequent the area!

For those interested in roughing it, Padre Balli Park has public camping and showers available with campsites with RV hooks ups or tent camping.

Else, there are a number of hotels and condos within minutes away if not within walking distance from the pier!

PS: Do checkout the video below, it's a clip of the Texas State Record Tiger Shark being caught and released. It was caught by a fisherman from Bob Hall Pier!

Bob Hall Pier offers great opportunity to catch fish. That said, there is an entrance fee that is based on the number of rods. Specifically, the rates are detailed as follows (as of Year 2010):

Other than live bait like Shrimp, what is your favorite bait when pier fishing?

As things can get hectic when the bite is on, there are pier rules that fishermen should be cognizant of when fishing Bob Hall Pier.

Note: On first glance, it seems like a lot of rules; however, they make sense and ensure the safety of others visiting/fishing the pier. 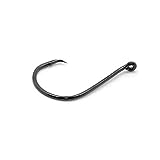 Do check out the video below about using a Ghost Shrimp Pump.

The pump used in the video was homemade and used instructions detailed in our partner HubPages article - "Making a Simple Ghost Shrimp Pump".

Do make note that there are daily limits in Texas for Ghost Shrimp. Before you go to the beach, be sure to read the latest rules and regulations on the Texas Parks and Wildlife website!

Thanks for Stopping By!

We hope this article has been helpful for our Readers.

If you get a chance to fish Bob Hall Pier, we welcome your comments and photos about your trip.

Please feel free to post comments in our Comments section below!

And, do check out the YouTube videos below to get an idea on what fishermen have caught at Bob Hall Pier!

Sharks and King Mackerel are the targeted species by big game pier fishermen.

But, don't forget the occasional Tarpon!

Another shark "caught" by a BHP Fisherman.

This one is a Bull Shark that puts up a hard fight.

Unfortunately, it breaks off as the fisherman and others try to figure out how to land it!

How about some Spanish Mackerel, Drum, Sting Ray, and a King Mackerel (we think at the end)!

No worries... looked like a lot of fun with a mixed bag of fish!

It's not on Bob Hall Pier but is close by... catching sharks from the surf!

Nice sized shark that put up a hard fight!