Ohio Stadium Could Have Been Chic Harley Stadium

The One and Only

Chic Harley was such an outstanding athlete in so many sports, that his exploits bough fame to The Ohio State University during World War II and thereafter. He is the reason that the Football Buckeyes are able to be so famous and talented today. If He Played, They Would Come

Opened in 1922 because OSU running back Chic Harley drew such large crowds to Ohio Field that the school have to build a large arena, Ohio Stadium has hosted games for 84 years out of the Buckeyes' 115+ year history. recent renovations have made "The Horseshoe" larger than ever.

They called the horseshoe The House That Harley Built, but they did not name it after him. Many of his peers in the Greatest Generation felt that this was sad.

There was talk of naming the shoe Woody Hayes Stadium, after our famous and infamous coach; or even Harley-Hayes Stadium, but the school simply left it as Ohio Stadium. A nearby college campus road is called Woody Hayes Drive.

Chic Harley really did build Ohio Stadium with his unparalleled football accomplishments. Ohio Field seated only a couple of thousand spectators and it was SRO - standing room only - to see Harley play. This is because he was great at running, passing, defense, punting, place kicking, and whatever else was needed. Chic Harley could do it all and there have been few others that can say the same thing.

Should Ohio State ever rename Ohio Stadium, Harley Field would be a chief candidate...Harley would letter in four different sports at OSU. He was also a natural as an outfielder on the baseball team, a guard on the basketball team, and owned the school record in the 50-yard dash. But his impact in football was groundbreaking.

Chic Harley In the Hall Of Fame

Beginnings Of a Career

Chic Harley began his football career in the early 1900s on the field at East High School on East Broad Street in Columbus, Ohio. It is a field that I marched on may times with a marching band without knowing anything about Harley at the time. 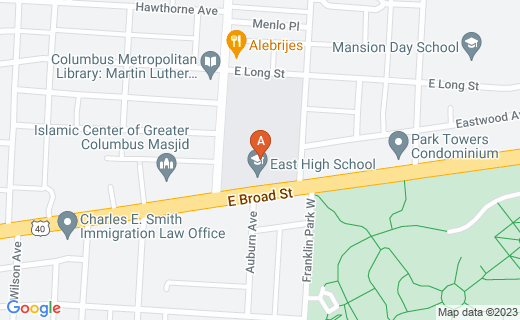 In 1919, the Buckeyes with Chic Harley as team captain defeated the Michigan Wolverines, the first time the Ann Arbor team had been defeated that year.

Chic joined the Buckeyes in 1916 and stayed through 1919. He missed only one year of play at Ohio State, because he went off to serve in the US Army for a year in World War I.

The Harley player's jersey Number 47 has been retired. This is notable in that in 2013, we have only 7 retired jerseys and only 6 are for players - one is for a coach, Woody Hayes (WH)..

It is interesting that Chic's first year at OSU, 1916, was also the year of OSU's first Big 10 Championship. I don't think they could have done it without him, because during the three years he played for the Buckeyes, they lost only one game.

Chic Harley was like Olympian and golfer Babe Zaharias, who seemingly could play any sport and win. Chic lettered in football, baseball, basketball, and track. He played outfield, guard, and sprinter. He became the first football Buckeye to earn All American three times.

Chic Harley graduated from OSU and signed to play with a new NFL team that was to be named the Chicago Bears. He was also to have had 1/3 ownership of the team. However, he was discovered to have permanent medical conditions stemming from his WWI service overseas and he was taken to a VA hospital in his home state of Illinois. He spent much of the rest of his life in that hospital until his death at age 78.

He would have been a tremendous addition to the Bears.

The One and Only: Chic Harley - America's Great Athlete

Harley was the first college player from Ohio to be named to the College Football Hall of Fame.

Ohio Stadium was built and renovated in the style of ancient Greek and Roman ruins, currently seating over 100,000 people.

Football Saturdays are so crowded in the campus area that the streets are rerouted one way to and from the stadium area, and closed off during certain games. This is all still the result of the momentum started by Chic Harley at old Ohio Field. The excitement has never stopped and an early and long lasting rivalry with Michigan has spurred it higher.

Since 1950, Ohio State University Football has not placed lower than fourth in home game attendance nationwide.

Chic Harley is honored at the stadium, as all of our OSU All Americans are honored, with a buckeye tree planted in his name - except that he has three. East High School named its football field after him - Harley Field.

At OSU, Buckeye Grove with its memorial trees is found on the east side of Ohio Stadium, and since 1934, a tree has been planted to honor every new Ohio State All-American in the spring. 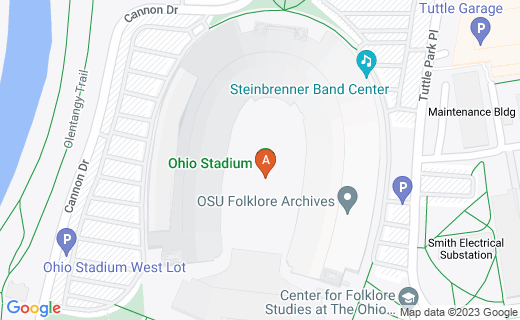