Crock pot one, two, and three

Even at my ripe old age, I still camp every chance I get. Camping has been the year round activity that all of my kids (now grown) have been exposed to from babies to having kids of their own. I am proud to say that my grandkids have developed a love for camping also. I am sure, that even when I go to the great campground in the sky, that my grandkid’s kids will still be using some of the equipment and continue to share some of the “original” equipment or at least hear tales of “great, great, grandpa” an how he use to camp. Every wet, cold, dirty, fun, funny, experience will have been worth it.

But, with that being said, let me share just one aspect that continues to evolve: CampCooking.

Camp cooking, in the beginning, usually was more of a “purist” start…open fire with a rusty grate. That later turned into using a tripod and a liquid fuel camp stove and now, at least for the last couple of years, has added “the crock pot”.

It was actually my daughter #2 that showed up on one camping trip with the crock pot. I rolled my eyes at first, thinking that she was “ruining” the whole concept of camping, but, now unless I’m trail camping, I wouldn’t be without one. Truth of the matter, part of my arsenal of camp equipment includes not one, but three, crock pots.

Setting up camp usually goes pretty smooth. The boys usually set up the tents, and the easy-up. I use to think I had to be “in charge” of where the tents should be, the best place for the campfire, and how the ancillary things like camp chairs, table placement, and coolers should be arranged. Not any more. My primary function now is organizing the food and preparing the first meal. My second function is sitting in my chair and watching with great pleasure the campsite coming alive.

My first order of business is plugging in crock pot one and filling it with a precooked simple meal like Sloppy Joes. Heating it up is quick and easy and preparing the rolls, plates, cheese slices, and a bag of chips, times everything “just right”. By the time camp is set up and everybody is ready to take their first explore around the campground or search out camp firewood, the meal is ready and the feast is quickly devoured.

Crock pot one has only begun to serve its purpose. Any remaining sloppy Joe that is remaining stays in the pot and the pot gets switched from “high” to “keep warm”. What remains in crock pot one becomes the start of meal number two. Meal number two is sometimes tacos or a sauce base for hamburgers or hot dogs cooked over the open fire that will be cooked later that evening. When the evening is done, any remaining mixture is saved for the next day. I will explain my “trick” to saving the mixture further down in this article. (And, by the way, so far, there has been very little clean up needed because of my “trick”.

Crock pot two is the “big” one. I start this one in the evening or very early in the morning of the second day of a three day campout. It won’t be “ready” until the final meal and is a gradual process that involves adding more ingredients, some of which come from “leftover” meals throughout the previous two days. Again, I use my “trick” as I mentioned before. This meal ends up being the-sit down, rebound, family (and sometimes newly acquired friends), meal of thanks. I don’t always make this one, but when I do, it reveals the love and laughter that perpetuates the ideal of “families that camp together—stay together—for ever. This is our turkey, ham, or roast beef or pork meal.

Easy, serve yourself when you are hungry, or bad weather crock pot cooking works well, especially if there are a lot of “activities” happening causing a lot of “in-and-out” at the campsite. I’ve also been know to use crock pot three, especially on cooler/cold occasions to create a special hot chocolate mixture or for the adults, a hot-toddy warm me up delight. I have included my favorite “hot” drink recipes below. 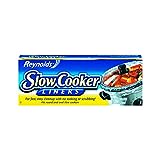 I can’t really say this is a “trick” as much as it is a matter of camping ease. Clean-up of dishes, cookware, and “crusty” crock pots has never been the most sought after camp chore. It’s not nearly as fun as collecting fire wood or collecting camp trash…but, it can be simpler by using crock pot liners. I hope to meet the inventor of these things in campground heaven someday. Most liners fit all sizes of crock pots. When you are done cooking you simply pull them out and throw them away leaving the pot as clean as when you started. I also will pull a liner from the pot if there is still a good mixture remaining and close it shut and put it in the ice cooler for the next day’s concoctions. Simple, easy, and relatively inexpensive.

Families that camp together...stay together

This is a real treat especially in the Fall or cooler weather. A crock pot full of rich hot chocolate with real bits of mini kisses and floating mini marshmallows certainly won’t go to waste. When I make a batch for camping I use a good mix and use a combination of both milk and cream. I also liven up the experience by providing a hot chocolate “bar” that includes extra marshmallow, peanut butter, butterscotch, and dark chocolate chips. Important: turn your crock pot to low after the initial heating of any crock pot drink.

For the adults only imbibement, I will make a Hot Toddy type of drink that makes for a perfect ending to an adventurous day and also serves to help cure the “sniffles” and raspness that can happen on chilly evenings providing a comfortable sleep in a sometimes uncomfortable sleeping bag. To make your own concoction, consider using a typical brandy or whiskey variation, add honey, some sugar, and spruce it up by floating orange slices in the brew. I generally will add a full fifth, with two times the amount of water and a whole small bottle of honey. Besides setting the crock pot to low after initial heating, it’s always a good idea to make sure camp is closed down for the evening first leaving the only thing left to do, is to crawl inside your tent. 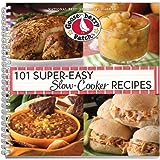 Cooking a turkey while camping doesn’t quite seem right, does it? Well, I’m here to tell you, that it works and for some reason, its actually easier than cooking it at home in your oven. Cooking a 12 pound turkey in a crock pot makes gives you a well done moist and tender family meal that doesn’t need basting.

Start with a 10 – 12 pound turkey and a crock pot that is at least a 6 -61/2 quart size. Remove all packaging and innards like normal and stuff it if you wish. Put in a whole lemon, a head of garlic, and a handful of herbs into the cavity. Rub the skin with olive oil and salt. Add about a cup of apple cider and about a cup of chicken stock. Cook on high for about 2 hours and switch to low for about 6 hours. That’s it! I have also used my tripod over a low fire after cooking to get a crispy skin and add the “smoked” flavor. The juice from the crock pot makes a great base for gravy. I also foil wrap potatoes and place them in the coals of the fire for about two hours before the turkey is ready.

Hot Dogs and Burgers in sauce

When I start cooking hot dogs and burgers over the fire, I always and purposefully make “too many”. I use the left over sloppy Joe mix from the night before, put it in the crock pot and add a can of tomato sauce, any leftover bacon from breakfast, and then put extra hot dogs or burgers in the crock pot and set on low…its amazing that when the final camp fire of the day is burning how quickly these leftovers disappear.

There are a lot of terms for it, but because I’ve told so many stories around the campfire about hobos, my kids have named my breakfast crock pot mush, Hobo Mash. I am usually the first one up in the morning and get a food fire going and brew a pot of coffee. After that, I mix up a dozen or two of eggs and quick fry them along with some bacon on the fire. There is no need to wake anybody up because the combination of the smells of the bacon and the coffee work far better than any alarm clock. I throw the eggs, the bacon, and cut up leftover baked potatoes from the day before in the crock pot. The kids have learned that they can take their time rolling out of their bags because breakfast is hot and waiting at their own convenience. They also have learned not to wait too long—even when a make a full pot, it goes fast!

Waking to the smell of bacon, coffee, and Hobo Mash!

I don't have this one yet, but maybe this year! How cool would this be? It would work really good for doing a hot dog bar with chili in one, kraut in another, and cheese in the third...It would definitely be the "hit".

What is your favorite camp smell?