Out of all of the physical benefits that cycling brings there are a few side effects that can occur while riding which can become detrimental to your enjoyment of the sport and event performance. Leg muscle cramps while cycling can be debilitating to your performance and the pain can be unbearable.

leg cramp cycling can be a very bizarre phenomenon in its onset and despite scientists having studied the subject for many years, they still haven't been able to showcase one simple particular cause of muscle cramps, only a selection of contributory factors.

You could be feeling strong in a breakaway thinking you have a chance of winning or suffering like a dog at the back of the bunch. It’s not even specific to long distance events as many cyclocross riders and time trial riders will attest, it can turn you from being the strongest rider in a sportive to the weakest in just a few pedal strokes.

So just what is a muscle cramp?

Muscle cramps are involuntary muscle contractions where the contraction is so physically strong where the muscle does not relax. They can involve a whole muscle group or simply be localised as is often seen in cyclists. They’re most common involving muscles which cross two joints- affecting mainly the leg and foot. Cramps can effectively cause your legs to lock up in a vice like grip and when bicycling that can forcibly put an end to your race.

Tell us your cramping story

Have you ever suffered leg muscle cramps when cycling?

Which muscles have a tendency to cramp when cycling?

In cyclists the main muscle group which has a tendency to cramp while riding is the quadriceps group of muscles at the front of the thigh which cause the extension of the knee while riding. Their recruitment comes in on the down stroke within the power phase from the point where the cranks are parallel to the ground below. (As shown below by Belgium's Philippe Gilbert).

What causes muscle cramps while cycling?

In a sporting age obsessed with sports science and the physiology of racing performance it's hard to believe that there is no definitive answer to what causes leg muscle cramping when cycling. There are a large number of circumstances which have been put forward which can lead to muscle cramps although many do not exclusively cause the dramatic effects. The following have been cited as potential theories.

Due to the non-specific nature of leg muscle cramping problems when cycling it's vital to put in place a multi-angled approach to targeting the main factors involved through training, diet and other considerations.

One of the more traditional explanations for cycling leg cramps has often been cited as being the onset of dehydration. Water is the most important componant of a cyclist's body which accounts for around 60% of a man's and 55% of a woman's body mass.

When we sweat during exercise and as a result of our interaction with the environment we lose some of that water content as well as elctrolytes which are responsible for our fluid balance. That fluid balance is significantly important in the healthy functioning of our body- Particularly our working muscles and the excitability of our neuromuscular pathways.

To dispel the myth that dehydration causes muscle cramps researchers have shown that the level of dehydration of athletes is not a significant factor in the onset of exercise-associated muscle cramps (Braulick et al. 2012).

Electrolyte losses are a little more difficult to predict than your actual loses from sweating. Every individual has differences in their levels of intra-muscular electrolytes. 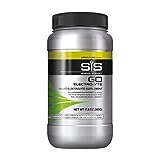 Hyponatraemia is a fall in the blood plasma sodium concentration. It has been shown to occur in cyclists when exercising for a prolonged period of time or when large volumes of low sodium drinks such as water are imbibed by the athlete. Most reports of such problems fall into the categories of ultra endurance events such as Ironman Triathlon and Ultra-Running races of greater than 8 hours.

Despite little evidence within the sport of cycling (likely to be down to lack of interest or very few significant occurrences) a rider should be conscious to take on electrolyte rich drinks on extended training and racing to ensure the electrolytes are available for the working muscles.

Impaired neuromuscular control as a result of fatigue

One of the more recent theories on muscle cramps during exercise relates to the muscle fatigue triggering abnormal nerve activity which effectively leads to the computer program that is the neuromuscular system to effectively crash.

One of the most recently proposed hypotheses of leg cramps during exercise is that alternations in neuromuscular control is the principal mechanism the leads to exercise-associated muscle cramping in athletes. It results from muscle fatigue and leads to disruptions in muscle coordination and contractile action.

This altered levels of neuromuscular control results primarily from a lack of training preparation for your event due to the extreme physical needs of the sport. In some ways it is hard to mimic race situations completely but in a prolonged endurance sport such as road cycling it is vital to build the attributes of strength and muscular endurance for your body to be able to cope with and adapt to the intensive demands of racing,

You don't want to cramp up during a time trial

Exercising in extremes of hot and cold can have dramatic effects on the human body which force it to perform outside it's normal range of functionality. Our bodies are unique in that they have many coping mechanisms for environments which feature freezing cold or roasting hot temperatures. However the body isn't designed to perform solidly at such extremes and side effects subsequently can occur, particularly during prolonged periods of endurance training such as long distance cycling.

Extremes in heat and humidity expose the body to a greater risk of dehydration which can be a risk factor for muscle cramping during cycling.

A historically used drug to limit the effects of muscle cramps is quinine and it was originally prescribed to soldiers fighting in the trenches to ensure their muscles were able to keep moving in the heat of long battles. However when overdosed, quinine can be toxic and therefore have a negative effect on performance.

Unfortunaely, despite it's historical prevalence, quinine has been scientifically shown to not significantly affect Katzberg et al (2010) found that quinine derivatives should be avoided for routine use in the management of muscle cramps due to their inherent toxicity although they also discovered that Vitamin B complexes, Naftidrofuryl, and calcium channel blockers such as diltiazem can have a positive effect on relief from muscle cramps in some individuals.

One of the best ways of flushing out muscle cramps is light, specific stretching for your leg muscles if you start to experience muscle cramps. Hamstrings stretches and quads stretches are therefore vital as these are the main muscles which tend to cramp during or after cycling.

Products and techniques which could help you to overcome cramps

As it seems that no one suffers from cycling related leg muscle cramps for the same reason there are a whole host of options many people have chosen in the past to break and beat the dreaded leg lock-up.

Below are a selection of techniques, general food and diet related items and pharmacological agents which could potentially be considered in the battle to beat cycling muscle cramps.

Please be aware these are recommendations only. Items highlighted * are suggestions made by contributors at http://www.roadbikerider.com/ and therefore full medical consideration should be made before their use.

Is there anything we've missed that's worked for you?