Where Are Duck Commander Duck Calls Made?

It would be highly surprising if everyone has not heard of the name Duck Commander, or has not by now at least seen an episode of Duck Dynasty to know who the Robertson family is and what they do. Maybe you still have not figured out exactly what those crazy bearded men on TV do, why they have a TV show to begin with, or why they are so wealthy. Put simply it is all because of Duck Calls. Rewind a year ago or so, and the average "yuppie" as Phil Robertson likes to say, would have no clue who any of the Robertson family is and would have probably gone out of their way to walk a distance away from the long bearded Robertson men. However, within the hunting community it is a completely different story. The Duck Commander brand has been a well known name within the waterfowl hunting community for years, especially from their The Duckmen series hunting videos and the quality of their handmade and personally tested duck calls.

The calls made by Duck Commander have proven that they have the most realistic sounds, are easy to use, and probably one of the better selling points is that each one is still put together by hand and quality tested at the warehouse in West Monroe, Louisiana. Each call is tested before it is shipped to ensure that each and every call that goes out has that perfect sound.

Where is Duck Commander Warehouse and Headquarters? 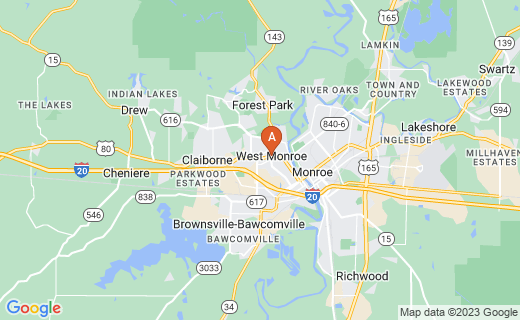 Phil Robertson started the company, Duck Commander, around 25 years ago from his home in Louisiana, because he realized the need for quality waterfowl calls that sounded like the real thing! At the time there was nothing with that caliber of sound quality on the market so he decided to have a go at it himself. Phil's patented double reed design has revolutionized the duck call industry. As stated before the Duck Commander name has been around in the hunting community for years and all of the Robertson men have been well known for growing long beards and having long hair. A couple great aspects of the company is that it has been family owned and operated since the early days when they started and ran the company from the Robertson's living room, and currently the company is still ran by the Robertson family. Phil has less to do with the day to day operations of the company now, and his son Willie Robertson functions as CEO. 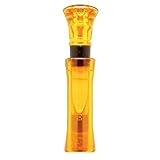 DUCK COMMANDER Duck Picker Call
The Duck Picker is an excellent call for those just getting into duck hunting and even seasoned duck hunters will find this to be am easy to use, qualty duck call.
Buy Now 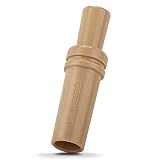 DUCK COMMANDER Wood Duck Call- Three Realistic Sound Levels, Hunting Waterfowl Lanyard Accessories
One of the only calls that truly reproduces the sounds of the Wood Duck. A must have for serious duck hunters!
Buy Now

I have been a duck hunter for probably close to thirteen years now and even got a bachelors degree in Wildlife and Fisheries Biology. So I have heard more than enough real duck sounds in the wild to know that there is really no comparison to the sounds produced by Duck Commander's Duck Calls.

To get a duck call to sound like the real thing takes a few things to come together. First it takes a quality made call, a dedicated hunter, and a lot of practice. A dedicated hunter, you can check that off, I have spent most of my life in the woods. Practice, check that one off too. My fiancé loves that one, well I wouldn't exactly say she loves hearing duck calls in the house, but she puts up with it, and I doubt she would admit it but I think she is starting to get into it a little! Now as quality goes, I have been using Duck Commander Calls for awhile now, so when I received my Wood Duck Call in the mail right before this past season I knew I was going to get a quality call. And the Duck Commander brand did not dissappoint this time either!

If you have never had the pleasure of being in the woods and here the sounds Wood Ducks make, it is very surprising! They do not have the normal quack associated with most ducks. They have hire pitched sounds that until I received this call, no other company has been able to reproduce. We have a lot of woodies around here so I will be using this call for years!

This is the call I carry with me everywhere, and yes I have one with me, in the car, and several others. On my way to work there is a company that has several ponds with ducks year round and I always roll down my window and call ducks for a few minutes. They respond to it every time! This call has been my number one for years now and will always have a spot on my lanyard in the woods. 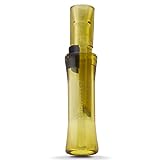 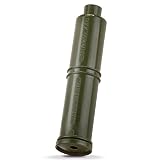 DUCK COMMANDER Mallard Drake Duck Call
The mallard drake call is made of durable plastic that is good for all conditions and any terrain. Reedless call.
Buy Now

Happy, Happy, Happy: My Life and Legacy as the Duck Commander
Buy Now

Where can you get Duck Commander Duck Calls?

Many stores that sale hunting and fishing gear will carry items with the Duck Commander brand. Some of these stores include