Question: What are suggested lures and baits that catch Rainbow Trout stocked in Texas?

Note: Also, use it as another excuse to go fishing more!

In answering the question posed at the beginning of this article, the first step was to "Go Fishing". Sounds simple but where does one go to fish for Rainbow Trout in Texas?

Since Rainbow Trout prefer cold water and Texas gets really hot at times, what is the likelihood that fish can be caught in the state?

Each year the Texas Parks and Wildlife Department (TPWD) stocks Rainbow Trout throughout the state.

Most of the locations stocked are community lakes and ponds but there are several rivers that receive stockings as well.

For more information on stocking locations and schedules, check out the Rainbow Trout Stocking Schedule posted by TPWD.

As the Team fished, we collected data on lures and baits used for a given fishing trip.

Additionally, reports submitted by other fishermen in the area were incorporated into the database being created.

From 2009 to 2013, data were collected and 879 records were generated. The data included the following information:

Additional information was collected; however, as we reviewed the information, we focused efforts on identifying trends in lures and baits and removing data outliers which included low sample sizes for a given lure or bait.

In the sidebar is an example of the results for the 2011-2012 Trout Stocking Season.

Over the years, at the end of a Trout Stocking Season, we would review the information collected and then post results online. The link to "Texas Rainbow Trout Fishing: Top 5 Lures and Baits for Community Lakes" is no longer available but do read on....

For this article, we intend to review the information collected from 2009-2013. The following sections below briefly summarize key points from trends identified in the review.

879 records were loaded in the database (see Table 1 in the sidebar).

For Bait, PowerBait was used 78% of the time, and Grocery and Natural Baits were used 18% and 4%, respectively.

For Lures, Flies (Fishing Flies) were used 51% of the time, and Spoons and Inline Spinners were used 35% and 14%, respectively.

Although there was bias in the sample as the Team preferred to use fly fishing gear and fishing flies when using lures and PowerBait when using bait, the observation does provide evidence that these lures and baits are effective for Rainbow Trout.

More important were the results illustrated in Tables 2, 2.a, and 3 which provide clear trends in specific lures and baits used during the reporting period.

Table 2 showed interesting trends for a given type of Bait - specifically,

Focusing on the PowerBait group, Table 2.a showed preferences in color and "brand" (in this case, we refer to brand as Trout Bait, Trout Worm, Power Eggs, etc) - specifically,

Similar to the findings for Bait, Table 3 showed interesting trends for a given type of Lure - specifically:

This section briefly summarizes the results of our review. Although limitations in the data and bias (as noted in section 3 above) does exist, key observations can be inferred from the review - specifically,

General Rule: Continue to stock up on the lures and baits noted in the Summary of Results Then, be ready to switch once a pattern is established for the area you are fishing. 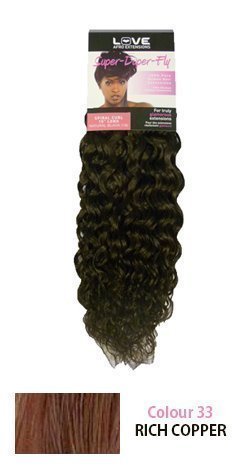 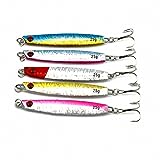 Finally, we close out the article by publishing it online, making it available to Readers for future reference.

It is our hope that the Question - "What are suggested lures and baits that catch Rainbow Trout in Texas" was answered, and that Readers find the information helpful when fishing for Rainbow Trout!

Do check out the polls listed below; we would appreciate your input as we seek more information on additional questions that resulted from the review - specifically,

Till we meet online again... Good Luck and Good Fishing!

What color Super Duper do you use most often when fishing for Rainbow Trout?

What color Rooster Tail do you use most often when fishing for Rainbow Trout?

What color Power Eggs do you use most often when fishing for Rainbow Trout?