Many people call high school teams in small towns "losers" and many call Ohio denigrating names like "cow-town state", but sometimes the people are wrong.

Traveling past Gibsonburg, Ohio several times a year on I-75/US 23 toward Michigan, I'd heard nothing unusual about the town until a 2012 independent film made its way to Central Ohio theater screens. During the first week of June 2013, a Red Carpet Premier was held is many metro areas around the nation, including the Marcus Cinema in Worthington, Ohio.

The theater crew was dressed in Gibsonburg jerseys for the occasion and filmgoers had their photos taken in front of the Red Carpet display. The crowd at the premier filled the large theater lobby with excitement before the screening and with positive comments afterwards.

In the Spring of 2005, the previously hardworking but inept high school baseball team of Gibsonburg High entered the Division IV State Championships with a season record of 6 wins and 17 loses.

Immediately upon the beginning of the championships, Gibsonburg won eight straight games and the Championship Title. At the 2013 premiers around the state, crowds were still talking "miracle." 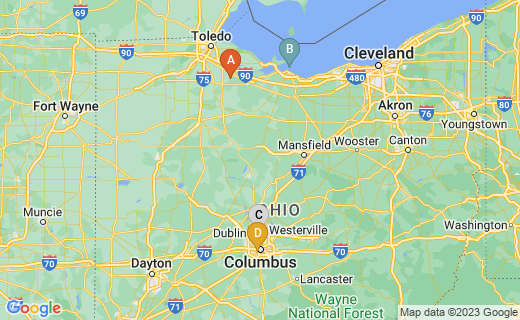 The championship games were played at the former Copper Stadium in the State Capitol, Columbus. Since that stadium closed soon afterward, Gibsonburg playoffs were filmed at the much newer Huntington Park ballpark an Downtown Columbus. One of the announcers for the games is the well known 18-year MLB veteran Kent Mercker, who earned a World Series ring and threw a no-hitter for the Atlanta Braves.For a small-budget film (about $200K), this film features some top names.

The Guibsonburg first base coach throughout the film is the actual 2005 head coach, Kyle Rase and the movie is dedicated to the memory of his father, Ron Rase. The elder rase is the first to have suggested a book or film about the 2005 team and Kyle still seems to remember the details of every play in every one of the eight games won in the campionships.

The captain and starting pitcher of the Gibsonburg Golden Bears, Andy Gruner (played by Louis Bonfante), graduated from the University of Cincinnati in 2011 and went to Dayton OH as a pharmacist with Walgreens.

Bob Mahaffey is a Columbus celebrity - a writer, producer and director. In 2003, he opened a company called Xcelerate Media Inc., in his Dublin OH garage. He made Gibsonburg with a crew of 50 college and high school students who worked as interns for a percentage of the film's profits. A few award-winning film production pros were added and Mahffey worked 20-hour days throughout preparation and filming.

The acting throughout the film is believable, with only a few words sounding stilted in a couple of scenes. There are no special effects, but the strength of the story and interaction among characters need none. One particularly good sequence is one in which a Golden Bear player is bullied ever since Pee Wee and Little League play by a bully pitcher, and never lets the harsh treatment defeat him.

Long-time comedienne and actress Judy Tenuta plays the part of the stage mom of a high school pitcher who is an extraordinary bully. She screams and throws things like some real parents do in Little League outings. Meanwhile, her son "Pinkus" beans every batter he can with his fast ball.

The 2005 Champions were played by college students, many from The Ohio State University and Ohio University in Athens. In addition to the Andy Gruner role:

The film is ninety minutes long and centers on baseball, the hardworking young men on the team, and social hub of the town, the Ideal Bakery.

The bakery is a warm, welcoming place that makes a professional array of pastries, cakes, and desserts.

In May 2013, the owners took a call from the Canadian Food Network that invited them to compete in the CFN Donut War show (see video below).

Now the Ideal Bakery, established in 1922, is in the league of Chef Duff and Ace of Cakes.

A Mystery in a Bakery

The baseball story in Gibsonburg is story enough, but Bob Mahaffey increases the quality of even that with a mystery woven around and through the Ideal Bakery. Old drawings and a lockbox beured in a stone wall lead to questions as well as answers to financial problems in the small town.

The mystery in the bakery lends a measure of mysticism to the sudden winning streak of the Gibsonburg Golden Bears. At the beginning of the season, Coach Rase instructs the team never to give up and to always believe in themselves and their teammates. Did this belief bring them astounding success over other teams, financial hardship, and even bullies? Perhaps so. Whatever the source of success, it is extraordinary and Coach Rase is still excited about 2005.

Gibsonburg High School and the Best Donuts In Northern Ohio 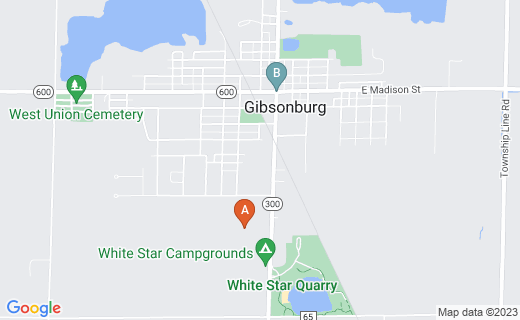