Horse's have been a passion of mine for over 50 years. As a kid I watched Secretariat win the Triple Crown and have forever been a fan.

"More than three thousand years ago a man named Job complained to God about all his troubles and the Bible tells us that God answered. Do you give the horse its strength or clothe its neck with a flowing mane? Do you make him leap like a locust, striking terror with his proud snorting? He paused fiercely, rejoicing in his strength and charges into the fray. He laughs at fear, afraid of nothing, He does not shy away from the sword. The quiver rattles against his side, along with the flashing spear and lance. In frenzied excitement he eats up the ground. He cannot stand still when the trumpet sounds". movie, Secretariat

As a young girl I fell in love with horses but what little girl doesn’t. In 1973 I had plopped myself down in front of the TV to watch the Kentucky Derby. When the horses were brought out of the paddock area to the track I noticed a big beautiful red horse. He was a great looking athlete and carried himself with pride. The horses were loaded into the starting gate for the race and I watched as this beautiful, strong horse won the race. Little did we know at that time, that Big Red (as he was known) would make history that summer and would forever be a part of racing history. That summer a 12 year old girl had found Thoroughbred racing, and Secretariat. To this day he is still my favorite racehorse and every summer I watch all three races that make up the Triple Crown. When he won the third race, the Belmont Stakes by 31 lengths I remember thinking there will never be another one like him. There have been other's that I rooted for hoping to witness another Triple Crown winner like Secretariat. In 1977 the great Seattle Slew did it followed by another great racehorse Affirmed the following year. The dry spell has been going on for almost 33 years. There have been moments when the taste of winning all three races was very close. There has also been tragedy on the track in pursuing that ultimate prize of being listed with the great horses that have gone onto win Triple Crown.

Secretariat and His Date With History

Secretariat was foaled March 30, 1970 and was sired by Bold Ruler. When he became Triple Crown winner in 1973 it had been 25 years since it had been done by the great Citation. Secretariat was owned by Penny Chenery Tweedy, he was trained by Lucien Laurin and main jockey was Ron Turcotte. Penny Chenery’s Meadow Stable’s colors where blue and white checkered. In his racing prime Secretariat stood 15 hands, 2 inches tall and weighed 1,175 pounds of pure athlete.

Someone once said, a sure thing isn’t a sure thing but then there was Secretariat. Those that were at the Belmont Stakes to watch him race into history said the buzz around the track was unbelievable. There was excitement in the air and when he won by 32 lengths the place had gone wild. I know watching it on TV the neighbors probably were wondering what was going on in our house. I was cheering for him all the way and remember that he kept pulling away. He seemed like a freight train that could not be stopped and when it was over it was almost surreal. He is the one horse I had always wanted to see up close and personal. I remember being on a website about him and people had posted their memories of that great day and other events. One man had written that he finally goes to see him in person and even though his racing days had been long over he said Secretariat was magnificent. He mentioned that not much later the racing world had lost one of its greatest racehorses,

Secretariat raced two years with a record of 21-16-3-1; and $1,316,808. He was named 2 year old colt of the year (Eclipse Award) and of course was champion 3 year old colt in 1973. Number of foals attributed to him was 653 with 57 of them being Stakes winners. When he ran the Belmont he not only set a track record he set a world record. Secretariat broke numerous track records and set another world record at the Marlboro Cup in 1973. It is hard to believe that the story of Secretariat began with a coin toss in 1968 between Christopher Chenery of Meadow Stables and Ogden Phipps of Wheatley Stable. They tossed over who would get first dibs on foals produced by Bold Ruler and two mares. Ogden Phipps won the toss and made his pick which would be Hasty Matelda and the unborn foal of Somethingroyal was to be going to Cherery. At 12:10 a.m. Somethingroyal’s foal was a beautiful colt with bright red coat and three white socks. As a yearling he still had not been named and 10 submissions to the Jockey Club had been denied. Elizabeth Ham who worked for Meadow Stables submitted Secretariat based on her career association and the name was approved. It would be a name that would go down in the history books and is still remembered today. Secretariat is still considered today to be one of the greatest athletes ever to grace us with his presence.

First 'Secretariat Award' given to Zenyatta, this award was started by Penny Chenery Tweedy and will be handed out annually.

The Kentucky Derby - First Race of the Triple Crown

In a less than 3 weeks we will hopefully see another Triple Crown Winner. California Chrome has caught our attention. When I first caught a glimpse of him I knew who he was related too.

His pedigree is made up of legends and one of those was the greatest of them all. California Chrome has some big hooves to fill and we will soon know if he will accomplish this.

Update: Another year and no Triple Crown winner.

With a pedigree that includes Secretariat and his daughter Tarlingua, Bold Ruler, Northern Dance and Unbridled, this horse was bound destined to make history.

The 37 year drought is over. 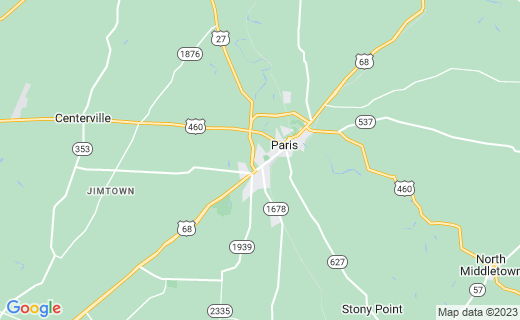 I sat in the theatre reliving those days and what a joy it was. The cast is great even down to the horse's that play Secretariat. Diane Lane as Penny Chenery Tweedy was a good choice and if you watch closely at the end of the movie you will see the real Penny standing behind Lane. John Malkovich as Lucien Laurin steals the show. Well, almost. There is the star of the movie and he looked a lot like Secretariat. This is a good family movie and if you are a Secretariat fan it is a must see. I will be buying this when it comes out on DVD.

The Plight of Former Racehorses

This is something that gained big attention in the dog racing world but for some reason you do not hear much about what happens to racehorses that are no longer racing. We go to great lengths to rescue Greyhounds from the terrible future after their racing days are over. Many racehorses in up in slaughterhouses instead of roaming a field or a saddle horse to be ridden for pleasure. Do not forget these athletes.

Secretariats brother Straight Flush was in his 30's and headed to the slaughterhouse. Once a great racehorse now down on his luck. He was rescued and lived to be over 32 years old. He was bought for $200.

Ferdinand the winner of the 1986 Kentucky Derby was sold for his meat in 2002 because his stud career was a failure.

It was estimated that in 2008 over 100,000 American bred horses are exported for their meat. It has worried some in the racing world that Charismatic and War Emblem may also have the same fate. Both have been exported for breeding but worry once that their stud services are no longer viable they too will be slaughtered.

I know in Europe and other countries they do eat horse meat. We all know that horse meat ends up in dog food. My feeling is that horses have given us pleasure, made people money, made people famous, worked on the farm and have carried us into battle. They deserve our respect before treating them like dog meat.

The owner of Secretariat, Penny Chenery said that more should be done for retired racehorses and was glad to see that Straight Flush finished his last days on a ranch in California.

Hall of Fame Jockey, Gary Stevens: "Each and every horse I rode in my career helped make my career. Each one meant something to me, whether it was a low level claimer or a Derby winner. Every horse deserves a happy life at the end of their racing career. Unfortunately, most don't get one. Remember Me Rescue can make a difference by giving horses the happy life they deserve after their racing career."