Greatest Soccer Players of All-Time: A List of the Best Footballers Ever

Who are the greatest football players of all time? There have been so many legendary and talented player to have ever played this marvelous game that is makes it very difficult to narrow it down. There will always be a spirited discussion about this, but for now, here is a short list of who I consider to be the greatest soccer players of all time.

Diego Armando Maradona is arguably one of the greatest football players to have stepped on a football pitch. You might have not seen him playing on the pitch but watching recorded videos of his style of play and goals would surely make you baffled. He played 91 times for the Argentina national team scoring 34 incredible goals in the process. He was the captain of the Argentina team that won the 1986 soccer world cup. This tournament saw him winning the golden ball in recognition of being the best player in the tournament.

Great players are sometimes faced with challenges and controversies on top of the success they have seen and maradona happened to be that at some point in his football career. Some of the infamous things remembered for maradona include 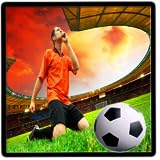 Pele, the Brazilian soccer legend is regarded as one of the greatest football players of all time by football lovers across the globe. Pele’s contribution to the football game is massive and would be remembered for many many years to come. Some of the achievements and honors bestowed on a man once regarded as the king of football include

Zidane or "Zizou" as is commonly known is no doubt among the elite list of footballers who can boast of being among the greatest football players of all time. The French midfield maestro was simply the best in his position and has won the admiration of many people during his playing time. He could dictate the play from midfield, score goals and pass balls accurately to team mates and as such we will be missed by the general football audience across the globe.

His major achievements include

Alfredo Di Stefano is undoubtedly one of the greatest football players to have ever kicked a ball. Di Stefano, a man nick named “blond arrow” was one of the best forwards in his generation. He was versatile, quick on the ball and had a great vision and stamina for goal and as such he was more than capable of giving any defender a hectic time on the pitch. Di Stefano was described by some of his professional soccer players as ‘the most complete player to have ever played football’ but sadly this great talent has never played in a world cup.

Some of his honors and achievements include:

George Best was a great football player who had almost everything that makes up a top player. The Winger who could also play as an attacking midfielder was one of the finest players in his generation. He played for many clubs but Manchester united football club is where he spent most of his professional football playing career.

Some of the major honors he achieved include:

If you are a football enthusiast or you happen to be a fan of Barcelona or Ajax, then Johan Cruyff would forever remain in your heart. Cruyff is one of the greatest footballers that the world has ever seen. He played for the Dutch national team scoring 33 goals in 48 appearances as well putting on the shirts of two great European clubs; Barcelona and Ajax.

Some of his major achievements and honors include:

Beckenbauer is possibly the best player Germany has ever had and one of the greatest football players of all time. He was nick named the emperor because of his leadership styles on and off the football pitch. He played most of his professional football career in his native Germany except for the small period of time he was in the United States.

His major honors and achievements include

Michel Platini who currently serves as the president of European soccer governing body, UEFA is undoubtedly one of the greatest football players of all time and some of his major honors and achievements include:

What do you think? Do we have the list correct? Who do you think are the greatest soccer players of all-time? Comment below!