What is a Paddlefish? Are They Good to Eat?

Paddlefishing is a fun family past time of ours. We would all pack up our gear and head out to Glendive Montana for a week of family fun. Dad would place bets on who would catch the first fish, the biggest fish, and the littlest fish. Then we would head out for hours of pounding the water in a race to beat the sibling or parent.

Here are a few of the comment questions we have been asked when talking about paddlefishing trips.

What is a Paddlefish?

In some parts of the country, a paddlefish is called a spoonbill cat fish. It looks like a dolphin or porpoise but has a long snout in the shape of a paddle.

Where are Paddlefish found?

Paddlefish migrate upriver and can be found in the Mississippi River system and the Yellowstone River system.

What do Paddlefish eat?

Paddlefish have gills that filter out the water and eat zooplankton organisms. Some believed that the snout was used to dig up the bottom in search of zooplankton.

How big is a Paddlefish?

How do you catch a Paddlefish?

We use a deep sea pole with 80 pound test line. Some people use 40-50 pound test, but by using 80 pounds one can handle a 100 pound fish better. The sizes of sinkers we use are 5-6 ounces, and we use a good size treble hook. (I forget the size of the treble hood, but will look into it.)

To catch a paddlefish is a matter of skill. One needs to wade out into the water about ankle to mid calf deep and cast out the line and sinker. While reeling in, swing the pole back towards the bank. Do this three times, then hold the end of the pole in while reeling quickly. (If improperly done, you will be snagging on the bottom and rocks.)

If a paddlefish is snagged, sometimes the fisherman will think he is snagged on a rock or something, it will shoot off downriver. Then it is a game of wits as the fish tries to get off the line and the fisherman coaxes it in to the bank. I have seen a fisherman walk a mile or more just to bring the fish in. (Like deep sea fishing, it can’t be rushed.)

Yes, but it is recommended not to eat the red meat that is on the outside layer. To me eating paddlefish was similar to eating a catfish, but with better flavor. We sometimes cube it up and deep-fat fry it. Depending on the size of the fish, a fisherman can get some thick steaks from the meat.

The roe of the paddlefish is popular and considered a delicate caviar dish. My dad enjoys processing his own roe from fish he has caught.

No, Paddlefish are similar to a shark or dolphin, but are not in the same class as a shark. Their bones are made of cartilage. Their skin is grey in color and smooth running a hand from the snout to the tale, but rough when a hand is run from tail to snout.

Is there seasonal fishing for paddlefish?

Yes, it depends upon what part of the country one lives in as to the season that paddlefish are able to be caught. In Glendive we would go up there the last week of May or the first week of June. It was a matter of timing. Too early in the season, and only the small males were caught. Too late in the season and the quota for fishing was met and they would shut down the season. It would be best for first time fishers to do some checking around in the area they are planning to fish to find the best time to go.

Yes, I believe so. When I was a child and we first started fishing, we would be able to purchase two tags for one spot. As an adult, we were still able to purchase two tags, but could only catch one fish in our camping area then had to travel an hour away to the other area. Most of the time we would only use the one tag. I have seen a significant decline in the population of the paddlefish from the time I was a child till I stopped fishing a couple of years ago. This year, my family plans on going back.

I would recommend anyone to try paddlefishing at least once if one is a fisherman. It is the biggest rush to snag into one of them. The power of them dragging a person downriver is just indescribable and exhilarating. 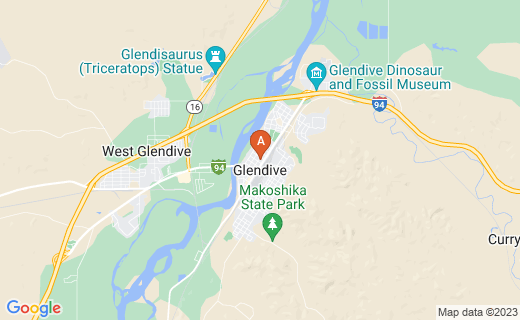