The number one best thing about Hunter Mountain is that it is truly the “Snow-making Capital of the World” which makes it the most consistent skiing conditions above all others in the tri-state area. The deep base of packed snow covers rocks that would otherwise damage your skis or twist your knees.

The snowmaking machines are used as long as the temperature conditions are ripe. Hunter Mountain snow base is deep – and hard. Hard blue ice is the under-coating that makes the upper packed snow base not melt away during warm afternoons. This hard base makes for extremely fast runs that cannot be achieved with just natural powdery snow alone. The snow-making machines are on constantly and a natural snow storm is called 'freebase' because this type of snow costs nothing to the ski resort. Skiing on Hunter's vast whiteness surrounded by bare brown mountains is the best reason to go to Hunter and not any of the other ski resorts near NYC.

In the afternoon after skiing ends, the snow-groomers come out while the top snow is soft and lay it back out in pristine condition. Hunter has the best snow groomers in the east coast. Unfortunately, the next day during the first half hour in the chill of the early morning, the groomed texture of the snow is rock hard corduroy. This condition ends in about 30 – 45 minutes on the sunny south side when the skiers break up the concrete-like 'snow snakes'. Sharpening your edges the night before will facilitate carving up this very hard snow that will dull your edges in 3 runs.

The north side opens later in the morning where the fastest, steepest double black diamonds are. These trails are not as covered with snow-blowers and are mostly closed until a big snow storm. But taking a ride up the ski lift before the sun melts the inch long hoar frost on the bare tree limbs is breathtaking.

There is a concrete circular pillbox that houses a small cafeteria and a fireplace on top of Hunter Mountain. Since the top is foggy while the bottom may be sunny the place always seem to remind me of the 1958 movie, 'The Crawling Eye', where the occupants hide themselves up in the citadel from a one-eyed monster that travels in a mountain cloud.

Ski Safety Tip: Never take your 'last run' because all stories about how a person broke their leg or cracked their ribs skiing into a tree always start with the same refrain, “I was on my last run when …” before proceeding to detail the damage done to themselves. People do not realize how exhausted they are to the point of muscle failure when having so much fun skiing. My plan is to be the first on the mountain and ski a half-day and eat, and not go back out again. The reason for this is - there are other people who are just as tired and will lose control. One woman I know had her leg broken and she was simply standing on the edge of the ski run when somebody plowed into her. Ski in the morning and then soak up the warm sun in the wind sheltered deck at the ski lodge in the afternoon.

The safest time to ski Hunter Mountain is mid-week. During the mid-week, Hunter mountain is empty but during the weekend there are over 25,000 people at Hunter Mountain. Most accidents happen during the overcrowded weekends and holidays. People who are occasional skiers are mediocre at best make the safety conditions even worse by drinking alcohol. There is ample evidence underneath the quad ski lift with empty bottles of liquor. This is akin to having numerous drunk drivers on the road during New Year's Eve. By all means have your drinks but don't drink & ski. Plan you skiing holiday to actually ski during the near empty mid-week and use the weekend to party and participate in the many events during the weekend.

Another great reason to ski mid-week is to pay for a group ski lesson and ending up with a private one because you are the only student. I skied since I was a tot but have always been a intermediate, winning my silver at Mount Snow Vermont during the awkward pre-teenage age of 12. When I was in my late 20's, I paid for a 'group' lesson during midweek and my teacher appeared to be 75 years old. I felt ripped off thinking, “how is this old guy going to teach me anything” attitude. I was so wrong. He taught me to ski on the outside edge and do a “Royal Christie”, a freestyle ski ballet move that had helped me jump from intermediate to expert skier, skiing and keeping up with the Ski Patrolers. It has also saved me from falling in a spectacular 'yard sale' fall several times.

Downhill skiing costs a lot of money but it is worth it with the proper equipment which includes clothes. Tune up your skis and if planning to rent the skis then I recommend getting the demos which cost more to rent but will give you a much better experience. Many rental skis are for those people who do not ski enough to invest in all the equipment. These skis are for novices and trying to improve your skiing on a novice type ski is like trying to win the Indy 500 with a VW bug.

Skis vary as much as motorcycles and no one type will serve all purposes. How much you weigh, your skiing level and even skiing conditions will dictate the type of skis. NEVER let you 'best friend' loan you his skis and try to teach you. This is the number one mistake of all for people who have never skied before. It is a kind of a joke to watch a noob fall and get frustrated but it not much fun for the victim. It could be the worst day of your life.

If never skied before then I recommend that you let your skier friends take off on their own. Rent skis that will be fitted by an expert. Ski bindings that are too tight will not come off when you fall and may twist your knee badly. Bindings that are too loose will come off too easily and you will find yourself suddenly skiing on one leg. I had this happen to me when I had my bindings too loose from spring skiing from the previous season. I was on the run-out of packed snow and it just came off. Skiing on one leg, I was trying to figure out what to do when the loose skied entangled with the other and kicked up into my face hitting me right underneath my goggles that gave me a golf ball sized swelling. I didn't know that I had hurt myself until my goggles started fitting 'funny' on the way back up the ski lift.

Rent the skis and get a lesson – you will have the best time of your life ever if plan it properly. Don't be a victim of harsh lessons such as what my sister Joanne did one her first, (and last!), ski date with a guy who never skied before. The two of them got off the ski lift on the top of the mountain when she pushed him down on the ground, saying, “First lesson, learn how to get up.” 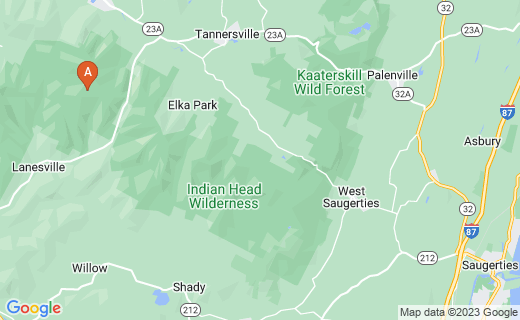