Take a look at my blog

Mo Farah – A brief history of a champion

Mo Farah was born in Somalia on 23rd March 1983 and he spent the early years of his childhood living with his twin brother in Somalia. He moved to Britain to live with his father when he was eight years old at which point he could barely speak a single word of English.

Farah’s athletic ability was first spotted when he was at school at Feltham Community college in London, where a teacher first noticed the runner's speed when he was playing football. At that time, Farah was struggling at school because of his poor English and his ambitions were to either become a car mechanic or to play football for Arsenal football club.

Mo Farah began his running career as a cross country runner and he won several English school titles in the sport before winning his first 5,000 m title at the European Athletics Junior Championship in 2001. He continued his training and devoted most of his time to running, eating or sleeping until in 2006, Mo Farah came to the attention of the Athletics world by becoming the second fastest British 5,000 m runner after David Moorcroft.

Farah’s career took another leap forward in 2010 when he won double gold at the European Track and Field Championships and just one week later he became the first British man ever to run the 5,000 m in under 23 minutes. In the same year, Farah also smashed the 10,000 m European record and he improved on his own British 5,000 m record.

Mo Farah in the 2012 London Olympics

When Mo Farah came to the 2012 London Olympics, he made British Sporting history and found a place in the hearts of British sports fans. Farah capped off ‘Super Saturday’, brilliantly with his win in the 10,000m race, which made him the first ever British gold medal champion in the 10,000 m. A week later, he sealed his place in the record books with his win in the 5,000 m, making him one of just five people ever to have won the double 5,000 m / 10,000 m gold and the only person in history to have pulled it off of his home turf. Then, to finish off an incredible year Mo Farah became a father when his wife Tania gave birth to twin daughters. No wonder the man has such a broad grin on his face. 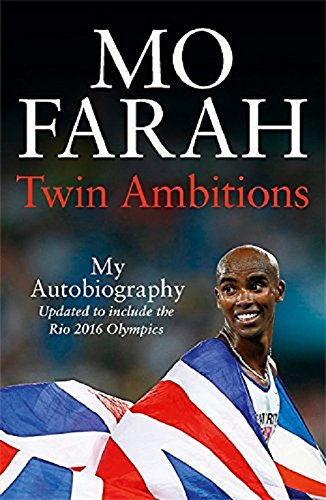 1. Mo Farah was the first person to win the TV game show, The Cube

In July 2012, Mo Farah became the only person to have beaten The Cube, in the popular TV show hosted by Philip Schofield. He donated his £250,000 prize money to The Mo Farah Foundation, a charity which provides aid to drought victims in East Africa.

As a part of his training regime, Mo Farah runs on a treadmill that is submerged in water. When running, Farah is submerged to his waist in water, which enables to train hard without risking the injury that training outside on a track could cause. He is said to use this form of training three to four times a week.

3. He had a disappointing Bejing Olympics

Farah didn't have a good time of things in the 2008 Olympics in Beijing, He was knocked out of the 5,000 m event before the final. After this disappointing result, he is said to have taken stock of his career and he took the decision to begin training overseas.

4. He trained for the 2102 London Olympics in the mountains of Kenya

Prior to the 2012 Olympics, Mo Farah, along with other athletes, spent three months training in Kenya. The training camp is in a village in the highlands of the Rift Valley. It is used by athletes for altitude training and is known as the Home of Champions as it so many top distance runners have trained there before.

5. He puts his training above everything else

It takes dedication to be an Olympic champion and Mo Farah is no stranger to that. He has always made it clear to his wife, Tania, that running comes first and in 2010, when the couple were on their honeymoon in Zanzibar, he left his wife stranded when they couldn’t get home due to a volcanic ash cloud. He left her in Zanzibar and returned to Kenya to continue his training.

6. He is married to his childhood sweetheart

Mo Farah met his wife, Tania, at school in West London when she was just twelve years of age. The pair lived just around the corner from one another and attended the same athletics club. They married in 2010 and now have twin daughters, Aisha and Amani born in August 2012 and a stepdaughter, Rihanna.

7. He now trains in the USA

Farah relocated his family to Oregon, in the USA in 2011 to enable him to train with Alberto Salazar, a long distance running guru. It was Salazar, who introduced him to advanced training techniques such as the underwater treadmill, and cryogenic chambers.

Get updates and new articles