The IronPigs are a baseball team for Allentown and Bethlehem. Locals now have an inexpensive venue for professional baseball and the Philadelphia Phillies have a farm team geographically close enough to bring up a player very quickly (a drive of less than 2 hours) in case of an injury in their roster.

The home stadium is in an area between and slightly north of Allentown and Bethlehem, PA in clear lands with plenty of space. It is near the airport. As I am accustomed to stadiums smack dab in the middle of cities, I found it wondrous and shocking to see nothing but sky and an occasional treetop surrounding the ball park. 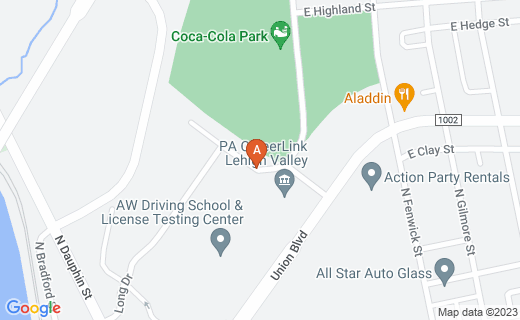 Here is home for the Triple-A baseball IronPigs team.

Since the Pigs' stadium was newly built in 2008 in the hinterlands, there is abundant parking. The lots surrounding the ballpark are new, clean, and very well lit. Additionally, little 4 bench go-carts circulate the lot to transport fans to and from the stadium entrance. (Think Disney World.) Friendly event staff collect the parking fee, which in April 2014 was a mere $3.00! An interesting extra amenity is the placement of Porta-Potties at the edge of the parking lot. If you have ever worked on toilet training a toddler, you know how helpful this feature could be! Two thumbs up for the parking lot.

For Those with a Bathroom Need that Can't Wait

This ball park is large and clean. Signs for food vendors and seat locations are attractive and clear. The park includes a playground area for a small entry price, a team store, of course, restrooms, and foods often with local color such as brats and funnel cakes. Funnel cakes are absolutely mandatory in this part of Pennsylvania with German and Pennsylvania Dutch roots. Other food vendors use a clever play on words to reflect that this is the home of pigs.

Prices are what one expects at a ball park. 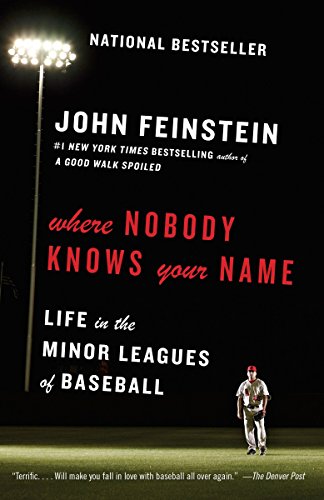 Where Nobody Knows Your Name: Life in the Minor Leagues of Baseball (Anchor Sports)
Buy Now

I think that the greatest feature is a well-manicured grassy lawn beyond the outfield for sitting on blankets with the family. For families with wiggly kids (as kids should be), this solves the problem of squirming in a seat, or wanting to walk somewhere just in order to move. It is like someone's back yard and a parent can keep an eye on the kids within the defined space. Brilliant! Two thumbs up for this one, IronPigs.

Ticket prices for a single game range from $7.00 for general admission to $25 or more for the premium seat and food credit package.

The Mascots are Bizzarre

First of all, I don't know how the Phillies decide name concepts for its affiliates. Iron Pigs is an appropriate idea for the Bethlehem-Allentown region because it historically produced steel and iron products. Pig iron is an ingot of smelted iron which is often shaped as a capital letter I (with serifs.) If one chooses that as the name of the team, then I could envision a mascot shaped like an ingot with a face. The people of Lehigh and Northampton Counties are very proud of their industrial heritage.

However, the IronPigs have chosen the farm animal of pig. Not an ingot. For me, a pig is not awe-inspiring for athletic prowess.

The PIG is represented in some printed material has the head of what looks like an angry boar. All one needs to add are the tusks. However, the dressed-up dancing mascots do not use the angry vibe. They are happy, dancing, entertaining mascots.

The costumed mascots are a boy pig named Ferrous and a girl pig named FeFe. These names fit the iron-as-a-mineral idea very well. But, after the names - the mascots move entirely to the porcine aspect of their identity. Kind of.

These mascots have very furry costumes. Yes, there are a few rare breeds of pig with thick woolly coats. Nonetheless, the brown and gray fur did not help me think of them as pigs.

Both pig characters had turtle-like stretched out l-o-n-g necks. Not pig-like. FeFe, the girl, has 2 long braids coming from her baseball cap. (Some people refer to braids as pigtails.) Ferrous, the boy, has such a pointed snout that to me he looks like a RAT, not a pig.

I usually try to give the benefit of the doubt, but these mascots totally miss the mark. Two thumbs down on this.

How often do you attend Minor League baseball games?

The Stadium Cheers for Fans of the Iron PIGS

The team uses all the standard sound bits that one hears for all American sports teams. The snippets from the rock group Queen's "We Will, We Will Rock You," and all the rest are heard and adapted as cheers. For some of the cheers instigated by the organist (or sound person), it is hard to fit in the 3-syllable name Iron Pigs. I imagine some of my Altoona, PA relatives shouting the name in the way they pronounce iron, saying "arn" rather than "eye-ron." That could work.

There is a sports organ "cheer" which, in singing terms, goes Do- (then down to) Sol-La-Ti and keeps modulating up a half step and getting faster. Often fans just clap and stamp to it. However, at Coca-Cola Park, the management tries to add a unique element for their team. The big board wants fans to also "oink" on each clap or stamp. Every time the big board displayed and blared the cheer (increasing in speed) "Oink, oink, oink, oink, ...." I burst out laughing. It only got funnier - I was either going to snort beverage out my nose or wet myself.

Let it be noted that the 7,000 fans present did NOT start oinking.

Walking in from the parking lot, I was thoroughly impressed with the spaciousness, the cleanliness, and the friendly employees. Once my friend and I entered the circular hallway surrounding the seating area, we could view the playing field.

That is the best word for it. The number of billboards in right field was unlike anything I have seen at a ballpark. A metal grid supported a display of billboards 5 units tall and 10 going across. It is disgusting. Furthermore, that is not the only area with ads. Left field has a smaller congregation of billboards, the balcony of the upper deck advertises the local television/radio station, and even the cup holders at the seats bear two ads on each and every one of them.

If one counters my objections with the assertion that "selling advertisements keeps costs lower for the fans," I wonder how the other minor league teams seem to handle it all without this onslaught of garbage.

Advertising on the Big Scoreboard

To see the name of the batter and the ball and strike count, I look at the large scoreboard behind the outfield. At some times I counted more notices, public service announcements, or ads than there were nuggets of information about the game. Test yourself on the photo below.

Advertising in the Urinals!

My friend reported to me that the public restroom he used increduously had print advertisements in the urinals. The ads were painted or affixed in the urinals at the "aim here" location.

He was sort of shaken up by it, so he didn't memorize the text, but he did know it had something to do with prostate cancer and the National Anthem. Perhaps these were Public Service Announcements helpfully alerting men to signs and symptoms. On the other hand, if a specific health provider's name and address were included, that is an advertisement.

Oh, is something going on down there in the field?

The game comes last. That's the way I feel about my experience. Attention was directed to so many places other than the field. People at the park had many options, not including their own smartphones, for occupying themselves with things other than the baseball game happening on the field. That is a shame because the players they view are just a phone call way from being major leaguers. One can say "I saw him when he played Triple-A," about the stars of tomorrow. I was thrilled to watch Maikel Franko do well. After excelling with the Reading Fightin' Phils, he came up to the IronPigs. He is doing well here and I expect to see him in a Phillies uniform soon.

This new baseball team affiliate has very good points with its new facility and a few glaring need-to-fix ones. If you are visiting or live in its area, it is worth attending a game. The affordable cost of minor league baseball is an attractive draw.