Can you feel it dudes and dudettes?! It’s a good time to be alive; March Madness starts this week, Lucha Underground is holding their first live event today as the SXSW Festival in Austin, Texas, we’re one week away from Aztec Warfare II AND the LU is returning tomorrow night for what looks to be a worthy follow up to last week’s episode. We’ve got not one but two title matches on tap, three rivalries likely concluding in the ring and several scenes predicting the arrival or return of several big names to the Temple. It’s serious fun! Let’s break it all down, shall we?

What to Expect: Well this is unexpected! Here I was ready to close this column up only to glance at Twitter and see that LU has announced that Texano and Chavo won’t just be wrestling tomorrow, they’ll be doing so in a Bull Rope match. Only in LU would a Bull Rope match be the third banana on a card! I have a theory as to why it is; this match isn’t going to last too long. I expect we’ll see this be a quick, one sided beat down by Texano, who has yet to truly get his hands on Chavo. It’ll hopefully be fun while it lasts and hopefully gets the crowd going to give the bigger matches momentum going in.

Winner: Texano. The man is ready to move onto bigger things as a technico and he’s been chasing Chavo for revenge long enough. He gets it here, even with Undercover Luchador and Mr. “I’m not the Thong Song guy!” Cisco interfering.

The Disciples of Death (c) vs. Ivelisse, Angelico and Son of Havoc

What to Expect: There’s stakes, there’s high stakes and then there’s The Greatest Trios Team to Ever Live finally getting their rematch for the belts they lost at Ultima Lucha. A win for Ivelisse, Angelico and Havoc gets them the Trios Titles back and a measure of revenge against the Skeletor Army. But what if they lose? In the words of Frodo Baggins after he failed to drop the ring into Mount Doom and lucked out because Gollum wrestled it away as he was falling into the volcano...I mean after he destroyed the Ring of Power, “It’s done!” A loss means no more Ivelisse, no more Son of Havoc, no more Angelico jumping off of high things and NO MORE HAPPINESS IN THE WORLD EVER AGAIN!!!

As such, there’s likely to be mucho tension in this one. I expect it’ll be just fine and possibly great. I know a lot of people still aren’t sold on the Skeletor Army, but I personally enjoyed the Ultima Lucha match between these two and I never, ever bet against The Greatest Trios Team to Ever Live in a match where the odds are stacked and potential for extraordinary things could occur. Plus, Ivelisse is actually healthy for the first time in a match between these two sides, which likely adds a whole other layer (perhaps two if Catrina gets involved and those two have another scuffle). No matter what, this will be fun and it will include at least one moment where Angelico makes us question the law of physics and whether or not he’s actually a real life Superman.

Winners: There’s no way on planet Earth I can see Ivelisse, Havoc and Angelico losing and hitting the bricks, especially considering that the Disciples have been featured as much as everyone’s favorite pudgy kitty Bengala this season. So strap in for at least one celebration here folks; the Greatest Trios Team to Ever Live will save their careers and win back the Trios Championships as the world rejoices in ecstasy. Hell it might be the greatest moment since…the last time these three won the Trios Championships. And with that, I think it’s time to look at a certain dive again!

What to Expect: You gotta love Lucha Underground; Ivelisse, Angelico and Havoc are likely going to win the Trios Championships back to an enormous reaction and it’ll still end up being the second best moment of the night. That’s what happens when you have the Immortan Mil Muertes and the Man of 1000 Lives facing off against each other. Anything is legitimately possible when these two face each other, unless you think Grave Consequences and Fenix getting powerbombed through a roof are normal occurrences for a match. If that’s the case for you, turn off the CZW. Unless Shane Strickland is on of course!

There’s no doubt that this match is going to be some kind of special; the question is how special? Both men will have serious expectations to fill considering how great the matches they had together last season were (Grave Consequences is still the best match LU has ever had in a lot of people’s minds) and how great their matches against others have been this season. Here’s a big factor to consider though; as important as Grave Consequences, the Death Match, the Fenix-Cuerno series and Mil’s two title matches this season were, the stakes have never been higher for these two as they are here. I mean come on; this is not just about the Lucha Underground Championship but two bitter enemies trying to settle the score once and for all. I expect that factor will cause both men to raise their game here for what should be, to this point, the Match of the Year. It’ll be brutal (perhaps even more so than their previous encounters), it’ll be emotional and it’ll feature interference from at least Catrina and the Disciples. The question becomes who, if anyone, comes to Fenix’ aid and what role will King Cuerno play? Remember kids, he’s got a score to settle with both Fenix and Mil/Catrina, and I expect his presence will be heavy towards the end of this contest.

Winner: If you had asked me a week ago, I would’ve gone with our redeemer Immortan Mil to retain, no questions asked. Now I’m split right down the middle on what could happen. Both outcomes can lead to the same place; a Mil victory makes him look like an unstoppable force in the wake of Matanza’s eventual arrival, while a Fenix victory gives Matanza and easier path to the title (I think we’ll agree Fenix is much less threatening opponent than the Immortan) and combined with the Skeletor Army’s defeat earlier in the night destroys any power Catrina has (which would allow for a certain El Jefe to swoop in and fill the power vacuum). In the end…I’m actually going to side with my buddy Leaf and go with the latter. In an upset, Fenix will defeat Mil Muertes to win his first ever Lucha Underground Championship, and I think he’ll get a hand from an angry King Cuerno, looking for revenge against Catrina and Mil for forcing him to defend the Gift of the Gods title against Fenix in that ladder match a few weeks back. Basically we’ll walk out of this match with a red hot Cuerno-Immortan Mil match ready to go, Fenix as LU Champion and a final shot of Dario, Black Lotus and Matanza finally making their way back to the Temple in preparation for next week’s Aztec Warfare. I’ve got chills right now dammit; WE’RE FINALLY FINDING OUT WHO MATANZA IS!!!

So it is written, so it is done! That’ll do it guys and gals; I’ll be back later today with a preview of CMLL’s Homenaje a Dos Leyendas show this Friday. Till then, let’s make fun of Creed. Because why not? It’s Creed, a band that would be Pearl Jam if you spayed and neutered them.

Like this article? Like Lucha Libre? Like me?! Head on over to the cool dudes at LuchaShop.com, enter in the code LTERIC and get some gear! Good things will happen for everyone if you do so (like 10% off your purchase!). Also, you can now get Rey Mysterio stuff AND a Juvi shirt designed by Jesse Hernandez! How chill is that?! 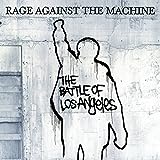 What are you most looking forward to on tomorrow night's Lucha Underground episode?