Galaxy has lived with a cricket fanatic for over thirty years, she has watched, supported, made teas, washed kit. Cricket is still boring.

Cricket! It's all a Load of Balls to me.

Just how boring is cricket? Very, is my answer. Even the recent debacle involving the Australian cricket team and the whole cheating, ball tampering thing hasn't made it any more interesting to me. It has led to some very heated discussion between my husband and son (another cricket fanatic) both of them managed to stay awake during an entire cricket match they were talking so much. It hasn't helped me though.

If you still find cricket as boring as I do then living with a cricket fanatic can be difficult, irritation levels rise as the house fills with screams of Howzat, Six and Out!

Children are shushed, cats are thrown from laps as the man of the house jumps to his feet with his hands in the air and normal conversation grinds to a halt.

All this because he is checking the live cricket scores.I have tried to watch cricket, really, I have and I understand how passionate some people get about the game and sport in general but to me, it is about as interesting as watching concrete set.

Over time I have devised my own methods of coping with the tedium of living with a cricket fanatic during the cricket season, which seems to last longer and longer each year.

The method varies according to location.

Home and Away Survival kits.

A sucking a lemon look.

These last two can, with practice, be combined to great effect. Throw in the odd eye roll and you might just end up with that outrageously expensive coat you covet for your next birthday. The earplugs are especially needed as a cricket fanatic will often jump out of bed at odd times during the night and run downstairs muttering something about being alive from the Waca.

Should you find yourself in the car facing a rather long journey, and the pleasantly soothing music you were listening to inexplicably turns into live coverage of the latest test match - don’t panic. The radio isn’t broken it’s just that the cricket fanatic has craftily switched channels. All may not be lost.

Radio commentators rarely, if ever, actually comment on the game of cricket that, apparently, is being played in front of them. You stand a very good chance of picking up tips on making the perfect, moist chocolate cake or discovering the best method for the removal of seagull droppings from your favourite hat.

It will no doubt amaze you to discover that the same man who complains bitterly that he missed a vital piece of action because you dared to run past the TV during the football to let the cat out, can get so much pleasure from listening to grown men discuss home baking and laundry as the Windies annihilate England. Again. Such is the life of the cricket fanatic.

With a little imagination, and thanks in no small part to the cut glass accents and public schoolboy nicknames all of the commentators seem to possess, you can quite easily turn any cricket match into an escape from Colditz style radio play, complete with Red Cross parcels containing the aforementioned cake, and outstanding runs - presumably towards Switzerland.

“Our lads are making a splendidly heroic effort, Blowers. With luck, we should have them all out by tea.”

I wouldn’t mind if I could actually understand cricket but I’m afraid that the finer points of the game remain a mystery to me, my cricket fanatic husband has tried to explain it. All I know is that the two men running between the stumps are the team that are in and the team that are out are on the field…or something like that. The cricket field doesn’t even need to be the same size or shape. See, it’s not just me is it, cricket is confusing. Both teams wear white unless they play at night when they all wear their pyjamas. Seems very sensible to me, in fact, I think that the next time my own cricket fanatic turns on the cricket I’ll get ready for bed too.

One last thing to remember about living with a cricket fanatic is this - never, ever switch channels when you hear the word ‘over’. This word does not signal the end of the game it just means that the players move around a lot which does at least make it a bit more interesting.

The M.C.C. Spiritual Home of my Cricket Loving Husband. 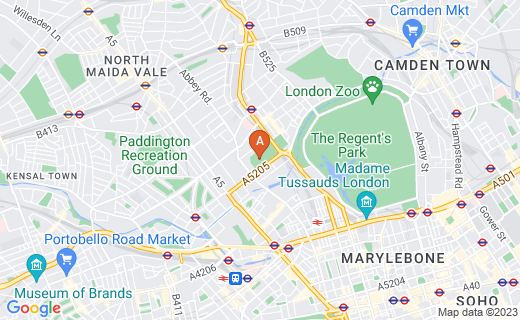 Lords, a place to worship cricket, play the trumpet and wear silly clothes.

A Holiday Beats Cricket Every day of the Week.

Get Away From it all.

If all else fails simply go away on holiday alone during cricket season and leave him to it! Chose your destination wisely as they play cricket all over the world, I have been dragged along to matches from Canada to Croatia, Ireland to Italy. Chose the top of a mountain or a nice island somewhere, maybe hire a small boat one with a tiny deck not big enough to set up some stumps and then sit down alone with a good book and enjoy the peace and quiet. Howzat!