Don Mattingly vs. Kirby Puckett: With nearly identical careers, if Puckett is in the Hall of Fame, Mattingly should be

It would be hard to find two players who have had more comparable careers than Mattingly and Puckett. Both had their first full seasons in the majors in 1984; both retired after the 1995 season; both retired because of physical ailments (Mattingly’s back and Puckett’s eye); both played in the American League; both played for one team during their entire careers (Mattingly with the Yankees, Puckett with the Twins).

Indeed, their final numbers reflect this comparability. Mattingly played in two more games in his career. Puckett, because he often batted leadoff early in his career, had more plate appearances and at bats. He also had more runs and more hits. Mattingly had more doubles and homers, as well as more RBIs. Mattingly drew more walks and struck out less.

Both had some great seasons, but Mattingly enjoyed a greater peak performance. From 1984-87 Mattingly was one of the top five players in the American League and arguably the best in 1985 and 1986.

Mattingly’s back troubles started in 1987 and he missed 21 games because of it. His numbers remained among the best in the league at .327 BA, 30 homers and 115 RBIs, with 186 hits. But he also accomplished a couple of rare feats in 1987. That year he hit a homer in eight consecutive games, setting the American League record (since tied by Ken Griffey Jr.). Also that year he set the Major League record by hitting six grand slams in a season (since tied by Travis Hafner). And just to prove he could do more than hit, he also tied a record by recording 22 putouts in a single game (just two days after he’d hit a homer in his eighth consecutive game).

Mattingly and Puckett per 162 Game Averages

Offensively and defensively, Mattingly and Puckett nearly even

Some people believe Puckett got the edge for the Hall of Fame because he played centerfield, a tougher position than Mattingly’s first base. But Mattingly was a skilled first baseman, probably the best in the American League. Through much of baseball history first base had been a position to hide aging stars and lumbering hitters. But Keith Hernandez began changing that by being both an excellent hitter and first baseman, and Mattingly continued that tradition. Mattingly was so good at first that I believe it negated most of any advantage Puckett would have had in the fielding department.

Cooperstown Confidential: Heroes, Rogues, and the Inside Story of the Baseball Hall of Fame
Buy Now

So why Puckett and not Mattingly?

Looking at the numbers, I’m not convinced that either Mattingly or Puckett had Hall of Fame careers. But Puckett is in and Mattingly hasn’t gotten particularly close. So how did Puckett make it in his first year of eligibility?

Part of it, I believe, is that Puckett played in two World Series, which voters gave some weight to. Puckett also had an engaging personality – everyone liked Mattingly but Puckett was a gregarious sort. And I also think the timing of their eligibility helped Puckett and hurt Mattingly. In 2001, their first year on the ballot, the Yankees had won four of the previous five World Series. Writers, for reasons I don’t completely understand, developed a bias against the Yankees and seemed reluctant to vote for them for major awards. I think that carried over to Mattingly’s Hall of Fame bid.

Or perhaps the writers with Hall of Fame votes merely looked at Mattingly’s numbers realistically while viewing Puckett’s numbers through rose-colored glasses. But even that hardly seems to explain how Puckett could be a first-ballot Hall of Famer. Many players with far superior careers didn’t get in on their first chance. Yogi Berra didn’t make it until his second ballot, Roy Campanella his fifth, Billy Williams his sixth and Hank Greenberg his ninth. All had far superior numbers to Puckett.

Whatever the reason, the two players were so nearly identical at exactly the same time in the same conditions that it seems impossible that one should be in the Hall and the other not. Since there’s no chance that anyone will remove Puckett, then it’s time to vote Mattingly in. 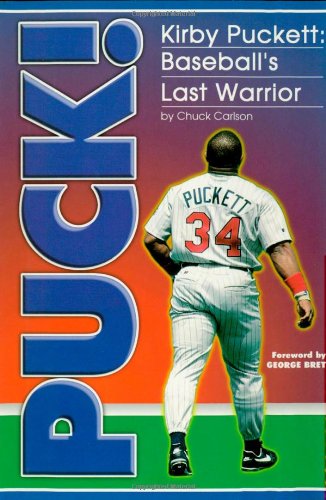