I got the inspiration for a minimalist running sock a couple years ago. I went to a car show with some friends and it started to rain. We left the car show and headed home early. On the way home we stopped to get something to eat and in the area there was a road race going on so we watched for a while. As I was watching I noticed there were a few people running bare foot and others running in just socks. I assume the people wearing just socks wanted a little protection from the pavement. I liked the idea of minimalist running but I have run on pavement barefoot before and it is not for me, my knees start hurting right away. But, I thought if there was something like a sock with a little support it might be alright and I would like something like that for around the house. I don’t like wearing just socks around the house and slippers are too hot to wear in the summer.

The materials were limited to materials that could be processed at home. I looked at a couple materials, Plasti-Dip and Sugru. While these materials may have worked they had their limitations. If the Plasti-Dip spray can was used it would take too many layers to build up a thickness that would be suitable. If the dipping method was used there would be no way to control thickness. If Sugru was used the cost for the amount that would have been needs would be more than I was willing to spend.

So I decided on the Sugru substitute Oogoo. If you are unfamiliar with Oogoo it is Silicone I from a tube with corn starch mixed in. You can even mix in a color if you want. There is a really great write up on Instructables describing it. I highly suggest you check it out. Oogoo has similar properties to Sugru and can be made on the cheap. 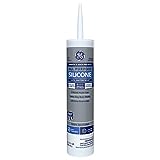 Here is how I made the socks

Below is the step by step process I used to make the socks.

1. The first step was to create a flat level non-stick surface that the material could be molded on. Since Oogoo does not stick to polyethylene, duct tape could be used to create the non-stick surface. For a flat even surface an old mirror was used for the backing. To keep the Oogoo sheet a uniform thickness two square wooden rods were first covered in duct tape and then fixed to the duct tape on the mirror. The rods would act as a stop so when the material was rolled out it would keep the thickness of the square rods.

2. Next, a batch of the Oogoo was mixed. A whole tube of silicone (9.8 fl oz) and 3tbs of cornstarch were used for this application. This ratio gave enough time to complete the molding. The silicone and cornstarch was mixed thoroughly and placed on the duct tape surface between the two rods. When the material became tacky, about 15-20 minutes, a gallon size baggy cut down the sides (polyethylene sheet), was placed over the material and spare tube of silicone was used to roll the material out flat.

3. After 45-60 minutes the Oogoo sheet material was ready to be de-molded. Then the process was repeated to create a second sheet so the next step of the process could be started.

4. Both sheets were laid out so the foot shapes could be traced onto the sheets. After the foot shapes were traced they were cutout leaving a little material around the edges so they could be trimmed to a final shape after the sock had been bonded to the silicone soles.

5. With the foot shapes cutout they could be bonded to the socks. To accomplish this, another batch of Oogoo was mixed. This batch was smaller than the initial batches that were mixed and used to make the sheets, but the same ratio of silicone to cornstarch was used. After the material was mixed it was spread onto foot cutouts. When the material started to cure the foot cutouts were stepped on with socks and that position was held until the bonding layer was cured.

Finally, there are a couple of design features that will most likely be changed on this pair of rubber soled socks and additional pairs. The first change that will be incorporated into this initial pair is the addition of more of the Oogoo material to the toe and heal areas of the socks and on the sides to fill the gaps. This is to add more protection when running. The second change will have to be incorporated into the next pair that is made. Its not a change to the sole, but to the sock. For the next pair I will not be using ankle socks but something that comes past the ankle. The ankle socks can get a little lose and I could see them falling off with a lot of use. Also I haven't washed them yet but they should do just fine in the washing machine. But I'll skip the dryer and let them air dry.

Thanks, Let Me Know What You Think

Leave a comment and let me know what you think. Or If you give this a try let me know how your pair comes out.