In the NFL, there are great expectations for every team to excel. Fans want to win, as do owners.

In many cases, the ownership puts up millions in salaries signing star free agents, and they expect those people to win. When they don't, coachs are often the first persons that are blamed.

Todd Haley, with the team coming off a playoff year, was expected to field a pretty good team this year as well. They spent quite a bit of money in the off season to improve the team, and so far they have been blown out by teams that most people would expect them to beat.

Haley hasn't always been popular with KC fans, with such moves as letting go former NFL Man Of The Year, Brian Waters, who was then picked up by New England and plugged into a starting position.

The KC offense has been anemic, with Charlie Weis moving on to Florida, now has an un-experienced Bill Muir calling the plays.

Another move that was considered bone-headed by the fans, Haley played his starters in a late preseason game into the 4th quarter, a game which saw Tony Moeaki and Matt Cassel both suffer injuries. In Moeaki's case, the injury ended his season.

Now the Chiefs have lost another 2 Pro Bowlers to injury. Running Back Jamal Charles and Safety Eric Berry are gone for the season. Things are looking bleak right now for Kansas City's season. When asked about the prospects for the Chiefs, Haley responded that at last check the season had not been cancelled.

Update-10-6 The Chiefs win over Minnesota may have cooled things down in KC, but as the season goes forward, depending on how things go will affect the likelihood of a Haley departure.

As a fan of the Chiefs, my gripes with Haley are as follows:

November 14 update. The Chiefs won 4 games in a row, supposedly saving Haley's job, however the last 2 games, the Chiefs have been blown out by teams that they should have handled easily.

It is the coaches fault, when they cannot get the plays in from the bench before the clock expires. There seems to be constant confusion over what plays are being run, and what players should be on the field.

The Chiefs are now entering the toughest part of their schedule, time will tell if Todd Haley will be returning next year.

The Chiefs have lost the last few games, and now stand at 4-7.

Report on Big Lead Sports says Haley is in Trouble 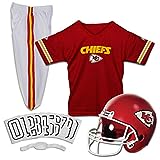 Tony Sparano is on the hot seat. Last year he was nearly replaced, but was able to convince ownership to give him one more try.

Now the Dolphins are 0-2 and the coach has admitted that he is clueless why they are not winning.

“It’s baffling to me. I don’t have any answers.”

Owners usually don't like their coaches to have no idea what is happening. I am sure by now Sparano has seen the game film a few times and has figured some things out.

Last year, many of the issues of the Dolphins seemed to point towards weakness at the quarterback position. This year, Chad Henne reported to camp as a changed man. In better condition and rededicated to making the Fins a better team.

For his sake and those of the Dolphins fans, hopefully, Sparano can turn things around. The season is young.

Update-10-6-2011 Now 0-4, Sparano received the dreaded "vote of confidence" from his owner. Usually this ends up meaning that the coach is on a very short rope, and it is frayed.

Some sources report that Sparano must win 2 out of the next 3 games to keep his job. Others report that he will have the entire season to turn things around, but he will be expected to make the playoffs.

The fact the Dolphin's just lost their starting quarterback, Chad Henne, to a shoulder injury should make both targets difficult to obtain.

Another week has come and gone in the NFL, and Tony Sparano is still with The Dolphins, but reports from a south Florida newspaper say that unless the Dolphins win this coming weekend, Sparano will be replaced. Supposedly the owner of the Dolphins is being advised by Eric Mangini, former head coach of the Browns and Jets.

It appears that the owner of the Dolphins may be content to play out the season with Sparano while he tries to land a proven coach for next year. In the last couple weeks, Bill Cowher and Jon Gruden have been approached and have indicated they do not intend to coach in the NFL next year.

Update: Dec 12 The Miami Herald reports that Tony Sparano will be released at the end of the season.

Update:2 hours after I posted the above update, the Dolphins fired Tony Sprarano.

Del Rio's last few years in Jacksonville have been tenuous at best. The team is not selling out, and therefore their home games are blacked out by the NFL. That gives them a financial impetus to improve and sell tickets.

So far Jacksonville is 1-1 but in their loss to the Giants, it was a pathetic effort. Jacksonville looked either apathetic or out of sync.

The other thing with Jacksonville is Del Rio releasing the starting quarterback David Garrard the week before the season began. Jack better hope that longtime backup Luke McCown can play the QB position well.

Update: Jacksonville is now 1-5 with a 5 game losing streak

Update 3; After 2 losses where Del Rio blamed his assistants for problems, the team will announce today that Jack Del Rio has been fired. The team has scheduled a press conference for 1pm.

Reports in Sports Illustrated and the Philadelphia Inquirer say that Andy Reid may be out of time in Philly. The coach is in his 13th season with the Eagles.

The Redskins started out at 3-1 but is has been all downhill since then. The Redskins don't have a reliable quarterback, and Shanahan, being known as a quarterback mentor has fallen on his face with his 2 quarterbacks.

Owner Dan Snyder can't be happy with the last 2 years, and may make a move soon.

The Tampa Bay Buccaneers are expected to fire Raheem Morris at the end of the season. Tampa Bay started out okay this year, but they have now lost 7 games and that seems to be magic number for the Bucs management. They fired Tony Dungy after 7 losses, and the same with Jon Gruden,

Steve Spagnuolo is expected to be fired by the St Louis Rams, and many around St Louis feel badly about it, Spagnuolo has never had control of the team. The general manager is in the same boat, as the owner does not allow it.