Despite starting the season 2-0 and leading the NFC East, the Cowboys lost their next seven games and finished the season by going 2-12 in their final 14 games. Their collapse from a solid start was primarily due to injuries by quarterback Tony Romo and wide receiver Dez Bryant. Brandon Weeden, Matt Cassel, and Killen Moore all started at least two games in Romo's absence, but none of them were able to do anything but create turnovers. Running back Darren McFadden was a steady force rushing for over 1,000 yards despite only starting eight games. Joseph Randle was the team's starting running back a the beginning of the season but a string of off the field issues led to his release. Lance Dunbar was showing to be a great receiver out of the backfield before a knee injury ended his season. Tight end Jason Witten regained his spot as the team's leading receiver and became just the second tight end in history to amass 1,000 career receptions. With Bryant playing hurt for most of the season, Terrance Williams and Cole Beasley had nice seasons but didn't make the plays they needed to when it mattered. The offensive line was still a force but weren't as dominant as they were in 2014.

A part from defensive end DeMarcus Lawrence who led the team with eight sacks, the defensive line was a big disappointment. Greg Hardy only managed six sacks and drew too much attention from his domestic violence incident while in Carolina. Defensive tackle Tyrone Crawford only had five sacks after signing a $45 million contract extension. The linebackers played well but only used two in most situations in games. The secondary was good despite their best cornerback Orlando Scandrick missing the entire season. Safety Barry Church was solid as usual and finished as the team's second leading tackler.

Despite only winning four games, Dallas had five pro bowlers in left tackle Tyron Smith, center Travis Fredrick, right guard Zack Martin, linebacker Sean Lee, and kicker Dan Bailey. Smith, Fredrick, and Martin played well despite having to protect four different quarterbacks. Lee was a huge bright spot for the Cowboys as he made the switch to weak side linebacker and led the team with 128 tackles. Bailey is the best at what he does and showed why he is the most accurate kicker in league history.

The rookie class has a lot of promise for the future but also can show some worry. Defensive back Byron Jones was the team's most versatile player in the secondary and could be the starting free safety next season. Defensive end Randy Gregory had a strong preseason before injuring his ankle and never got back on track. Guard La' el Collins replaced Ronald Leary early in the year and instantly improved the running game but still must work on his pass protection.

Despite having their worst record in over 20 years, owner Jerry Jones believes that head coach Jason Garrett is the man to get Dallas back to the promise land. Garrett's main focus will be to keep the team relatively healthy and build up the depth chart so that if a starter does go down, the team doesn't panic.

On February 19, defensive ends Randy Gregory and DeMarcus Lawrence were suspended for the first four games of the season due to violating the league's drug policy.

On June 30, linebacker Rolando McClain was suspended for the first 10 games of the season for violating the NFL's substance abuse policy.

The only saving grace from the 2015 season is securing the fourth overall pick in the draft. The Cowboys will have to address the concerns at quarterback, running back, and cornerback.

The team was 1-11 without Tony Romo. Its time to sew up the backup quarterback spot and groom him as Romo's future successor.

It was a mistake that Dallas didn't draft a running back last year. Darren McFadden was solid last season, but he isn't built o carry the load of the offense.

Morris Claiborne has been a disappointment thus far and Brandon Carr hasn't had an interception in two seasons. The Cowboys need a new cornerback to pair with Orlando Scandrick.

Dallas ended up selecting Ohio State running back Ezekiel Elliot with the fourth overall pick. Elliot was viewed as the top running back prospect in the draft and has the best blocking ability of any running back but has to develop as a receiver out of the backfield.

The Cowboys also notably drafted Notre Dame outside linebacker Jaylon Smith in the second round, Mississippi State quarterback Dak Prescott in the fourth, and Baylor tight end Rico Gathers in the sixth. Smith was the most explosive outside linebacker in the draft but he suffered a devastating ACL and LCL injury in his final college game. Prescott has all the tools to be a gifted quarterback but must improve his footwork to improve accuracy. Gathers is a big target with a lot of upside but he hasn't played football since middle school and played basketball at Baylor.

As I see it, Dallas was a healthy Tony Romo and Dez Bryant away from repeating as NFC East champs.

If Romo can return to his 2014 form, the Cowboys should have no problem getting back to .500. Dak Prescott has the ability to learn under Romo and one day may take over as the Cowboys starter. Drafting Ezekiel Elliot gives Dallas a running back who proved he can carry the load of an offense and take pressure off the quarterback. Having a healthy Dez Bryant opens up more opportunities for other receivers and tight ends. The offensive line could be the first in history with four All-Pro linemen if La' el Collins can continue to progress from 2015.

The biggest concern is the defense. The defensive line will be without their two starting defensive ends for the first four games and will only have Rolando McClain for six games. Jaylon Smith will likely start re year on the PUP list and might have to sit out his rookie year to rehab his knee. The secondary should be solid with the return of Scandrick and Byron Jones moving to free safety.

Due to the weakness of the NFC East and the short comings Dallas has with suspensions, the Cowboys offense will have to carry the team for much of the year but they still have the ability to win the division but it is more likely to make the postseason as a wildcard team.

Best record they can hope for: 9-7

How will the Cowboys fair this season? 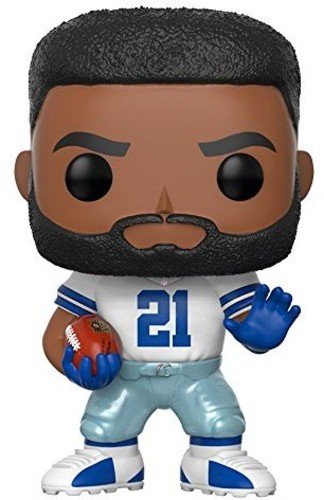