Paragon Park The Blizzard of 78' and Nantasket Beach

When I was a child my Mother would take me down to a beautiful beach called Nantasket in Hull Massachusetts. It was the late 60's and early 70's and the beach had a great little amusement park called Paragon Park. I remember being scared on the kiddie rides, some of which were indoors. I loved the kiddie whip, tilt a whirl and the caterpillar and many other rides. The beach was and still is a great place to go and enjoy the sun and surf. I go there during the hot summer days with my children. They have cute little food stands and a bandstand with a dance floor facing the Atlantic Ocean. You can have a nice seafood dinner or a slice of Joseph's famous pizza or a burger, fries, hot dog or many other wonderful food choices. Don't forget the ice cream! My children and I start by taking a dip and body surfing the waves. I have watched my children go from beautiful little girls to beautiful young women along that sandy coast. We then either buy food or eat a lunch we brought with us. After lunch we might wander over to the arcade called Dream Machine and play some video games and skee ball. I would recommend Nantasket beach to anyone that loves the ocean.

When the family that owned Paragon Park tried to sell this great little gem they could find no takers. The park closed and with it went the fun and excitement of having an amusement park just minutes away from Boston. I was lucky enough to work at the park on the Galaxy, a small roller coaster sometimes called the wild mouse. I was 21 years old and I would work from 11 in the morning to 11 0r 12 at night 7 days a week. It was the best job and summer of my life! My friends and I would work on the ride and maintain the cars all while meeting some very beautiful girls. We would get a lunch break and I would spend a dollar to take a ride on a water slide! For my lunch I would usually get a girl from the food stand to give me a burger and a coke for free. For the rest of my break I sat along the sea wall and got some sun. There was always a friend or two hanging out playing guitars or just listening to the radio. It was one of the best summers of my life. We thought the town of Hull might buy the park as it provided tax revenue as well as gave kids a job in the summer. That was not to be. The park was torn down and now there are.... condos. The condos are nice but I miss the roller coaster rising out of the sand. Plus I would have liked my children to experience the fun of that great park. I miss it still. There are still a few remaining things from the park. The carousel was restored and is still in operation. The Penny Arcade sign is still there but it has not been open for some time now. The roller coaster was moved in 1985 and is now called The Wild One at Six Flags America in Maryland.

The Blizzard of 78' Good times and Bad

In February of 1978 my family and I were living in a little apartment on Bay street in Hull Massachusetts when one of the greatest blizzards ever to hit the Massachusetts coast came barreling in. None of the television weather people saw it coming and the coast of Massachusetts took the full brunt of the storm. I was fifteen years old and my older brother Joe and I were in the apartment with no power and no heat other than the gas stove. My Father and my Sister Laura were stranded out on the highway miles away. They had to walk off the highway and made there way to a relatives house. My sister stayed there and my dad made his way to our apartment. I think it took him two days? I went out in to the street during the height of the storm and had snow up to my waist. As I continued down the street I realized that there was also water under the snow due to the high tide and our proximity to the bay that was just outside of my apartment. I watched transformers on telephone poles explode from the extreme conditions. My dog was leaping up out of the snow to try to keep up with me. It was both fun and scary. After the storm had subsided I ventured out to survey the damage. I walked along the shore and took many pictures of the houses that were destroyed as well as the damage to the sea wall and beach. I also took pictures of Paragon Park covered in the snow! The memories I have of that beach, that park, and that storm will live in my heart forever! I might go down to the beach again soon, make new memories for me and my children. 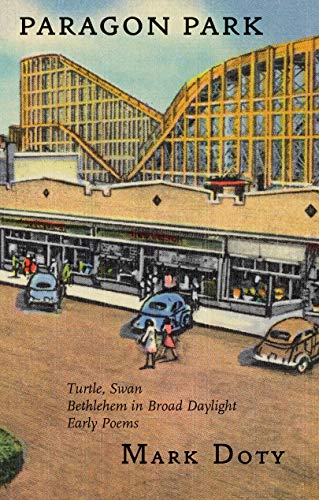