Ninjutsu is the Japanese martial art of espionage, called the “techniques of stealth” or the “arts of invisibility.” Ninja were trained to infiltrate into enemy territory to spy on troops, arms, provisions, and fortifications and then report back to headquarters.

With the development of ninjutsu techniques, practitioners were soon expected to carry out attempts to change the outcome of battles and wars by way of arson, assassination and interception. The destruction of enemy arms and supplies could also become the objective of a trained ninja warrior.

Alternative Names for a Ninja

Birthplace and Birthdate of Ninjutsu Techniques

Ninjutsu techniques developed mostly in the Sengoku period, the 15th and 16th century. The first Ninjutsu schools (ryuha) and their systematized techniques were established in a period when warfare was endemic and the ranks of ninja needed to be organized. According to Fujita Seiko, there existed 71 different schools, but the 3 most infamous were the Iga school, Koga school, and Kishu school, others being derivative of these.

In the Tokugawa period (1600–1867), two centuries of peace, only a few ninja were employed by the Tokugawa bakufu for surveillance purposes. Ninjutsu lost its practical value, and its practice mutated into a form of martial arts. Ninja were seen as mysterious and elusive, because of the secrecy of their practices. Their romanticized image as supermen in art and literature was started in these times, after they had disappeared from the open scene. Their reputation for being able to vapourize at will, jump over walls, or sneak past guards undetected ignited the imagination of the public.

That image held strongly up to this day. Ninja were popular before World War II, in film and fiction. In the 1960s, the Daiei Series of Shinobi no mono (Ninja; Band of Assassins) films fired a ninja boom spreading overseas as a larger international fascination with martial disciplines. Ninjutsu has been absorbed into action films and novels set in various locations outside Japan and has left its Japanese character behind, with anything from American kids to cartoon turtles cast into the role of ninja.

Early Ninjutsu documents suggest that techniques of spying and scouting executed for purposes of waging war, first appeared in the 7th century as an organized form taught by Sunzi's (300–237 B.C.) Chinese military classic, The Art of War. Prince Shotoku is believed to have been the first to use someone's services as a shinobi during the defeat of the Mononobe in 587. Other sources suggest that yamabushi (mountain ascetics), practitioners of shugendo, a syncretic form of Shinto Buddhism concentration on the worship of mountains, are the real progenitors of the art of ninjutsu.

With an increase in the intensity of battles, war bands operated in a more organized fashion, and the need for techniques of espionage became evident. At the beginning of the 14th century, Kusunoki Masashige is thought to have relied on ninja-like activities when employing Iga ninja to infiltrate into Kyoto and discern the military crisis. In addition, in defense of his castle, Masashige put dolls resembling human soldiers from afar on the battlements to make his troops look more numerous. His skills in guerrilla warfare inspired later ninjutsu schools to claim association with Masashige.

When the Onin War (1467–1477) has ended and warefare began to spread throughout Japan, many daimyo, or regional lords, began to utilize ninja as scouts or spies on a more regular basis in an effort to expand their domains. By the late 15th century there existed 2 Iga and 53 Koga ninja houses, the leading families being the Hattori and two of their associates, the Fujibayashi and Momochi.

One of the most famous the daimyo utilizing ninja for their unmatched skills in stealth were Takeda Shingen, Uesugi Kenshin, and Hojo Ujiyasu. In the Battle of Magari in Omi province in 1487, Rokaku Takayori dispatched ninja into the camp of the besieging Ashikaga troops, with the objective of setting fire to the headquarters and forcing the withdrawal of Ashikaga army.

A Need for Ninjutsu and Ninja

From such examples, the daimyo of Japan soon learned not to neglect the threat of ninjutsu. Those who didn't learn disappeared and so it came to pass that with the destruction of the Iga and Koga territories by Oda Nobunaga in 1581, many warriors from those provinces sought refuge in the service of daimyo in eastern Japan, so spreading the knowledge of ninjutsu even further.

The daimyo most infamous for his association with the ninja was Tokugawa Ieyasu, later first shogun of the Tokugawa bakufu founded in 1603. This association could be traced back two generations, to the time of his grandfather, Matsudaira Kiyoyasu, who utilized the services of hundreds of Iga ninja under Hattori Hanzo Yasunaga.

After Akechi Mitsuhide’s soldiers murdered Oda Nobunaga in Kyoto in 1582, Ieyasu to get out of the way of possible attacks fled Sakai and went back to his home territory of Mikawa assisted by Hattori Hanzô Masanari and his ninja.

After he later became shogun of Japan, Ieyasu summoned Hanzo to Edo, and took him in his service to lead Iga and Koga ninja to spy on enemies of the bakufu. These ninja troops fought on the side of the Tokugawa at such major engagements as Sekigahara, the sieges of Osaka Castle, and the Shimabara Rebellion. In later days, Iga and Koga ninja formally became a part of police and surveillance organizations of the Tokugawa regime. Techniques and Weapons of Ninjutsu

The primary purpose of ninja was to spies on their targets and after completing their missions return and report to their lords. Ninjutsu can be considered as the art of escape, and techniques were developed to maximize the chances of survival.

“In ninjutsu there are both overt and covert techniques. The former refer to techniques employed when one does not disguise his appearance and uses strategy and ingenuity to penetrate enemy territory, while the latter refer to stealing into the enemy camp utilizing techniques of concealment, so as not to be seen by others” (Bansen shûkai 1982, 481).

Ninja were trained to disguise themselves to pass through unnoticed and were taught various ways of escape, based on existing knowledge on animal behavior. An excellent cover for ninja operations was the dark of night. Working at night, ninja wore a black attire including a hood to avoid detection; but during the day, they wore a brown outfit with reversible gray on the inside, in order to blend in with their surroundings. They were often undercover as an itinerant priest, a merchant, and so on.

Ninjutsu instructed the ninja how to hide among the elements of nature using the shade of trees or rocks, or a dark alcove for that matter, to conceal their presence; taking advantage of the confusion during raging storms, fog, or fires to sneak past guards and into a fortress or private residence. Festivals and holidays, skirmishes and brawls, as well as potentially any occasion where people gathered together could be used for the purposes of a ninja operation.

Ninja would get past a guard post by masquerading as comrades, calling out false commands, or mischievously yelling "Fire." Familiarity with the surroundings in enemy territory, including practical skill in a local dialect, was also seen as required assets for ninja work to be done. By the nature of ninjutsu operations not all possibilities and outcomes could be covered, so before anything else, ninja were expected to be creative in unforeseen situations.

“Since secret techniques for necessary penetration of the enemy’s camp are but temporary and expedient forms of deception, you need not always follow old ninja techniques. Neither need you discard them” (Bansen shûkai 1982, 481)

Practitioners of ninjutsu devised an astonishing variety of tools to help them accomplish their missions. First and foremost were the 6 utensils commonly carried by ninja: sedge hat, rope, slate pencil, medicine, tenugui (a small towel), and tsuketake (for lighting fires).

For missions expected to last longer, ninja would carry drink and dried food. For certain tasks, they had specialized equipment of various sorts, categorized in the Bansen shukai into climbing tools, water utensils (means of crossing ponds and moats, or hiding in them), opening tools for breaching doors and windows, and explosive devices such as smoke bombs, fire arrows, and gunpowder for rifles and cannon.

The Bansen shukai warns ninja not to be overburdened with tools, but to calculate the necessary equipment for the mission and carry only those.

“Thus a successful ninja is one who uses but one tool for multiple tasks” (Bansen shûkai 1982, 535).

Only at the height of physical and mental discipline and well-trained in martial arts did the ninja stand a chance to successfully perform their complex missions of espionage, assassination, and ambush. Ninjutsu training emphasized mastery of most major weapons systems and martial skills: sword, lance, short bow and arrow, grappling, staff, gunnery, and horsemanship.

Ninja would most often use throwing weapons (shuriken), such as short knives and three-, four-, six- or even eight-pointed stars. They were trained in swimming, to run covering long distances without fatigue, control of breathing, and walking techniques to avoid making a sound.

Ninjutsu also taught climbing techniques with various tools, such as rope ladders and metal claws that attached to the hands. Often on night missions, they developed superior vision in the dark and the ability to notice even the slightest of noises.

Beyond the above mentioned skills and knowledge, some secret Ninjutsu texts mention various ways of chanting, odd magic spells, incantations, and mudras (hand gestures) that assisted the ninja to concentrate their mental power and even receive divine protection. These unusual techniques might have derived from esoteric Buddhist practices, such as yamabushi (mountain warriors).

“A correct mind [seishin] is the source of all things and all actions. Now, since ninjutsu involves using ingenuity and stratagems to climb over fences and walls, or to use various ninja tools to break in, it is like the techniques of thieves. If one not revering the Way of Heaven should acquire ninjutsu skills and carry out evil acts, then my writing this book would be tantamount to revealing the techniques of robbery. Thus I place greatest importance on a correct mind” (Bansen shûkai 1982, 438).

Yasutake talks about the correct mindset and its development throughout two sections of his book. He does not give instructions as to how spiritual completeness is attained through the practice of meditation or the use of mudras, he instead quotes from classical Chinese texts stating that the ninja practice Confucian virtues of benevolence, justice, loyalty, and truth.

Yasutake claims that the most crucial component of the correct mindset is the ability to rise above concerns for one's life and death. He talks about the ways of the universe and the interaction of yin, yang and the 5 elements in it, so that students may comprehend that life and death are intimately connected and death is a natural part of life:

After World War II, the practices of ninjutsu were revived and taught in many places in Japan. Today, there are ninjutsu schools in several places world-wide.

As most forms of martial disciplines have been internationalized, ninjutsu schools often teach standard techniques derived from karate, kung fu, and other martial arts. In the strict sense of the word ninja are non-existent in today's world.

Although practitioners of some techniques and students of the tradition compete to achieves different ranks in different ninjutsu schools, these do not make them ninja, any more than training in swordsmanship qualifies one as a samurai. 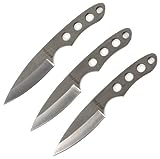 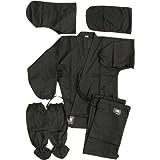