Looking for a story to lift your spirits and make you smile? In the world of sports and athletics, there are countless tales of amazing performances and heroic feats. Every day around the world there are young athletes who are making great sacrifices to pursue their dreams. But every now and then, along comes a story of a young athlete that seems so improbable that you just can’t help rooting for them to succeed.

The Queen of Katwe

Phiona Mutesi is not your everyday athlete. She does not run or jump or score goals. Her playing field is the chess board, and her athletic prowess comes from her mind. At the age of 10, only about two years after learning how to play the game of chess, Phiona became the youngest ever African Chess Champion. In 2012, she traveled to Istanbul, Turkey to participate in the World Chess Olympiad and was recognized as one of the very best young players in the world. As a result of her performance at the Chess Olympiad, Phiona earned the title of Woman Candidate Master, which is the first step on the road to the highest-ranking class, Woman Grandmaster.

Phiona Mutesi wasn't exactly dealt a great hand in her early life. Her father died of AIDS when she was just three, and her older sister died unexpectedly a few weeks after her father passed. Phiona grew up in the slums of Katwe, an area in the city of Kampala, Uganda, often sleeping on the streets and scrounging for food. This area of Uganda is one of the poorest regions in the world. As a child Phiona could neither read nor write, and by the age of nine she was forced to quit school because her family could no longer afford to send her. Phiona is not even sure exactly how old she is and does not know when her birthday is. She thinks she is either 15 or 16?

As faith would have it in life, a simple decision by Phiona changed the course of her life forever. Deciding to secretly follow her brother one day in 2005, Phiona came upon the Agape Church where her brother, Brian, had come to take part in a Sports Outreach Program run by Robert Katende. Designed to provide relief and religion through sports to some of the poorest people in the world, Katende was offering a bowl of porridge to anyone willing to learn the game of chess.

Having never seen anything like chess pieces before, Phiona was intrigued, but also very hungry. When Katende spotted her peeking into the room he invited the barefoot and tattered girl to come in. Katende began to explain to Phiona the rules of the game and showed her the different pieces. Watching the other kids play intrigued and fascinated Phiona, and she wanted to learn more about this new game.

And so, a journey was begun. Phiona began walking the six kilometers daily to play her new game, chess. Early on, Phiona struggled with her new found passion. Wanting to win as quickly as possible, Phiona would play very aggressively and was very reckless with her game. Coach Katende finally convinced her to be more patient and calm with her game and she finally won her first match, against a boy as luck would have it.

The thing that makes this so notable is that in Katwe, women are for the most part considered inferior. To beat a boy, while a notable achievement, would be frowned upon. Coming from the slums and being a young girl in Uganda is like having two strikes against you. To be a young girl, black, from the slums, and playing chess, well this just had never happened before, until Phiona came along.

Within a year Phiona was beating her coach. Moving on to stiffer competition, Phiona, who was probably about ten years old at the time, was soon beating up on older kids from boarding schools and university players. Learning the game mostly through trial and error, Phiona has the unique ability to play the game while envisioning the board many moves ahead. Her ability to focus, and to play on instinct instead of chess theory has taken her game to unimaginable heights in a very short period of time.

In 2007, at about the age of 10 or 11, Phiona won her first Uganda Women’s Junior Championship. In just two short years, she went from never having heard of chess, to winning a national title. She would go on to win this title three years in a row. The only thing that prevented her from winning four in a row was that the Uganda Chess Federation could not afford to hold the tournament in 2010.

The Queen of Katwe - A short docuntary

In 2009, Phiona traveled out of Uganda for the very first time. Along with two boys from Uganda, she traveled to the Sudan to participate in the African Children’s Chess Tournament. This was the very first time that Phiona flew on an airplane, stayed in a hotel, had her very own bed to sleep in, used a toilet, and ate in a restaurant. To say that she must have suffered from severe culture shock is an understatement. It was all part of a world that Phiona had never imagined, and never knew existed.

To make a long story short, the Uganda team swept to victory in the Sudan. Phiona and her teammates did not lose a match and brought home the team championship. But a funny thing happened on the way back to Katwe. Their joy and festive mood was replaced by stark, solemn faces. Their disposition and mood quickly changed to match the gloom that surrounded them back in Katwe. To return with smiles and joy would have been so out of character for the trio. They were back in Katwe, and this is the life one leads here. For Phiona, no matter where chess would take her, home was still the simple ten square foot shack in Katwe.

In 2010, Phiona was selected to the Uganda National Chess Team and traveled to Siberia, Russia, for the World Chess Olympiad. For Phiona it was just her second trip outside of Uganda.

Still just a child, Phiona competed against some of the best chess prodigies from around the world. In all, over one thousand players from over 140 countries competed. For Phiona, it was her first international experience and she was quickly humbled in her first match against the Canadian National Champion. Keep in mind that although just 14 or so, she was competing not against other kids, but against some of the best chess players in the world.

Phiona would go on to win just one match at the Olympiad. But the experience gained from this competition would no doubt pay benefits down the road. For a child with no formal training in chess, who came from one of the poorest communities on the planet, to just be here was but a miracle.

In August of 2012, Phiona and the Uganda National Chess Team competed in the 2012 World Chess Olympiad held in Istanbul, Turkey. With her results much better than her first Olympiad, Phiona was honored as one of the best young players in the world. This is certainly a sign that her stock is rising in the very competitive world of chess. With her performance, Phiona and a teammate, Ivy Clare Amoko, became the first ever Ugandan female players to attain the title of Woman Candidate Master (WCM).

Phiona’s story is far from over. Her success has garnered worldwide attention and she recently traveled to the United States for the first time. A book on her remarkable story was published in 2012 by Tim Crothers, and Disney optioned the rights to the book and released a movie in late 2016. And through all of this Phiona just keeps on playing chess, and trying to elevate her game so that she can fulfill her dream of becoming a Grandmaster.

Whether or not Phiona ever achieves her goal may not be known for years to come. In the meantime she has started a revolution of sorts. She has inspired thousands of young women around the world to reach for the stars to achieve their own dreams. Her message is clear and simple, if I can do this, you can do anything you want with hard work and perseverance.

I will be following Phiona’s story as she continues her march toward chess immortality. Something tells me that I am not the only one who will be rooting for the Queen of Katwe. 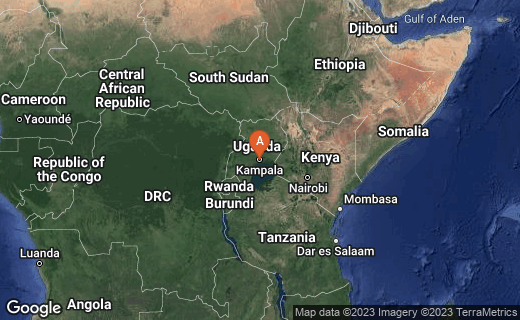