In world competitions like this, nations are gathered to cheer their own team and once more having that pride in themselves. In Asia, there are four teams in the continent which are included in the FIFA World Cup 2010.These are South Korea, Japan, North Korea and Australia. South Korea is the team to beat among the four Asian representatives at the FIFA World Cup 2010. That is the perceptions of many people including reporters and fans of football across Asia. But we never know, nobody can ever predict the winner.

South Korea is the team to beat. As a woman who loves to watch sports, I am fascinated by world competition. FIFA World Cup is an event where nations flaunt what they've got so to speak in the world of soccer/football. Some would even go to the extent of using it as a friendship gesture like what is happening in South Korea and North Korea, where politics don't agree but in sports, they support each other.

The thing is that among all the Asians contenders in the World Cup only South Korea's team was able to beat the other three countries. South Korea team is the Best Bet Among Asians at the FIFA World Cup 2010. 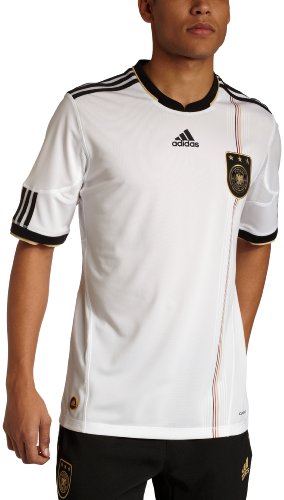 The South Korea team for the 2010 World Cup are impressive this time as it includes :

Coach Huh Jung Moo is hopeful and he has a very good squad this time. Huh Jung Moo was a star defensive player scoring scoring 15 goals in his 77 matches. He was a was fitness trainer for South Korea and was an assistant coach at USA in 1994.

There are thirty South Korea provisional squad member listed in the FIFA World Cup website and this will be final come First of June 2010.

Lee Dong-Gook, a striker is able to play after their first game with Greece as he is still recuperating from hamstring injury.

South Korea's Chances of Winning at the FIFA World Cup 2010

The question is, can the South Korea team repeat what happened in 2002 wherein they finished fourth overall. Hopes are high and qualifying for the second round is one of their biggest hopes. They are fighting with the group of winners like Argentina, Nigeria and Greece for the first round and these are good teams as well.

South Korea emerge as a winner among all Asians in the 2002 World Cup as they reached the semi finals and was declared fourth overall. That is a big feat and they are the only team in Asia to reach that. Furthermore they appeared eight times already (including this year) and continuously since 1986 at World Cup event.

The very famous Lee Young Pyo-- South Korean football player -- who is well famous for his speed and dribbling skills had this to say " ---- There will be no easy teams at the World Cup. I can't say we're pleased with the draw, but we accept it. It's difficult to rate our chances, but we can get wins against Greece and Nigeria. We have to qualify for the second round - that's our objective for this World Cup,'

South Korea never lost in any of its 14 qualification matches, so that is another thing to consider and reason to be hopeful.

Let us see who will win in their first two games schedule on the 12th and 17th of June 2010 that of South Korea against Argentina and Greece. And all fingers crossed across South Korea as they cheer their players to the 2010 FIFA World Cup 2010.