Sports History: Team Nigeria In the London Olympics 2012 and Rio 2016

In the above photograph, Grandmaster Emmanuel Ikpeme accepts his award while dressed in the traditional Taekwondo Jidokwan master's jacket that represents the school of Yudo (Judo) from which Jidokwan descended in Korea. To his left (our right) stands Grandmaster George Ashiru, a close associate of GM Ikpeme and a much respected father of the Taekwondo development movement in Nigeria.

In the background of the photograph, you see black belt practitioners that were inducted into the Black Belt College Hall of Fame.

Engineers are not produced after a crash course for the creative. Olympic champions can't be produced after 2months of "intensive" preparations. It takes 6-8 years to take a first class talent to Olympic heights. Those who lack long term vision and stamina should never be allowed to manage resources and talents. RIO starts now, not 2015.

My friend and colleague, Emmanuel Ikpeme, is one of the most hardworking and effective practitioners and promoters of Taekwondo and other martial arts and sports anywhere in the world, not only in Nigeria and all of Africa. He brings people together no matter what their race, religion, gender, or politics. He does this whether he is teaching a class, training an Olympian, presenting a paper, forming a new organization, or hosting a radio show. He travels around the globe more often than an astronaut.

Grandmaster Emmanuel Ikpeme is the CEO, Founder, and National Coordinator of the Nigeria Taekwondo Foundation 1975. Their mission is to deliver the best in Taekwondo, Martial Arts, Sports, Fitness, Training Services, and Management Consultation.

Headquartered in Lagos, Nigeria, Grandmaster Ikpeme became a 1st dan black belt on April 24, 1977, setting his course for a long and accomplished service to humankind through Taekwondo and other martial arts. Recently, he received a Lifetime Achievement Award for his career and service. His work has provided training and motivation for thousands of people worldwide and physical and mental health for like numbers. He is an inspiration that people want to follow.

Gm Ikpeme's Nigeria Taekwondo Foundation75 is the major driving power for Taekwondo and other martial arts and Olympic Sports Events in Africa, not only in Nigeria.

From 2007 - 2012, NTF75 has effectively gained membership all over Nigeria and West Africa. it has, thanks to GM Ikpeme, formed cooperatives and partnerships all over the world. These can be found in the USA most often Florida, Illinois, Texas, Ohio, and other states. Florida has been one of the biggest successes.

Ikpeme was the leader to Nigeria's 1st World Cup Taekwondo win in 2004 in Florida. Nigerians also won at the US Open in 2006. In fact, Master Nicholas Dutse earned 2 Gold Medals at the Dallas, Texas US Open Taekwondo Championships, in Poomse (forms) & Kyeorugi (sparring).

What Makes a Grandmaster?

As a young employee at what was then called the Super Cinema in Lagos from 1972 to 1974, Emmanuel Ikpeme saw Chinese movies with actors like Wang Yu, Chen Sing, and Bruce Lee. He became inspired! He began training at age 16 and in 2011, became the first African member of the Taekwondo Hall of Fame in South Korea. Few have accomplished the lineage of honors that follow his globe-trekking work.

Having studied Taekwondo and martial arts myself for 30 years as of 11 July 2012, I must say that I like Grandmaster Ikpeme's translation of the word Taekwondo to Tae Kwon Do better than any other:

"Self-defence art of hand and leg, which involves mental cultivation leading to philosophical way of self-mastery.”

University of Lagos, Where Taekwondo is Beloved 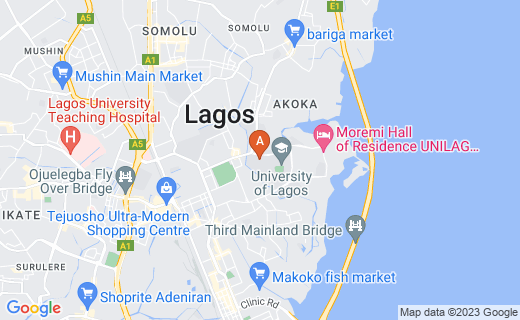 May 29, 2012: Nigerian President Goodluck Jonathan renamed the school Moshood Abiola U. to honor Moshood Abiola, who died a political prisoner 1998.

George Ashiru is another Hero of Taekwondo in Nigeria and the world. He has accomplished more in his life so far than many others will ever conceive of doing and he remains energetic in his dedication to the development of martial arts and sports for adults and youth. He is a perpetual motion machine for Taekwondo and martial sports!

GM Ashiru is the head of the Nigeria Taekwondo Black Belt College (NTTBC), founded 1986. This organization is one of the forerunner of Taekwondo Black Belt Association of Nigeria and connected with the National Federation for Taekwondo (NTF) in Nigeria, founded in 1975 and known well at NTF75. The NTF is the highest technical body for thousands of black belt practitioners in that nation. The associated Facebook group is located at https://www.facebook.com/groups/ntbbcnigeria/.

Grandmaster Ashiru became a Lifetime member of the Taekwondo Jidokwan Historical Society on March 20, 2008. Jidokwan school of Taekwondo was passed to Nigerian practitioners by GM Aikpa Aime beginning in 1975. The teaching was originated from GM Young Tae Kim in Africa beginning in 1967 in Cote D'Ivoirea.

GM George Ashiru began martial arts training in the Korean style of Moo Duk Kwan in 1976. Two years hence, he joined the Korean Karate Federation in England. In 1979, he joined the Nigerian Jidokwan Taekwondo School in Lagos. He earned the 1st Dan black belt in England in August 1982 with the Amateur Martial Association (AMA) and continued training, joining the World Taekwon Clubs under the WTF Master Jong Hee Yoon. Today, AShiru heads the NTBBC and trains Olympians and other martial artists.

The British High Commissioner to Nigeria, Andrew Lloyd, proclaimed that the Nigerian Summer Olympic Teams in London for 2012 will flourish. two million Nigerians living in the London area already are sure to boost the spirits of the Team Members and lend their support in any way possible.

The largest number of Olympic Medals expected from Nigerian Teams are expected in Athletics, Boxing and Football (Soccer to Americans).

Female police officer Chioma Ajunwa was a long jumper. She is Nigeria's first Individual Olympic Gold Medalist, winning in the Long Jump. However, she was also the first African woman to win the Gold in a field event in 1996 - in Soccer. She is active in anti-doping activities related to sports and the public response to her message and events is incredibly large.

Nigerians have competed in as many as 12 different Olympic Summer Sports - 10 in Beijing 2008, but London 2012 will witness them better prepare than ever before and in the greatest number ever participating from Nigeria.

The men and women of Team Nigeria do not split into the Women's Team and the Men's Team. They are all one team, but participate in the gender-based events as needed.

Beijing 2008 Taekwondo Bronze Medalist Chika Chukmerije competes in his third games in London 2012. Every good wish goes out for him to medal again. He reports to Team Nigeria that the Olympics have changed his life and given him a more positive outlook about the world and people.

Nigeria qualified 2 Taekwondo Practitioners for the games after the African qualifiers in Egypt ended in January 2012:

Also a martial sport, Nigeria has male and female BOXERS going to London as well:

Other sports include Athletics (Track and Field events), Basketball, Canoeing, Swimming, Table Tennis, Weightlifting, and Wrestling. Since I know some Women's Wrestling Coaches in Africa Zone-3, let me give you this Olympic Qualifying Information:

Patty Inglish, the Hub Author, is Patron of the Diaspora Global Actions for Sports and Culture (DGASC) in Africa and a USA Representative to the Supreme Council for Sports in Africa Zone-3. She holds 9th dan black belt, grandmaster status, in five martial arts after many years of concentrated hard work. 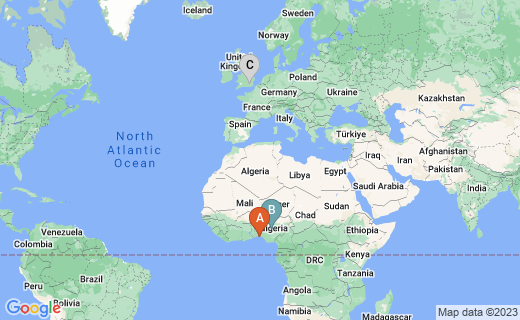