There are so many bad things that are in the news every day, we all need some good news once in a while. It has been a while since this story happened, but it is still a great feel good story about the good things that people do to help others.

This is a very cool, feel good story, about a group of disc golfers that set out to help a fellow disc golfer. They wanted to help, not to get something for themselves, but to do what they would want someone to do for them. The story started as a post online, Dgcoursereview, where disc golfers hang out and discuss all things about disc golf, from techniques, to equipment, to courses, to general disc golf talk.

This story starts 4 days before my writing down the events so it can be remembered as the way things should be. A fellow disc golfer was cruising around on E-bay, looking at the disc golf equipment for sale. He came across an item that looked interesting. The item was a bag with 15 discs, a couple of mini discs and a few misc. items.

As he investigated it more, he noticed that the bag was a Revolution, Carolina team bag, retail $125. The discs are worth about $10 to $15 each. As he looked further he noticed that one of the mini discs had the owners PDGA number on it. PDGA is the rules governing organization for the sport of disc golf. On the bag were tags from tournaments that the bag owner had won. It seemed strange that someone would be that into disc golf and just decide to sell all his best stuff. He also deduced from the description that the seller was not the owner, because the seller didn't seem to know anything about disc golf. He thought it appeared to be a strange item to sell and thought it may be stolen.

He then looked up the PDGA number to see who the owner of the bag was. He found the name, but there was no contact info. So he went on Facebook and searched for the name. He found a name match in the area of Ontario Canada where the seller was located, and sent him a message to see if it was him, and if it was stolen. He sent the seller an email and asked where he got the bag. The seller said he got it at a thrift store.

The person investigating got no response from the message he sent to the possible victim. He made the first post online. He wanted to try to get the owner informed so he could get his stuff back, if it had been stolen.

After the post was made, several other people were throwing out ideas as to what to do to find the owner before the bag was sold to someone else. They had his name so several others started looking for him in different places and sending out emails to see if they could contact him.

A couple of the guys friends heard about what was going on, and confirmed that the bag was stolen. They were also now trying to get in touch with him. Several of the other disc golfers involved online were emailing the seller and emailing E-bay letting them know the property was stolen.

One of the victims friends posted a link online in Canada where the victim told the story about how his stuff was stolen, the post was from July 1. His bag had been gone for 3 months, very unlikely he would ever see any of it again after that long. But they couldn't get in touch with him. Several people in Canada and the U.S. were working on this now. 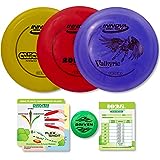 It's now 8:30 am the next day, the victim has been contacted. He makes a post online saying he has contacted the police and he was the highest bidder on the stuff. He said he was working on getting it back and he would keep us informed.

Some other people started checking out the seller. He has been selling for a while, and had a good rating. It seemed like he was telling the truth and he was not the thief. You would think he would be smart enough not to sell something stolen, with Id tags on the bag.

The victim posted again. He said he was overwhelmed that so many strangers would step up and put so much effort into helping someone they didn't even know. He also asked everyone to back off a bit on the seller so, if he was the thief, he would not be scared away. The victim was just going to be the high bidder and take care of it from there. The police told him it might take a while to get the paperwork to get the sellers identity from E-bay and track it down. There were 2 days left in the auction, the victim just wanted his stuff back.

By now most people are agreeing that the seller is not likely the thief. All we can do now is wait and see. It's now 3:20 PM, the victim just posted that the police just left his house, and they were going to get involved. He said he will let us know.

1:25 AM day 3. The victim posted that he had his bag and his discs back. The seller bought the whole thing at a thrift store in London Ontario for $39.95. The victim paid the seller the $40 for what he spent, he just wanted it back. Everyone believed that the guy was telling the truth. The victim said the seller told him he had gotten 89 emails from 18 states and 3 other countries, some of them were rather threatening. The victim explained that the anger was meant for the thief. The seller said he understood.

There were over 180 posts in this thread. Everyone on the site got together to help the victim get his bag and discs back. Everyone who gets bitten by the disc golf bug, knows that even losing 1 disc, is kind of traumatic, even though they are not real expensive, they are prized possessions. You get a disc broke in just right for specific shots and you don't want to start over on breaking in the discs.

I can't imagine what it would be like to lose them all. I can imagine how great he feels to get them all back, after 3 months. The victim said he had a tournament to play in today, I bet he had one of his best rounds ever.

There is not much drama online in the disc golf community. This was a nice change, and a very cool thing to do. Thousands of disc golfers watched the whole thing unfold, and let out a big cheer for the good guys when it had a happy outcome. It also shows that there are a lot of people that will do the right thing.

Thanks to everyone who had a hand in making this happen.

Read some of my other articles

How to select disc golf discs