The F.A. Cup - The Best Football (Soccer)Competition in the World

The Magic of the F.A.Cup

The F.A. Cup was first fought for in 1872 and has over the past two centuries managed to retain its mystique and aura. Quite simply it is the most democratic of cup competitions, offering both small and big clubs the chance to play in the final. That final is usually played at Wembley stadium, one of the finest sports stadiums in the world.

No other cup competition on the planet offers such a dream.

Don't believe me? What about the 2013 final when lowly Wigan won against giants Manchester City. Think of the Crazy Gang versus Aristocrats final in 1988. Liverpool were odds on to beat Wimbledon easily but lost 1-0.

Or the 1973 classic between then top club Leeds United and underdogs Sunderland. Sunderland keeper Jim Montgomery played out of his skin to keep a clean sheet and the Black Cats went on to win, again 1-0.

Every year seems to bring surprises and upsets.

Just look at the year 2007-08 when all four semi finalists were far from glamorous : Barnsley, Cardiff City, Portsmouth and West Bromwich Albion.

There's nothing like the F.A. Cup for bringing the best out of players, from amateur to top professional. You could say it's the People's competition, it retains all what's best about the game of football - the drama, the passion and most of all the glory.

Lifting the F.A.Cup at Wembley stadium is every captain's favourite dream. Wayne Rooney got to do just that in 2016, his Manchester Utd team coming from behind against underdogs Crystal Palace to snatch a late but deserved victory 2-1.

Bradford City, a league one club, managed to beat EPL outfit Chelsea at Stamford Bridge by four goals to two. Yes, that's right, the final scoreline was Chelsea 2 Bradford City 4. This was no fluke. Bradford fought hard and despite being two goals down early on in the match came back with four goals and fully deserved their incredible win.

In the next round they were drawn at home to another premier league club, Sunderland. Could they repeat the heroics of the previous round? Answer : an emphatic yes they could. They beat Sunderland by two goals to nil. On the Bantams marched. Their next opponents in the quarter finals were Reading but Bradford City couldn't repeat their heroics of previous rounds and lost 3-0.

January : The Famous 3rd Round Draw

At the turn of the new year one special weekend captures the unique spirit of the English F.A. cup: it's the 3rd round, when the giants, the Premier league clubs, enter the fray. This is the moment the small clubs have been waiting for, the chance to meet with a giant and pull off a memorable shock.

Over the years many performances have caught the eye. Clubs such as Manchester United, Liverpool, Arsenal and Newcastle United have all fallen at the 3rd round stage, giving supporters of lesser known clubs the opportunity to go wild and really start to dream! 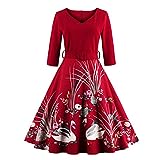 Although every F.A. cup final is special, certain matches tend to go down in history. The following years produced an extra special story, generated from the football played, the players involved or an extraordinary event.

2006 - Liverpool 3-3 West Ham (Liverpool won 3-1 on penalties) - Steven Gerrard scores a phenomenal volley late on to equalise at 3-3. Liverpool go on to win. The goal has been described as the most sweetly struck volley ever seen in a cup final.

1990 - Manchester Utd 3-3 Crystal Palace - Two goals from Ian Wright brought Palace to within 7 minutes of winning the famous trophy in this memorable end to end final. Man Utd won the replay 1-0
1988 - Wimbledon 1-0 Liverpool - the Crazy gang beat the mighty Reds to cause one of the shock results of the century.
1987 - Coventry City 3-2 Tottenham Hotspur - A diving header from Keith Houchen gave Coventry a rare chance to enjoy the glory of a Wembley final win.
1984 - Everton 2-0 Watford - Elton John's tears were captured on camera as his team fought valiantly before losing out to top team the Toffees.
1981 - Tottenham Hotspur 3-2 Manchester City - Argentine delight. Ricky Villa scored a fantastic solo goal in the replay to ensure victory for Spurs.
1976 - Southampton 1-0 Manchester Utd - Bobby Stokes scored with a beautiful strike and caused a sensational upset.
1975 - West Ham Utd 2-0 Fulham - an exciting all London final with the Hammers coming out on top.
1973 - Sunderland 1-0 Leeds Utd - Jim Montgomery's miraculous goalkeeping kept out then topshots Peter Lorimer & Co.

1970 - Chelsea 2 Leeds United 2 - A draw at Wembley meant a replay at Old Trafford which Chelsea won 1-0 thanks to a strange headed goal by defender David Webb. This replay has been described as one of the dirtiest matches ever played by top professionals. Mad tackling, punches thrown and head butts were on display. Fierce rivals for decades these two excellent footballing sides seemed to turn demonic whenever they played each other.

1953 - Blackpool 4-3 Bolton Wanderers - the Stanley Matthews final. The wizard of dribble and feint produced a magical display to help his team win against much fancied Bolton.

1872 - Wanderers 1-0 Royal Engineers - the first ever final played at the Kennington Oval back in the day when footballers were gentlemen and large moustaches were all the rage!

The 1923 F.A.Cup final was attended by over 100,000 spectators, at the famous Wembley stadium in London. But things got a little out of hand before kick off when the crowd spilled onto the grass with excitement. Such was the crush a mounted policeman was called in to clear the pitch and move the fans clear of the white lines and goal mouths. 'Billie' the white horse has gone down in football history. This final is better known for one four legged animal, not the teams and the result!

The 2013 F.A. Cup final was a classic Goliath versus David clash. One of the wealthiest clubs in world football against a small town club who were playing their football in the lower English leagues only 10 years ago.

Only in the Cup - this traditional saying is so true. Smaller clubs with relatively unknown players seem to raise their game to incredible highs. Season after season the upsets and giant-killings grab the headlines.

Wembley stadium witnessed the glamour boys of City brought down to earth by the hard working and slick passing Wigan. A beautifully guided header from a corner proved to be the winning goal.

Football is all about glory. The F.A. Cup is the most glorious competition.