A large number of people enjoy taking a day and spending it at an amusement park. A large number of these park goers spend much of their day in line for roller coasters. Some of the earliest roller coasters that still enthrall enthusiasts are the Coney Island Cyclone and the Thunderbolt at Kennywood Park. Few roller coasters built in the decades between these early favorites and the 1970s were terribly impressive. Then King's Island, located just outside of Cincinnati in Mason, Ohio, decided to build a throwback wooden coaster that would take the art of coaster design to the next level. 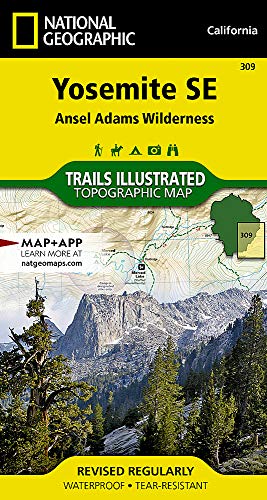 The History of the Kings Island Beast

The Beast is one of the most famous roller coasters in the United States. It has had over 45 million riders since its opening in 1979. Initially, Kings Island wanted a replica of a coaster that was popular at Cincinnati's Coney Island Park (not to be confused with the more famous Coney Island in Brooklyn, New York). Rather that re-build the old Shooting Star, Kings Island decided to go with a new design that took advantage of a somewhat hilly and wooded part of the part.

Kings Island's construction department handed the actual building of the coaster's structure. The train cars were built by Philadelphia Toboggan Company. Al Collins, John C. Allen, and Jeff Gramke were the designers that drew up the plans for the Beast. Charlie Dinn was the leading engineer at Kings Island at the time and directed construction. Dinn later went on to found what is now known as Custom Coasters International.

The coaster officially opened to the general public in April 1979. Before this date, the park heavily advertised its new ride to draw passengers to Kings Island. The publicity campaign was quite successful and the Beast quickly became one of the best-known roller coasters in the world.

A Ride from the Front Row

Statistics from the Beast

The Beast is one of the most unique coasters in the world. When Kings Island debuted the Beast in 1979, it was the longest, tallest, and fastest wooden roller coaster in the world. It also had a drop that was over 30 feet further than its tallest hill. The Beast quickly became the biggest attraction in the Rivertown section of the park.

The highest point on the Beast is 110 feet above ground level. The drop reaches 141 feet. The ride reaches a top speed of 65 miles per hour. The track is nearly 1.5 miles long at 7,359 feet, and a ride on the Beast takes 4 minutes and 10 seconds. The track takes up nearly 35 acres of the Kings Island property. On all accounts, it is one of the most impressive wooden coasters in the world. There are no loops or flips on the track. Perhaps the most interesting aspect of the Beast is its two lift hills. All coasters require a lift to get to the top of the highest hill. This allows the cars to take advantage of gravity and run the rest of the ride with ease. The Beast has another massive hill near the end of the ride and requires another lift chain to get to the top.

About 1,200 people can ride the Beast in an hour. The ride uses three trains at any given time, and each train can hold up to 36 riders.

A Ride on the Beast

I've probably personally ridden the Beast at least 25 times, as I used to go to Kings Island on an annual basis and ride it multiple times per visit. It is still my favorite roller coaster that I've ridden. Wooden coasters are great for those who like history and nostalgia, so I actually like them better than most steel coasters.

A ride on the Beast begins in a very large station that fits with the general theme of the old Rivertown section of Kings Island. From the station, riders slowly drop about 10 feet as the track veers to the right in preparation for the first lift hill. This hill takes riders 110 feet above ground level and then begins a drop of 135 feet. The length of the drop is enhanced by a cement tunnel at the bottom of the hill. The ride then goes through the woods and riders feel both weightless and heavy as they ascend and descend hills. At the end of this first part of the run, the train then ascends the second lift hill that then begins a gradual descent into a double helix that is partially covered by a shed-like tunnel. This finale is one of the best among coasters, as it is completely unexpected by first-time riders.

Those who are getting ready to ride the Beast for the first time should be ready for a very jarring ride. Other than the lift hills, there is little that could be considered very smooth about the ride. The Beast's standing among coasters is quite secure, and it remains one of the leading attractions at Kings Island. The American Coaster Enthusiasts awarded the Beast with the Coaster Landmark Award in 2004. The ride still consistently ranks among the top 10 wooden coasters in America, and a ride on the Beast is a must for those who visit Kings Island.