David Beckham Academy & the Man behind It

The David Beckham Academy was launched in 2005. Its the largest sporting facility of its kind in Europe and was set up to help young athletes (8 – 15 years), build up their skills and learn how to live a healthy life amongst other things.

The Academy also runs a very successful Schools Programme that includes a training day linked with Key Stage 2 and 3 learning. So far over 30,000 children have taken part in this for free.

The Academy is in Greenwich London. (pronounced Grenich) It’s in a perfect Tourist location, situated just next to the O2 where Michael Jackson was going to have his concerts this year. Its not far from where I live – I tend to visit the O2 a lot. There is also another Academy in Los Angeles, America. (The Academy in UK is just next to North Greenwich Underground Station. Parking is also available).

So, if you want your son to be the next Ronaldo, register him below.

** This Hub was originally written in Oct 2009.  In May 2010, I found out that the Register links above are no longer working as the website is undergoing changes. It gives the message below. I will update the links as soon as David Beckham's site is up and running again. Thanks.

Some Facts about David Beckham

One of David's many Hairstyles

Me, sitting by the fountains outside the Academy - 2009

I admire the fact that his marriage has stayed strong even though Rebecca Loo (His ex Personal Assistant) nearly split it up with an allegation that she had an affair with him. I wish David and Victoria good luck for the future - not that they need it.... 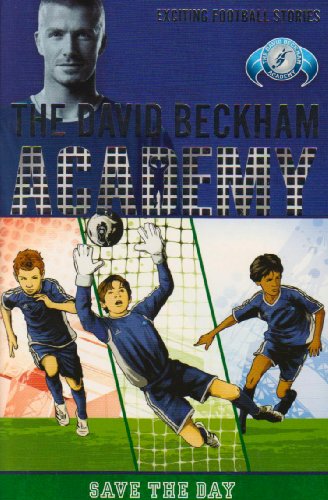