The Best British Footballers Of All Time.

Obviously any greatest list is going to be subjective, some of the players on this list may surprise you some of them are an easy pick, some never received many, if any, international caps, and one lifted the World Cup.

Possibly my favorite player of all time, a shot like a thunderbolt, Bobby appeared in four World Cups for England including winning the trophy in 1966. Bobby was known for his fitness and stamina and passing ability. Today Bobby, a great ambassador for the game is a member of the Board Of Directors at his beloved Manchester United.

Possibly the greatest player ever to come out of Great Britain, Northern Ireland born Best had sublime dribbling skills, pace and acceleration, a great shot and was comfortable with both feet. A charismatic character, loved by the ladies, George became Britain's first celebrity footballer. Best died in 2005 at the age of 59 from complications from the drugs he needed to take after a controversial liver transplant he had received. George certainly lived life to the full and his character is seen in this quote when he said of his career " I spent a lot of money on booze, birds and fast cars, the rest i squandered ". 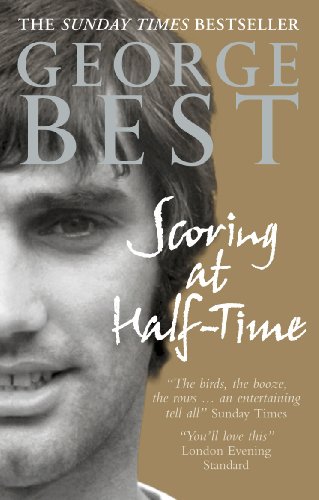 Moore is widely regarded as one of the greatest players of all time and has even been cited by Pele as the best defender he ever played against. Moore spent the vast majority of his career at West Ham but spent the latter part playing for Fulham which included an FA Cup final appearance in 1975. Moore received 108 England caps, a record at the time and as England's World Cup winning captain is very much an iconic figure to English football fans.

No list of Britain's greatest players could be complete without Hurst, after scoring 3 goals in a World Cup Final for your country at Wembley you are guaranteed a place in English football folklore.

Johnstone was a very special player, voted Celtics greatest ever by their fans. Johnstone was one of the Lions Of Lisbon a member of the superb Celtic side who won the European Cup in 1967, sadly Johnstone died at the relatively young age of 61 from Motor Neurone Disease in 2006.

Who can forget the image of " Gazza " in tears after getting booked and knowing he would miss the next game at Italia 90? Gascoigne arguably the most skillful complete footballer to come out of England, on his day unplayable.

Banks was an important member of England's World Cup winning team in 1966 and also many believe would have helped England progress further in 1970 if were not for injury. Banks is remembered by many for his save against Pele in the 1970 World Cup Finals, and he made 73 appearances for his country. Banks was voted number 2 goalkeeper of all time just behind Lev Yashin by the IFFHS.

Must be one of the best finishers British football as ever seen. Linekers talent was not his dribbling or passing skills, his game was based on being in the right place a the right time, his spacial awareness was uncanny he made the difficult look easy and was outstanding at Italia 90 where he won the Golden Boot award as top scorer in the tournament.

As well as winning numerous honors with both Liverpool and Celtic, Dalglish is Scotland's joint record scorer with 30 goals and the most capped player for his country with 102 caps. In 2009 football magazine Four Four Two named Dalglish as the greatest striker in British post war football. As well as his acievements as a player Dalglish led unfashionable Blackburn to a Premier League title to add to the 3 First Division and 2 FA Cups he won as manager of Liverpool.

At a 125 caps Shilton holds the record for England appearances and also holds the record for competitive appearances in world football. Shilton often shared the England number one shirt with Ray Clemence and undoubtedly would have won many more caps if it was not for this rivalry. Shilton's honors include two European Cups, a First Division title, a UEFA Super Cup and a League Cup. Shilton represented England in 3 World Cups and 2 European Championships.

Welshman Charles nicknamed the " Gentle Giant " , was one of the greatest all round players to come out of Great Britain. Charles was equally comfortable playing at centre forward or at centre back, Charles was also one of the first British players to play abroad when he was transferred to Juventus of Turin in Italy in 1957. Former England manager Bobby Robson described Charles in his autobiography as being " incomparable " , " the only player to be world class in two different positions ", praise indeed.

The highest scoring Premier League striker by far with 260 goals the next highest is Andy Cole with 188, that gives some idea just how prolific a goal scorer Shearer was.Shearer made 63 England appearances scoring 30 goals including 5 at Euro 96 making him top scorer at the tournament. Shearer spent the majority of his career at his beloved Newcastle but also played for Southampton and Blackburn Rovers with whom he won the Premier League title in 1994 /95.

It would probably be fair to say that Ashley would not be the most popular player on this list but his ability and his consistency for England have to make him one of England' greatest. Cole is England's most capped black player and considered by many of his fellow professionals as the best left back in the world, he has represented England in 3 World Cups and 2 European Championships. Before being transferred to Chelsea in 2006 Cole was an integral part of an Arsenal team nicknamed the invincibles after they managed to go a whole season undefeated in 2004/ 5. 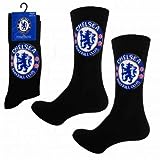 One of Scotland and Manchester Uniteds all time greatest strikers. Voted European footballer of the year in 1964/ 65, Law holds the scoring record at Manchester United scoring 46 goals in a single season. Law jointly holds the Scottish International goal tally with 30 goals and performed for Scotland on 55 occasions. Sadly Law missed United's European Cup triumph in 1968 due to injury.

Beckham was part of the Manchester United side that won 6 Premier League titles, two FA Cups and won the Champions League in 1999, he is the only English player to win League titles in four different countries. Beckham is the most capped outfield player for England with 115 appearances. Beckham has become a great ambassador for English football and remains a popular figure and role model for aspiring young footballers everywhere.

Stanley Matthews is the only English player to be knighted whilst still playing. Matthews played the top level of the game at the age of 50 and played his last competitive game at the incredible age of 70. Known as the " magician " or the " wizard of dribble ". Frank Beckenbauer once noted that Matthews skill and speed meant that no one in the game could stop him. Stan made 54 appearances for England and even today is a legend in the game, he spent an amazing 19 years of his career with Stoke City and another 14 with Blackpool!

Wilson has long been regarded as one of the greatest left backs England has ever produced. Probably the player with the lowest profile of England's World Cup winning team but his pace down the left flank allowed England to play without wingers, and with his tremendous passing ability his contribution to England greatest triumph should not be underestimated.

Scholes is classed as one of the best midfielders of his generation and his play has received plaudits from the likes of Xavi and has been described by Alan Hansen as being in the top 5 players to ever play in the Premier League. Scholes came through the ranks at Manchester United alongside other notable players such as David Beckham, Ryan Giggs, Nicky Butt and the Neville brothers .A player with mercurial passing ability who is highly rated the world over. Scholes made 66 appearances for England and won every domestic honor with United including 11 Premier League titles and also won two Champions League medals, only success at International level eluded him.

Billy Wright captained England a record 90 times and was also the first footballer in the world to earn a hundred caps for his country. Centre half Wright spent all his career at one club Wolverhampton Wanderers and in a 20 year career was never sent off or cautioned. Wright won three Division One titles with the great Wolves side of the 1950s and one FA Cup.

Midfielder Robson was voted Manchester Uniteds greatest ever player in a poll of ex players. Robson earned the nickname " Captain Marvel " both for United and England with whom he reached 90 caps. Robson scored one of the fastest goals in World Cup history when he scored after only 27 seconds against France in 1982.

Lofthouse made only 33 appearances for England but scored 30 goals giving him one of the best goals per game ratios ever seen at international level. Lofthouse spent his whole career with Bolton Wanderers. A legend in the game Lofthouse retired relatively early from the game due to an ankle injury, he won the FA Cup with Bolton in 1958 after earlier being on the end of a defeat in 1953 to Blackpool in the famous " Matthews final ". Bolton Wanderers named their East Stand at their Reebok Stadium after him.

Still playing today at the age of 40, Giggs is possibly Britains greatest ever winger. Giggs is the most decorated player in British football with 13 Premier League titles, 4 FA Cups, 3 League Cups and 2 Champions League medals to his credit. Giggs is a tireless runner with tremendous passing and crossing ability and was awarded the Order Of The British Empire in 2007 for services to football.