The Life and Times of a Travel Ice Hockey Mom! How to be a good Hockey Mom!

Sarah Palin once made the joke about "What is the difference between a pit bull and a Hockey Mom? Lipstick!" Well all I have to say Mrs. Palin you were right. My son Ian has been playing hockey since he was 4 on a house team. This year, to his credit, he made a travel team. This change in skill level has been an eye awakening event for us all.

We quickly found out that when our son went up to travel the whole relaxed atmosphere of the game and parents changed. When playing at house level the games are slower, no checking and only a sense of self imposed competition. Most of the time you play the same kids every weekend. You always had practice on Saturdays, played on Sunday. House teams were always given ice time before the crack of dawn. So your weekends were your own. The parents would all gather around the ice and drink coffee, eat doughnuts and gossip. If you could get past the fact your weekend started earlier than your work week you were good.

When Ian was selected for his travel team my first thought was "yeahhhhhhhhh no more 4am hockey runs!" Let me tell you it was party time in my house until reality set in. The reality was practice 3 days a week, games on Saturdays and Sundays for months on end. Weekends in strange hotels with 17 puberty crazed boys. More equipment, more Hockey Stench, and hours on the road.

When the season first started I we quickly realized that with growth comes growing pains. In the case of a hockey player going up to a travel team they quickly realize that, in my son's case, they are no longer a big fish in a small pond, slacking doesn't work, and if you don't pull your weight in a game you are going to hear about it. As, a hockey mom I realized that in addition to my son's level of commitment was expected to rise so was mine.

If you are a new travel hockey mom or a old one here are some facts that I have learned this season:

First your son or daughter doesn't always get to play. When my son played house he always played every period, he was never made to set out , and he never was yelled at from the bench. When Ian played his first travel game he was out skated, checked, and was made to set out a period. Why this seems harsh, particularly to a mom, the coaches are in charge not you. Often times, the coaches when they set a player on the bench it is either for disciplinary issues, or to motivate your player. In my son's case it was done for motivation purposes. Basically, if you want to play more you need to earn it. As, for disciplinary purposes, a lot of time on the bench or on the ice a player will say or act in a less than sportsmanship manner.

Second your son or daughter will be yelled at. This is often times hard for a parent to hear someone else yell at your kid. However, before you get your dander up, you need to remember that hockey is a very passionate sport. These young men and women who play and coach this game are all very dedicated to this sport. They often play the game as if it were the last 20 seconds of the Stanley Cup Championship game and they have a breakaway with an open net and this shot will win the cup for their team. The players all want to win, they all want to make sure they make the team next year and the coaches also want that for their players as well. That being said, coaches will yell at your kid particularly if they feel what they are doing is dangerous or that they can do better.

Third your child will have and get their feelings hurt by other team members at the travel level. This was really hard lesson for us to learn this season. At the house level, there isn't this heighten sense of competition. It is all in good fun. At the travel level, you have to prove yourself, show your value to the team, and always bring your A game. Let's face it kids are mean, specifically boys and girls from the age of 12-15. They don't have what I call a tact switch yet. They will say what they think, and don't often use the nicest of words. As a mom there is nothing worse than seeing your kid cry because someone has been mean to them.

Fourth your child will or can get hurt. Hockey is a very rough sport. Your child every time they get on the ice are at risk for injury. That is why they need all the equipment. My son has come off the ice with black eyes, bruises, and aches and pains more times than I can count.

Fifth you are not going to win every game you play. This pill is often very hard to swallow for everyone concerned. Not all kids are going to the NHL, and you don't always win in this world. Like everything in life sometimes you win, sometimes you break even and sometimes you just loose.

As a hockey mom you are just as much as part of the team as the players. You need to keep in mind at all times that you are the support for these young players and you need to be realistic about the nature of the game. Hockey is a rough, fast paced game and things happen. If you feel that your child is being mistreated or being bullied take action. But on the same token, you need to respect the dedication and drive that these players and coaches all have. You need always be honest with your child and keep the lines of communication open. And most importantly, always act as you would want your player to act. Now go put your lipstick on ladies. 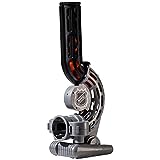 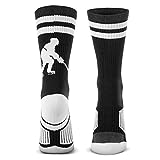