The Mythology Behind Combat Hapkido

With all the martial art styles available, people have their choice when it comes to choosing a style. A lot of choice boils down to the intended use, level of fitness, and a personal interest in the style the person is looking to emulate.

If someone is interested in learning the best techniques for a solid ground and pound, chances are they would find the nearest jujitsu dojo. If a person is enamored with watching someone drop another with a single devastating round-house kick to the thigh, Mu Thai would probably be their best choice of a martial art.

In today’s society, the human race lives in a mixed martial arts world. Now, fighters are learning how to become proficient in a variety of martial artistry fields. This is great because it brings diversity to fighters and provides some great entertainment for spectators around the world.

So what exactly is Combat Hapkido? Most have never even heard of it before. Combat Hapkido is a form of a martial art providing expertise in the area of self-defense. It was developed by grandmaster John Pellegrini in 1989. At the time, Pellegrini was traveling the USA teaching his own version of Hapkido, which he coined “Combat Hapkido” to separate his style from traditional styles of Hapkido. Pellegrini wanted a title that not only distinguished his style from all the others, but also a style that was focused on his mission of self-protection. And so Combat Hapkido was born.

The man that started it all

Not for Prima Donna's

Combat Hapkido was not developed for sport or show; therefore you probably have never seen it in the mixed martial arts community. This probably accounts for the main reason a lot of people have never heard of it before. When Grandmaster Pellegrini developed it, he strictly was interested in forming a self-defense system that was easy to learn and extremely effective in realistic situations. Combat Hapkido uses an extensive variety of strikes, breakaways, kicks, takedowns, punches, pressure points, joint locks, ground survival, and disarming techniques. It is a comprehensive program and school in teaching the learning student ways to handle themselves on their feet or on the ground, regardless if the attacker has a weapon or not. It is just as comprehensive as a mixed martial arts program but geared more toward the reality of real life encounters on the street.

Due to recent demands and requests, Grandmaster Pellegrini decided that there was a growing demand for a mixed martial arts program. Because Combat Hapkido was developed in 1989, mixed martial arts had not really come into its own yet. Because training for self-protection and sport is two totally different beasts, Grandmaster Pellegrini decided there was a need to add another program for MMA enthusiasts and athletes. Grandmaster Pellegrini passed the torch of developing, directing, instructor certification, and the teaching of seminars, for the MMA program, to his self-taught crony Master David Rivas. The Defensive Services International program of MMA is available through Master Rivas for any martial arts black belts over the age of 18. Please note that this is not the Combat Hapkido curriculum that Grandmaster John Pellegrini developed in 1989. The newly developed MMA program is a completely separate program and not a variation of the Combat Hapkido program.

Combat Hapkido is well respected in the law enforcement and military (especially Special Forces) community here in the United States. During phases of Operation Enduring and Iraqi Freedom alike, Grandmaster Pellegrini traveled overseas to teach members of the US and British troops on the fundamentals of Combat Hapkido.

Many of the reasons it is a preferred method in law enforcement is because it gives the operator options. Should an officer be dealing with a violent psychotic patient that is acting on impulse, the officer can simply put the person in a joint lock or use pressure points for compliance. If the officer is dealing with a deadly threat, the officer can use more aggressive strikes, kicks, and take downs to keep themselves and others safe. Combat Hapkido is known for having options dependent upon the threat. It is also known for its ability to give the operator the ability to transition from positions of compliance into lethal strikes should the situation warrant it.

Because the average person does not train martial arts full-time and for a living, Combat Hapkido does not teach kicks above the waist. Most people do not have the flexibility of greats like Anderson Silva and George St Pierre. Not only are these mentioned fighters extremely flexible and skilled in their techniques, they have the luxury of fighting in a cage with ample lighting and a flat surface beneath their feet. When someone is attacked in the street, it could be nightfall while standing on a crooked sidewalk. Lifting their leg above someone’s waist is only going to open themselves up to being off balance. For anyone that knows anything about martial arts, being off balance gives all the advantage to the opponent.

Combat Hapkido does not follow a form or Kata like most modern day martial arts. For those that do not know, a Kata is a learned set of choreographed kicks, strikes, and maneuvers. I like to think of Kata's like dance movements or shadow boxing. The martial arts that do include Kata's start their students learning Kata's from their very first belt. They progress the movements as the student climbs the ranks to higher belts. A lot of dojo time is spent learning Kata's. The entire concept of Kata's do not come into perspective until the martial artist reaches a certain belt or level. Combat Hapkido completely eliminates Kata's and prefers working with hands-on techniques.

Finally, Combat Hapkido uses the very simple principle that if your attacker pushes, you pull. If they pull, you push. Basically, it takes physics and applies it to an attacker’s momentum, giving the Combat Hapkido specialist the upper hand. This principle alone accounts for one of the main reasons Combat Hapkido is highly effective, regardless of the opponent’s size, strength and weight.

When shit hits the fan, will you be ready? 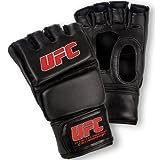