Counting Down the Downfall of Baseball

I am a baseball fan first and foremost. I am a teacher of the game at many different levels. But somewhere between being a kid that loves the game and being an adult who gets paid to play the game a transformation happens. The purity of the sport is not represented at the Major League level. Here are my top reasons why...

#10-The players are overpaid. With no salary cap Major League Baseball has let a whiny bunch of babies be the face of the organization. Granted there are some hard nosed athletes which could be considered baseball purist still around, but the Mark Graces of the World are few and far between.

#9 Too Many Tampered Seasons

This blemish dates all the way back to the Sox throwing the World Series. Contemporary craziness is Pete Rose betting on baseball, strikes, and now the "roid rage." There are just too many factors to list! It just well...sucks! The game has been tarnished in so many ways. Now we have records that are going to have undeniable question marks beside them. Too much controversey for the fair weather fan, they are probably Nascar fans now. At least Jeff Gordon's helmet size didn't grow two sizes in a single season.

This is a problem. I know the revenue sharing scam that MLB has put into place to hush up the small teams enough for them to keep a star of two, but this is out of control what these players make. The Yankees payroll is out of control! Lucky for us the remaining fans that talent and money doesn't always win championships. Baseball has a unique dynamic that is referred to as chemistry, and it isn't for sale!

#7 No Parity in the League

Parity is defined as:equality, as in amount, status, or character. You can find it the dictionary, but don't look for it MLB clubhouses. League expansion is a cluster of uncanny proportions. The already thin pitching talent being spread across the league to play in empty stadiums. And the small teams get hit the hardest..these teams survive by calling up the next great hope from AA or AAA to fill a gap. They give the poor kid a cap and a prayer and send him out there to compete. Too many prospects are being forced up too early. This of course helps prepare them for free agency. These types of players survive their MLB bootcamp with Kansas City or the Reds and then after those teams can no longer afford them they have them well groomed for the "big money franchises." The rich get richer, the poor keep calling up rookies!

Now that Nolan and the Goose have hung up their cleats who is left to make these lumber lugging neanderthals look retarded at the plate. Where did these types of pitchers go? The intimidators, not on roids --I might add --where are they in the league. The problems are many for this little pickle the MLB has put itself in. Hitters have developed, even without the use of human growth hormones, the art of hitting a round ball with a round stick squarely has become a science. Pitching is relatively the same. There isn't a whole lot more coaches can do to teach players to throw 100 mph. Pitching is usually something you have that is innate and polished, hitting can be developed and is so more effectively in all the ametuer ranks of baseball. So how does pitching get back to where it was..Let's start a couple more expansion teams..that will fix it.

The T.V. ratings are falling because people would rather watch people drive around in a circle at high rates of speed then listen to another has-been drooling all over the microphone about baseball. I love the game. I like the commentary, but it isn't exciting television. This is the shoot'em up Nintendo generation here that we are trying to interest in our beloved sport. Spice it up a little bit, if Golf can up their ratings due to Tiger and a few dicy commentators..what is MLB or the broadcast networks doing to change it up?

#4 Free Agency and the Death of the Franchise Player

Free agency is a curse! This has destroyed the franchise player. The small market teams will never hold onto a franchise player, and this hurts the fanbase. Even the struggling Reds lost Ken Griffey Jr., no he is not a franchise player for Cincinnati. He put up Hall of Fame numbers while in Seattle. But without a doubt he wanted to be a Red, even though they were horrible. To me that is a player that should get to stay wherever he wants, and the MLB market should be to a point that some salary could be eatin' by the Reds to ensure the Hall of Famer goes out exactly as he wanted to go. But no the franchise players are as dead as the suicide squeeze in the MLB. The free agent market paired with large market clubs will snuff out any such chances of restoring that to baseball.

Don't get me started on this figure. He is the anti-christ of the purist movement. Ole' George will do whatever it takes to win because he loses so grasiously. The head of the Yankee player monopoly will pout until he wins another World Series. He has publicity stunts that take the focus off the game, and puts on a show for our young adoring fans about the urgency to win, and gives them a seminar on the art of whining about losing. This is what happens without a salary cap. The only thing that makes it bearable for a fan is they are in third place, and they haven't had a World Series monopoly.

The designated hitter was devised in 1979 by the American League to up attendance and run production...blah..blah..blah. It's a joke that MLB pulled in order to do away with having pitchers go to the plate and flail out the ball in crucial parts of the game. They also forgot that it took away some fundamental aspects of managing. The double switch, the bunt, and the art of the pitcher moving a runner over. Or heaven forbid, my favorite argument, a picher that might be able to hit (Babe Ruth ring a bell). For a purist of the game the DH opened a window for a single tool baseball player to make it to the bigs. It let's good hitter loose empasis on defense, and it takes away from the original nature of the game. Your best 9 against my best 9, everybody hits! 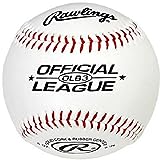 #1 Loss of the Inner City Development

Just when you thought I had nothing intelligent to say: The main reason that Major League Baseball is below average is because the inner cities do not produce baseball players like they have in the past. There are fewer African-American playing the game of baseball today then in the 70's. MLB has been slow to move on this, but some initiatives are starting to funnel money back into developing solid inner city youth baseball programs.

It all goes to say, baseball has lost the interest of the African-American community. Maybe its boring, maybe there are no role models, maybe they have no place to play? For whatever reason there has been a lost link, and it shows. Baseball hasn't been able to appeal to elite African-American atheletes. Maybe the other 9 reasons the MLB sucks has something to do with it!