Uruguay is the first ever nation to have won the World Cup, in a final against Argentina, with a score of 4-2. The history of the tournament started in 1930, Uruguay being also to first country to host it.

They are the smallest nation to have ever won the World Cup, with a current population of 3.3 mil. which only amplifies their pride. Uruguay also has one the largest percentage of people that are members of any form of football club.

The player with the most caps is Diego Forlan(110) while the top scorer is Luis Suarez(38). 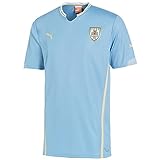 Argentina played in four World Cup Final, including the one of the first ever tournament, against neighbors Uruguay. Between them they have the record for the most official games played between to national teams, reaching a staggering 198 disputes.

The most instantly recognizable player to have ever worn the Argentinian kit is Diego Maradona, being considered by many the best football player ever. Maradona holds the title for the most beautiful goal ever scored at the World Cup and also for the most controversial, with his infamous "Hand of God".

The record for most caps is held by Javier Zanetti(145) while the top scorer is Gabriel Batistuta(56). 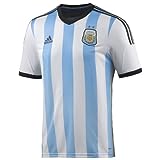 Squadra azzurra is as prolific as the German national team at the World Cup, with four titles, the first two being at the second and third ever tournaments. They are the second nation to host the Word Cup tournament.

The 1938 title is the only major tournament final to be won after a rematch, as penalty shootouts were not yet introduced. 1970 generation took part in what is referred to as "The Game of the Century", winning against West Germany with a score of 4-3.

Gianluigi Buffon holds the record for most caps (140), while the top scorer is Luigi Riva(35).

The current records held by the German National team are an assimilation of those held by FRD and GDR, since the nation was split in two for several decades. Germany holds the record for most semi-final appearances, finishing in the top 4 on 12 occasions.

The German national team is best known for its dedication and consistency during matches, fighting until the very last minute. They are one of the most prolific football teams in history, having also won the European Championship three times and also an Olympic Gold medal.

Germany is the only nation to have won the title in both men's and women's World Cup.

Most caps are held by Lothar Matthäus(150), while the top scorer is Miroslav Klose(69). 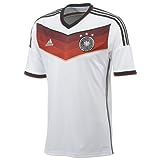 The hosts of the 2014 FIFA World Cup are also the nation with the most trophies, having won five finals. Brazil is also the only team to play in all editions, without any absence.

Brazil is the only team to have won the World Cup on four different continents, also having the record of 35 consecutive undefeated official matches, record shared with Spain.

The 1970 Brazil representative is considered by many the greatest association football team ever. Pele, the greatest football player of all time, played in the squad, being his last World Cup appearance.

Most caps record is held by Cafu(142), while Pele holds the record for top scorer, with 77 goals.

Which of the teams do you like the most?