These guys were brought in to help the team win, but couldn't accomplish anything on the field. Today I rank the top five worst draft picks by the Los Angeles Chargers.

"Buster" was brought in to bring youth to the wide receiver corps, but injuries and other factors kept him from success.

At LSU, Craig Davis was the Tigers leading receiver in three of his four years in school. Together, he and teammate Dwayne Bowe formed one of the best receiving duos in college football.

Davis was selected 30th overall in 2007. He finished his rookie season playing in 14 games, with one start, making 20 receptions for 188 yards and a touchdown. That would be the high point of his career. The following year started a series of injuries and allowed other receivers like Vincent Jackson to become stars in San Diego. Davis was released after the 2010 season.

He failed miserably as cover man in the San Diego secondary.

As a freshman at Marshall, Rogers Beckett helped the Thundering Herd to a Division I-AA National Championship.

Beckett was selected in the second round in 2000. His stay in San Diego was brief and was only able to tally two interceptions in his career. After his third year in San Diego, Beckett was released and spent two final years in Cincinnati.

He couldn't be the playmaker San Diego needed at the cornerback spot.

At Texas A&M, Sammy Davis was a shutdown corner opposing quarterbacks didn't want to throw at.

Davis was selected 30th overall in 2003. It became clear pretty quickly that the pro game was too fast for him. After starting every game as a rookie, he only started in 10 the rest of his career. He managed just three interceptions in his three years with the team. His biggest accomplishment in the NFL was developing a sideline drinking water system. Yeah.

"The Sheriff" had some nice moments, but not enough to garner lo g term commitment from San Diego.

As a senior at Texas, Stanley Richard was an All-American safety.

Richard was selected ninth overall in 1991. While he did have some nice numbers intercepting 10 passes in four years with the team, he gave up just as many touchdowns each year. Case in point, Super Bowl XXIX. Richard and the secondary got burned by Steve Young six times. He spent four final years in Washington before retiring. While he managed 21 career interceptions, he will always be labeled as a disappointment for the touchdowns he gave up.

At Washington State, Ryan Leaf started in 24 games. In his junior year, he averaged 330.6 yards passing per game and threw for a then Pac-10 conference record 33 touchdowns. Leaf also led the Cougars to a win over the Washington for the first time at Washington since 1985, and helped bring the Cougars their first Pac-10 championship in school history. He was named Pac-10 Offensive Player of the Year and decided to forego his senior season and enter the NFL draft.

Leaf was the second overall pick in 1998 by San Diego. San Diego's high hopes for Leaf were soon dashed, as his rookie season was marred by poor behavior. Leaf did well in the preseason and led the Chargers to victory in the first two regular season games, but the next week in Kansas City, he was one of 15 for four yards with five turnovers. He related poorly to both the media and his teammates, whom he tended to blame for his poor play. In a locker room incident during Leaf's rookie year, he was caught on camera screaming "Knock it off!" at a reporter and was physically restrained by Seau. After being injured the entire 1999 season, he came back in 2000 and the Chargers went 1-15. In three years with the team, he won just four games. He finished his career throwing 14 touchdowns to 36 interceptions. 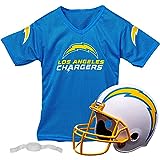 Which Charger was the worst draft pick?