The longest-standing racetrack in America, Saratoga Racetrack, allows fans to express their love and devotion to their favorite horse. They watch thoroughbreds as they walk through the swarm of admirers on their way to starting gates.

The racetrack holds the Travers Stakes, the longest-running thoroughbred race in America. Saratoga is the testing ground for the world's magnificent thoroughbreds. The track is open for six weeks, starting in July through Labor Day.

The racetrack began August 3, 1863, when the ex-boxing champion, casino owner, gambler, and soon-to-be congressman John Morrissey arranged Saratoga's first thoroughbred race one month after the last day of the Battle of Gettysburg.

With the success of the racing track, Morrissey purchased 125 acres of land near the first racetrack and built a grandstand and track. The Saratoga Race Course legacy began. 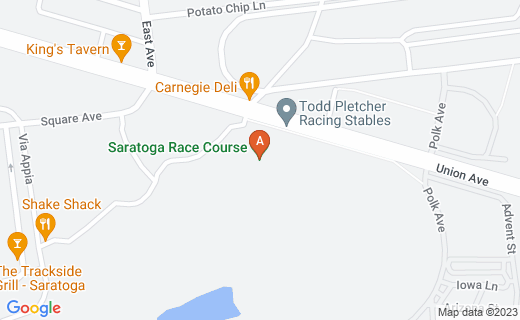 Every first Saturday in May, Churchill Downs hosts the Kentucky Derby as the launching leg of the Triple Crown.

Churchill Downs has established itself through many horseracing records with great traditions that have started at this racetrack. The track is open from April to July and in November.

Kentucky horse racing dates back to 1789, when the first racing course developed in Lexington. The first official track, however, opened nearly 100 years.

In 1875, Churchill Downs opened and established its legendary "Home of the Kentucky Derby" by Colonel Meriwether Lewis Clark. Clark intended to showcase the Kentucky breeding enterprise.

As the final leg of the Triple Crown, Belmont Park is home to the Belmont Stakes. This Long Island racetrack opened in 1905.

Nicknamed “The Champion Track,” acknowledging every major champion thoroughbred has raced on this track. The track’s racing season starts in May and ends in late July. Then, it opens up again in late September until the end of October.

Belmont Park is the oldest race of the Triple Crown runs and the fourth oldest horse race in North America. 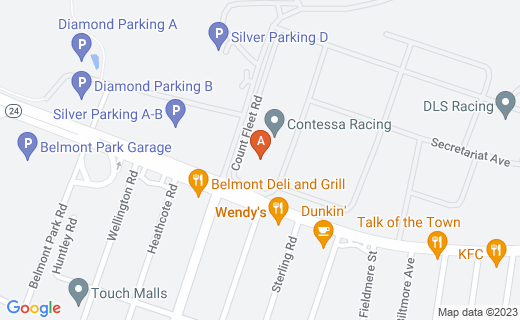 The famed racehorse known as Seabiscuit burst out at Santa Anita Park and became memorialized with a life-size statue in the track’s walking ring. With the backdrop of the San Gabriel Mountains, Santa Anita Park is heralded as the most beautiful racetrack.

The Santa Anita Derby and the Santa Anita Handicap are the top featured races. The track invented starting gates and photo finishes. As the first racetrack in California, Santa Anita is open in January and closes in April.

Established in 1938, Hollywood is the backdrop for Hollywood Park. The initial shareholders include Chairman Jack Warner, movie stars, and directors like Bing Crosby and Walt Disney.

Hollywood Park hosted many renowned thoroughbreds, including Seabiscuit, the inaugural Hollywood Gold Cup winner in 1938. The track is the cause of various modifications in horse racing, including Sunday racing, exacta wagering, Player's Pick 5, and the Pick Six.

Saratoga of the West

Located 20 miles from San Diego, the Del Mar racetrack is called "Saratoga of the West." Out of all the races held at the track, Grade 1 Pacific Classic Stakes is the most popular.

The famous race between Seabiscuit and Ligaroti happened at Del Mar in 1938, with Seabiscuit victorious.

It all began in 1937 when Bing Crosby, a horse racing champion, became instrumental in constructing the Del Mar Racetrack. As President of the board, Crosby sat alongside other notable board members, including Pat O'Brien as Vice President, with Gary Cooper, Oliver Hardy, Leo McCary, Joe E. Brown supporting the track as the executive boards.

The racetrack opened on July 3, 1937, and Crosby greeted horseracing fans as they entered the Del Mar gates. Seabiscuit winning the race against Ligaroti put the track on the map. The famous thoroughbred set a new record for the distance at the track.

Documentary About the Race Track

The grand racetrack is near the bustling San Francisco Bay. Bay Meadows is redolent with tradition and the love of horseracing.

The tracks all-enclosed starting gates along with the first photo-finish camera initiated here. Known as the longest continually racing thoroughbred racetrack in California, Bay Meadows opened its gates in 1934.

Horseracing is a part of American, as is baseball and apple pie, and everyone should experience at least one horse race in their lifetime at any of these top racetracks.

Choose a track near your home, and spend an afternoon at the races betting. The excitement is yours to behold.