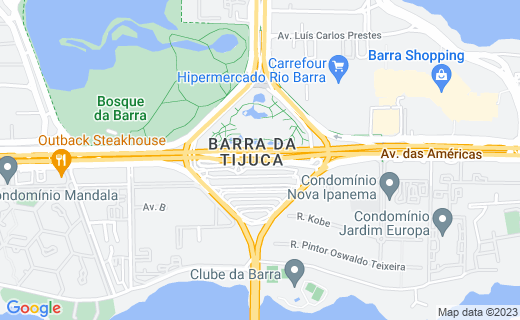 By Patty Inglish, Patron of the Diaspora Global Actions for Sports and Culture (DGASC) in Africa and USA Representative to the Supreme Council for Sports in Africa Zone-3. All Rights Reserved.

At this writing, I have been a Grandmaster for many years and a student of five martial arts for 30+ years. The 1988 Seoul Summer Olympics included Taekwondo as a demonstration sport, to the consternation of USA Karate, which had had an Olympic team ready for decades and were passed up for the media splashed Taekwondo. In 2012, a lingering sense of injustice still exists. Regardless, USA Taekwondo helped to make history during the summer of 1988.

In addition, Judo became part of the Summer Paralympic Games in 1988 as well. Taekwondo is not yet in the Paralympics, but I hope that it will be included in the future. Many martial arts styles can be performed from a wheelchair or while seated on the floor, including the sparring elements.

I was studying, writing, and practicing at the time for the 4th dan grading examination (4th out of 10 levels of black belt in my style). The test, except for written portions, would be administered outdoors in winter during the last weekends of January and February 1989. For the Seoul Summer Olympics, I watched with every eye alert, physical eyes and mental eyes all looking for the determination, calm, and stamina required to succeed throughout the levels of black belt.

The Opening Ceremony was grand, with hundreds of boards broken in succession to sound like a xylophone - I can hear them now as I write ( see video below). In 1988, sparring only was done as an event, sparring also the only part of the sport included in 2012. I was disappointed to see the native teams of Korea fight with hands down at their sides, but relieved that head, chest, and foot gear was worn. A broken arm was vivid during one match. This was not the sport I learned, but it was in the Olympics and part of the larger art.

Taekwondo has developed further and strengthened even in its own country after its first appearance in the Summer Olympics of 1988. See the evidence of that in the video below of 2012 skills.

A Baby Boomer born in Baton Rouge, Louisiana; Dana Hee was featured all over the martial arts magazines of the 1980s and the 1990s. We also saw her in ads for martial arts supplies, and little girls wanted to be like her. Little did they know her backstory (see insert to right). She was a hero in more than one way.

In 1988, Ms. Hee won Gold in the Women's Lightweight Division of TKD. Half of the women's weight classes were won by Americans.

Other American women that won Gold:

Only one American man won Gold:

Herbert Perez won Gold in the Middleweight division in the 1992 demonstration sport of Taekwondo. The sport would disappear from the Summer Olympics until it became an Official Medal Sport in 2000.

In 1992, Herbert was not the only American man to win:

Herbert Perez became a long-time coach and began an Olympic Training Program in Afghanistan. He is an attorney and holds several other advanced degrees as well as working in Foster City, California city government. He is the owner of two martial arts schools..

Dana Hee had become a sports commentator, stunt woman, and model as well as a motivational speaker and did not participate in the 1992 demonstration sport. She acted in Mortal Kombat and doubled for Star Trek's® Seven of Nine (Jeri Ryan), as well as hundreds of other performances.

Weight classes were reduced from 8 down to 4 for both men's and women's divisions: Flyweight, Lightweight, Middleweight, and Heavyweight.

Thus, America won a single Gold medal in this sport, while South Korea won the most of any nation: 3 Gold and 1 Silver.

Nia lost a Sudden Death bout in Olympic qualifiers against Diana Lopez in 2008, losing a place on Team USA for the 2008 Summer Games. She and her attorney felt that the fight was rigged, because many qualifying strikes were disregarded by judges in the bout leading up to Sudden Death and in that final contest. See Nia Abdallah Interview at yourblackpolitics.blogspot.com/2008/07/silver-medalist-olympian-nia-abdallah.html

Family Power: The True Story of How "The First Family of Taekwondo" Made Olympic History
Buy Now

American performance improved during these Games to win the number two slot in number of medals won: 1 Silver and 2 Bronze, all won by the Lopez family. Korea won 4 Gold medals.

The Lopez family won all of the Taekwondo medals won by USA Taekwondo.

The famous Lopez family that sent 3 members to the 2012 Summer Games to compete in Taekwondo includes 4 black belts that all teach in the family operated martial arts school in Sugarland, Texas. Texas is a top training state for Taekwondo in America and several of my Nigerian colleagues have sent students to train in Texas dojangs with good results.

Why are the Lopezes so successful in the Olympics and Taekwondo?

First, they are committed to working together for one another and their teammates as family and team. Jean's father Julio enrolled him in the sport at age 8 and the entire family fell in line. While brother Mark did not make it through the Olympic Trials to qualify for Team USA 2012, he still worked with his siblings in preparation for the Summer Games.

Second, they believe in the American Dream. They moved to Texas from Nicaragua. They travel regularly to South American nations such as Brazil to conduct training workshops and to encourage the youth of those countries to develop goals and to succeed.

Steven may or may not compete in the 2016 Summer Olympic Games, but when he does retire, he will attend medical school. Since the 2016 games are in Rio De Janeiro, Brazil I do not see how Steven can pass up the opportunity to compete in South America as an example to the youth of that nation.

But can they beat my colleagues from Nigeria this year? Nigeria Taekwondo Federation (NTF75) President, Bath Nnaji and the Northern Taekwondo Union Coordinator Steven Terlumun Adah stated that Nigeria is in position for Gold Medals in men;s divisions in 2012. The Nigerians gained a new coach this year, from Korea and salary paid by the South Korean government: see TEAM NIGERIA TAEKWONDO. Korea won 4 Gold Medals in Taekwondo in the last Summer Games.