Volleyball Playlist: Warm-Up Songs To Pump Up Your Team

Songs To Pump Up Your Team!

For all of the time I have been involved with sports, warm up music is essential to getting your team pumped up! Whether you play it at your house in the morning before you leave for a Saturday tournament, on the way in the car, while waiting in the locker room on your iPod, or blaring on the sound system at your school, it is important to capture the essence of you team's spirit in the songs you choose to represent what you are about.

You can usually tell what a team is about just by looking at them. How they walk, how they talk, what they're wearing, the crowd surrounding them... it all adds into the perception of what your team's philosophy is. You may be a team that puts a focus on having fun in your games, a team that is cocky because they win all of the time, or a team that is lost trying to find an identity. Whatever the case is for your team, you want your music to lift your team to play at it's peak.

What kind of team are you on?

"Another One Bites the Dust" - Queen

"4 Minutes to Save the World" Madonna ft. Justin Timberlake Timbaland

"Good and You Know It" Team

"Show Me the Money" - Petey Pablo

"Eye of the Tiger" - Survivor

"Pour Some Sugar on Me" - Def Leppard

"Requiem for a Dream" - Clint Mansell - About 2:08 into the 6:35 is usually where people start it, and end around 3:50 ish. It is a great pump up song. However, it has no lyrics and might not fit in with the line up of other songs. It's a great highlight video song or as a last song on your iPod on mix, simply for transitional reasons.

Generally, a warm up CD only needs to be about 30 minutes long at the most, so putting about 12 songs wouldn't be a bad idea. Make sure you have a beginning song that instantly pumps you up, that sets a good tone for the rest of the playlist as you will be more "in the zone."

If you split court (or field) time, have worse music playing when the other teams gets on. Not anything like clown music, but songs that aren't really high tempo with motivating words. You don't want to waste your best song on the other team! If there is any kind of crowd participation that can be incorporated, use it. The crowd will have fun, people will come early to be involved, and that all in turn will pump up your team! If you come up with something to have the crowd do, tell a fun outgoing person that everyone likes, and put them in charge of arranging it. The crowd will do anything that a well chosen person tells them to!

Good luck on building your playlist! Add more songs that you like to listen to to get pumped up! 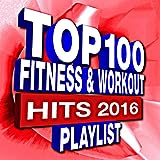