What Is the Perfect Live Fish Bait for Squeamish, Fishing Women?

Fish Bait Is Not A Girl's Idea Of Appealing

As a youngster, I loved to go fishing but I hated putting the bait on a hook. I was not too knowledgeable about the sport and my main bait consisted of night-crawlers. These big fat worms are one of the best baits to fish with but they are worms and worms are yucky. They are wet and slimy and when you try to put them on a hook some very nasty stuff comes out from their insides. It is almost enough to make anyone give up before they even get their line in the water.

Now if I was lucky I could get someone else to bait my hook. That solved the problem but, I soon realized that other people did not care to do my dirty work. That lesson and the discovery of fishing solo put me in a very uncomfortable position when I wanted to wet a line. I tried using gloves but the oozing goo made it hard to concentrate on hooking the the wiggling worm. The glove would get hooked and the worm all smashed up creating more frustration than fun.

I soon realized that I could catch pan-fish with small jigs but there were problems with that. Sometimes I could catch a few fish but live bait was usually more productive. The cost of artificial lures was beyond a reasonable request from my parents. A box of worms was all I could hope for. I was going to have to live with the worms!

I remember that I would try holding the worms on the ground with a small stick and then run the hook through the worm. I did everything I could to avoid getting that slim on my fingers. The stick technique actually worked half of the time but the other half made a real mess of the worm and was really quite frustrating. I was also just a wee bit embarrassed that I loved to fish so much but did not have the stomach for the main ingredient, that being, my bait.

The Proof Is In The Cooler

Places I Fished As A Teen 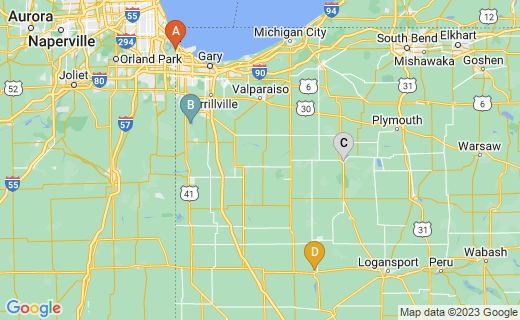 This is where I learned to fish. The fishing use to be very good before the channel from Lake Michigan was closed off.

This is a smaller lake but the fish love Bee Moths there and this is where I first gave the little buggers a try.

This is another of the many pan fish lakes in Indiana.

A much used fishing lake popular with large catfish.

An Introduction To The Perfect Live Fish Bait For Women

One hot summer day, I was doing my usual struggle with the worm and the stick where my family had gathered for a day on the lake. I had a few Blue Gill on my stringer and was struggling with the worm and the stick routine I had grown accustom to. As it were, my Aunt Louise had come to the lake with an elderly friend and they strolled to my fishing spot on the bank. Aunt Louise seldom visited us on the lake but such a beautiful day had gotten her out for some fresh air.

She wanted to see the fish I had caught and so I pulled the stringer from the water to proudly show off my catch. Her friend asked me what I did with the fish that I caught. I told her I gave them to anyone who would take them because I did not like cleaning fish. The truth was I did not know how to clean the fish. My Aunt laughed and told me she didn't think I knew how to clean them and I reluctantly admitted she was correct. That is when the elderly lady told me she would take all the fish I caught. She also told me she would show me how to clean them sometime. That made me want to catch more fish.

The Pain Of Learning New Ways To Do Something

Taking a break from the hot summer sun, I went up to our picnic site in the shade. The older folks were there having a few beers and upon my approach they began asking about my fish. Did I have enough for dinner yet, and when was I going to take those fish cleaning lessons? It was great fun for those old ladies to give me a good ribbing. I took it in stride as I settled in the shade to cool off.

Aunt Louise had been watching me fish and had taken note of my worm and stick routine. As I settled down on the grass at her feet, she started probing me about what kind of voodoo I was doing to my fishing worms. I reluctantly told her I could not stand to touch the worms, let alone put them on a hook. That caused a great roar of laughter amongst the old crows,as they swilled cold beer in the shade. I was rapidly becoming their entertainment and not feeling too happy about the situation. They gave me a hard time until I was almost angry with them and then they let up. Aunt Louise suggested to me that she could probably teach me a thing or two about fishing. Being young and quite naïve I carefully retorted to her that she could not possibly know anything about the subject.

Boy was I being stupid. I did not think past the humiliation I had just endured from my dear aunt and her friend. All I could see was two old ladies, sucking beers, in their dresses, perched on their lawn chairs in the shade. What I was thinking was not about to be spoken as respect for your elders was top on the list of things that were expected from me by my parents. Beside the fact that Aunt Louise was changing her tone and must have realized she had gotten my goat.

Aunt Louise said there was a better bait I could use to catch those fish and it was nowhere near as messy as night-crawlers. Boy did I set up and pay attention. I had to ask her how she could possibly know anything about fishing. She told me I had forgotten that she had raised two sons. Yes, I had forgotten and now she had my undivided attention.

The Secret She Shared To End My Fishing Worm Nightmares

She told me she wanted to share a little secret with me as she leaned over to whisper in my ear..." Bee Moths... I can't stand to hook night-crawlers either". My first thought was that she was pulling my leg a little harder. Who the hell ever heard of Bee Moths?, but I only gave her a questioning look as I asked, "what is a Bee Moth?" I had never heard of it and the two words did not go together in my minds eye.I was not going to get sucked in to another bout of humiliation.

Aunt Louise explained to me what she knew about buying and using the Bee Moths as bait for Sunfish. I listened with great interest as she described the perfect solution to my uncomfortable feeling for night-crawlers. My next trip to the bait store was sure to include an inquiry about Bee Moths. It was one of the most rewarding humiliations I have endured in my lifetime experiences of fishing. I urge you to click on the highlighted name, Bee Moths for very detailed information about the greatest live fish bait available to all squeamish women and anyone else who has great disgust for oozy, yucky fish bait.

You won't have to deal with a bunch of disgusting slime. They come in a compact container. They keep for several weeks with out a need for refrigeration, just store in a cool place. Best of all, they catch fish! Give Bee Moths a try to you will be delighted! Good Luck and enjoy your next fish fry, HAPPY FISHING to you.