Why Golf Should Be Archery

A Youth Maligned by Golf Torture

Few sports have caused me physical injury, but unfortunately, golf is one of them.

"How can this be?" you might ask. Was I hit in the head with a flying golf ball or golf club, or run over by a rogue golf cart?

No, friends, it was worse than that.

After years as a child and teen, trying to watch and understand golf on television at home and irriated by the whispering of the announcers, I thought that I could never learn to play the game. Then, during my first year in college, an old golfing friend asked me to come with him while he played on the university golf course and he would teach me how to play. "Finally!" I thought, "I will be able to understand golf and learn how to play it and appreciate it when I watch it."

He was not a very good teacher.

After this individiual's "lesson", I had been injured and decided that actual golf lessons must be more on the order of Astronaut Training.

Yes, I was as frustrated as trying to play amongst Kanagroos at Anglesea Golf Course on the Great Ocean Road. AngryAussie at YouTube and Wordpress pegged the feeling just right for me (see the video above).

You see, I had never held a golf club before, only a croquet mallet - when I was 8 years old. Further, there had been no sports for girls in the K-12 of my upbringing, so I had no clue. My Marching Band experience was certainly no preparation for playing golf, except in the endurance it had given me for walking. That was very useful, but I had never even played miniature golf and had not been able to see the grip that golfers were using on television. However, I thought that my "friend" knew what he was doing, because he had played golf for several years.

Now in the 21st Century of Elightenment, I see that perhaps I should have been taken to a driving range first - or even a miniature golf course. However, that was not done in these Golfing Dark Ages.

My old acquaintance - I'll call him "Mel" - drove me to the university golf course where he played regularly and took me to the first tee. He was wearing golfing gloves, but said that I did not need such gloves as a beginner. Then he taught me a "baseball grip" on the club, stating that he liked baseball better anyway. I began to wonder about his teaching skills.

After completing the first hole (4 strokes for me on a Par 3- not too bad for a beginner), we approached the second tee and teed off. A group of 3 middle-aged male golfers teed off next for Hole 2. My second swing for that fairway missed the ball and all three of these older men approaching us began yelling and cursing loudly about beginners on the course. Mel told them to play through, and they did so, but with more yelling. I was taken aback by the bad manners, because I'd never heard this on TV.

It was slow going and we played 18 holes that I will never forget.

After completing the first hole (4 strokes for me on a Par 3 - not too bad for a beginner), we approached the second tee and teed off.

A group of 3 middle-aged male golfers teed off next for Hole 2. My second swing for that fairway missed the ball and all three of these older men approaching us began yelling and cursing loudly about beginners on the course.

Mel told them to play through, and they did so, but with more yelling. I was taken aback by the bad manners, because I'd never heard this on TV.

It was slow going and we played 18 holes that I will never forget.

Aftermath of a Bad Golf Day

By Hole 4, my hands had something like rug burn over the palms. By Hole 18, my hands were somewhat blistered as well and I was very tired, but felt good about completing the round. Actually, I was also glad it was over.

Although the round took a long time, because my club grip was not working well, I couldn't figure out another grip, and my hands hurt; no other golfers yelled or cursed at me, so that was a plus. Mel kept saying that the baseball grip was the only one that was any good. Hmmm...

That evening, I used appropiate measures to cleanse and soothe my hands. However, the next morning, my hands were significantly swollen. I could not write well for several days and this was before computers, so I had difficulty taking notes in classes.

Soon, I talked with some long-time golfers and learned just how incorrectly Mel had instructed me. Therefore, I never went golfing with him again. I did learn to play miniature golf and to understand something about the game of golf so that I was able to finally enjoy watching it on television and occasionally at the yearly Memorial Tournament at Muirfield Village in Dublin, Ohio. I've also come to respect many fine golfers.

As Frustating as Kangaroos on Fairways - Vid of AngryAussie

I Can Understand Archery Golf

Having shot a few arrows in the back yard as a teen, I took two archery courses in college and enjoyed this sport very much. Thus began my sporting "career." In Asian studies courses, I learned that archery, especially longbow archery, is used in the martial arts, and this has served me well. I have also learned that the golf club and the golf ball can be used as weapons, although I've never had occasions to use them in this manner.

An interesting revelation, however, is the sport of Archery Golf.

Not an uncommon sport, Archery Golf, is played on the regular golf course. Each golfing shot comprises the firing of a single arrow down the fairway in the direction of the golf Hole. The first arrow is fired from the tee and the remainder from where the previous arrow landed. At the end of a Hole, the arrow is fired into a four-foot circle on the green at ground level beside the Hole.

If you're careful and have the course to yourselves, archers and golfers can play against one another.

Where to Play Archery Golf

Many of today's archers rank Howard Hill as the greatest archer that ever lived. Among other honors in many countries, he was inducted to the ABC Bow Hunter's Hall of Fame in 1975, in the year of his death. He was nicknamed The Babe Ruth of Archery.

ARCHERY GOLF SYSTEM® in Italy is an enjoyable recreational activity designed for tourists and sporting enthusiast. This original system was invented and developed by Mr. Eugenio Ciocca, a certified instructor of the Italian Archery Federation. See the link for more information.

Archery Golf is also played in Cuba, Australia, England, Israel, and to a lesser extent, in the USA. It is beginning to increase in popularity and spread to other countries. In America, check with your local archery clubs or golf courses. 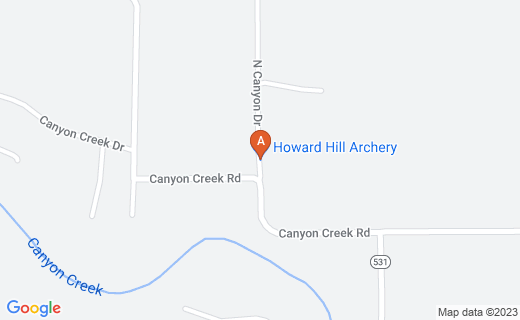 Archery Golf - Vid in Spanish only

From among the golfers I admire, Payne Stewart is a standout. His too-short life is commemorated with the Payne Stewart Award, described in the video below. The award is presented to golfers that display personal and professional character as well as a passion for golf, matched by their enthusiasm for life.

What Golfing Game Would You Prefer?