Wicksteed Park Kettering - A Bargain Day out With the Kids

Wicksteed Park A Bargain Day Out For All The Family

We lived in the area a year before we went to Wicksteed park and our only mistake was not knowing about it sooner.

Our children loved it, and to be honest so did we. Let me start by telling you a little bit about the history of this beautiful park as I found the history to be as lovely as the park.

The Park's beginnings can be traced back to 1913, when Charles Wicksteed purchased a tract of Northamptonshire meadowland near Kettering.

Charles had the intention of developing a model village. He wanted to create an open space and safe parkland for local families. Many of these families lived in homes with no gardens, which forced their children to play in the street.

Charles Wicksteed also owned an engineering company, and started to supply park seats and playground equipment to public parks far and wide. This company still provides this equipment today, and can be found in many parks across Europe.

The Park's fame spread far and wide, and special trains and "Charabancs" brought excited crowds from near and far. Wicksteed Park was one of the first Leisure Parks in the UK, and has been copied many times since.

Upon the death of the Founder, the Board of Trustees were determined to continue Charles Wicksteed's good work. Wicksteed was the first Leisure Park in the UK with children's play equipment. It is a combination of a Country Park with a Leisure Park, and It is free at the point of access and one of the few parks owned by a Charitable Trust.

Development of the park continued throughout the 20th Century, offering new rides and attractions that would attract the core audience of families. The development was carried out, bringing together the modern with the traditional.

Rides included, the Water Chute which was originally designed and built by Charles Wicksteed. The water Chute will be 80 next year, and to my knowledge the only one still in operation.

Other developments included, one of the largest free playground area in the UK with some of the most modern playground equipment. Maintenance and development of the landscaped gardens. Wicksteed Parks famous narrow gauge railway, which carries in excess of 200,000 passengers a year. and will be celebrating its 75th anniversary in 2006.

However by the late 1990’s, it was realised that the park was still not capitalising on all of its resources, and needed to find new and inventive ways to encourage longer stays in the park, and increase secondary spend.

The transformation began with the Edwardian Pavilion, which had originally been used as a tea pavilion, or for large functions with wooden bench seating. The lucrative wedding markets became apparent, and it was identified that the park could offer a unique and memorable wedding experience.

The venue especially appealed to large Asian weddings, as they had the capacity to hold up to 1,000 guests. Wicksteed continues to be one of the most popular venues in the east midlands and east of england.

The park has a lovely caravan park on site, along with beautiful log cabins, and camping areas. The wicksteed Pavilion also holds many shows and concerts suitable to young and old,

Founder of the Park Charles Wicksteed was well known in the kettering community. In 1907 aged 60, George invested heavily in the wicksteed speed change gear, which was a form of automatic transmission (a forerunner to the gearboxs now used in Grand Prix Cars).

It was described at that time by the daily mail as “the very thing for lady drivers”. Unfortunately, car manufacturers did not want to modify their cars, and Charles was ahead of his time.

Few were made and he became close to financial ruin. At this time another of his inventions was exhibited at Olympia, it was a hydraulic hacksaw, and It could cut steel in five minutes instead of one hour.

It was an instant success, and the works was modified for its mass production. Success followed. one even recently sold on eBay that was still working in Thailand, and sold for 600 pound.

At the beginning of ‘The Great War’ in 1914, Charles purchased the first land that is now Wicksteed Park. His factory started to make shells for the army. Sadly around the same time his beloved wife Mary passed away.

After the war Charles still successful, and by now more financially secure. He decided that it was time to give something back to the town that he loved so much. His initial vision was a Village Estate for the poor, with parkland and lakes to promote healthy living.

However his plan was soon modified, when the government introduced Council Housing. Charles pressed on with the development of his park and reinvented himself yet again by becoming a manufacturer of play equipment initially for the park.

Another legacy, this equipment especially swings can still be seen all over the world and is still made to this day. Most people in this country have sat on a Wicksteed at some time in their lives.

In 1916 The Wicksteed Village Trust was formed, to carry out his work after his death, and to keep his dream alive. The development of the park continued, with many ambitious works that would never pay for themselves.

Charles would often walk around the park with his beloved dog Jerry, inspecting the latest developments. He would also be seen driving around in his open topped Humber, which is remembered in “Mr Wicksteeds Cars” at the bottom of the park.

Charles Wicksteed also invented seating to suit the human form, prefabricated buildings, and the bread and butter machine with a working one still in the park café.

The bread and butter machine, manages up to 400 slices per hour, and was later purchased by the white star line. In 1921 the construction of the Wicksteed Park Lake began, the Lake holds 25 million gallons of water and created many happy memories for visitors to the Park.

It is rumoured that the creation of the Lake nearly made him bankrupt, and Charles had to sell off some land to make himself solvent. Charles introduced one of the first water based rides in the world in 1926, with the installation of the water chute.

This was the Park’s first 'White Knuckle Ride' and it has been described as being a bit like sitting in a skip and being thrown into a river. The ‘Waterchute’ at Wicksteed Park is one of only three still remaining in operation (the others being in ‘East Park in Kingston – Upon – Hull’ and ‘Peasholme Park in Scarborough’).

The Water Chute, remains hugely popular, 80 years on. Charles then went on to add the Cycle track in 1928 (now known as the Arena). The Pavilion was added, with many more attractions added in the following years.

Charles final legacy was 'The Wicksteed Railway' which begun in 1930. Sadly, days before it could be opened in 1931, influenza and phuemonia took Charles life.

The Park is situated in Kettering, Northamptonshire. The only day it closes is Christmas day, which means familys can enjoy the park all year round. If you walk in or go by coach then it is free entry, and if you go by car prices range from £2 to £6 depending on whether it is on or off peak times.

Although a lot of the attractions are free, the circus and theme park requires tokens. The circus is two tokens and so are the rides, except for the little children rides which only require one token.

If you were wanting to make a mini break of it, then camping and caravan site is fifteen pound per unit a night. There are a number of places within the park where you can eat, including Arcade refreshments, where you can have a drink and a snack, or Jungle reflections where you can eat a selection of sandwiches, baguettes and Panini's.

Why not head over to park view, where you can look out on the beautiful surroundings, while eating traditional home cooked meals. There is also a serving bar for the adults.

Near to the theme park section is Hexagon, which is a fast food outlet. Then near the giant sandpit, is the rollover diner which serves the nicest rollover hot dogs. There is the Oaktree, which is one of the most popular catering outlets, near to the playground.

There is also a Cornish pastry shop, and an old fashioned sweet shop, so plenty to choose from. Alternatively you can take a pack up, and sit at one of the lovely picnic areas or take some BBQ things, and use one of the built in BBQ's situated around the parks, ready for you to use.

Wicksteed Park has one of the biggest and best free playground in Europe! You can walk into the Park and use this playground 365 days a year.

The park contains swings, slides, climbing frames, zip wire, roundabouts and many other activities for the children to enjoy. Also free is the giant sandpit which provides hours of fun.

There really is something for everyone, when Charles Wicksteed started building the park he wanted to bring the community together, and I think he achieved that wish.

Charles legacy still lives on, through all the happy smiling children that regularly use the park.

Wicksteed is a beautiful part of or community, and I am proud to write about it, In the hope that more people will come and appreciate just what a lovely place it really is.

Have you visited Wicksteed Park? 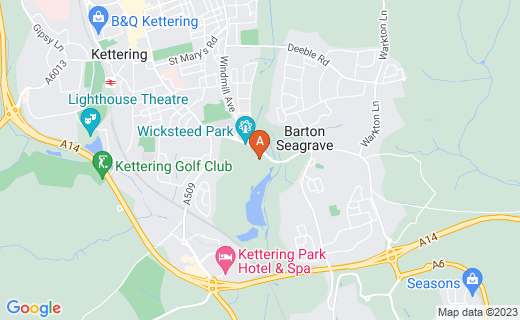 Wicksteed Park is a beautiful historic attraction and a lovely day out for everyone young and old.