After a confident performance and win at Queen's, and reaching his first Wimbledon semi final, the speculation is there for next year - will Andy Murray win Wimbledon 2010?

Murray's peformance at Queen's was undoubtedly improved, with him not losing a set through the entire tournament. It is true that Federer and Nadal were absent from Queen's, but this should not detract from the level of tennis that Andy Murray was playing at. Murray reached his first semi final at Wimbledon this year, showing definite improvement in his game and fitness.

The lead up to Wimbledon 2010 will be an interesting time for Andy Murray watchers. Will Nadal return to tennis in full fitness and regain his number one spot, or will Murray take over as number 2? Murray's performance at Wimbledon this year is a good indication that he has the ability to win with his style of play, but a years worth of more intense fitness training could be the thing that takes his game to the top, and make him the Men's Wimbledon Champion 2010.

His tennis skills aside, Andy Murray may also have lady luck shining on him. In 1996 Murray was an eight year old child when the leader of a local boys club he attended, burst into Dunblane Primary School gym and opened fire. Thomas Hamilton killed a teacher and 16 pupils. Murray and his older brother Jamie (also a tennis player who specialises in doubles) were on their way to the gym when they heard the shots. The brothers took cover under a desk in the headmasters office and thankfully came to no physical harm.

Since Andy Murray came onto the tennis circuit, I have always thought of him as special. To survive such a terrible tragedy is a miracle, as so many of his school friends died that day, and he could easily have been one of them. I can't help but think that Andy Murray is gifted and in some odd way, has destiny on his side.

If Andy Murray does win Wimbledon, be it this year or next, he will certainly be doing a huge amount for the state of British tennis. It will not only encourage more children to take up the sport, but hopefully schools will take notice and introduce it into physical classes nationwide. It's no coincidence that Britain only has one good tennis player right now, it's because tennis isn't recognised by most schools and children aren't exposed to it, aside of 2 weeks of Wimbledon a year. 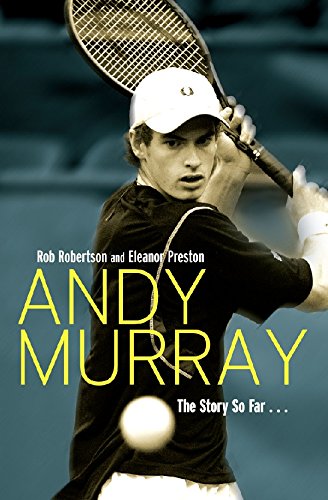 Andy Murray For The Wimbledon Win

It is fair to say that Murray has a huge amount of pressure on him to win Wimbledon, from the press and public alike. Grass isn't his favourite suface, he's made no secret of the fact that Wimbledon isn't his favourite grand slam. He's also made some silly anti English comments in the past. Andy Murray will never be one of my all time favourite players, he just doesn't have that charm about him. He does however have a great game and is playing the best tennis of his life.