My name is John Needham and I am a huge fan of Auburn Tigers football.  Sometime in 2006, I asked myself a question:  How did the colors for Auburn University's football team originate?  I thought to myself this could be a great commentary.  Well, what you are about to read is the result of my research and the work of Dr. Dale Coleman of Auburn University.

When Auburn players dress out in the "Orange and Blue", they follow a tradition that had its beginnings in the early 1700s in the sport of regatta racing in England. When I talk about "regatta racing" I don't mean America's Cup type boat racing. I'm talking about the Olympic style of rowing where you put up to nine folks in a boat, sitting one behind the other, side-by-side abreast, racing five other boats, in distances up to 2000 meters.

Shown in the picture above are a couple of Grosvenor's racing regetta's. According to Dr. Coleman there is not and has never bee

As with any sport, the need arose to identify one team from another and in 1869 the Grosvenor Rowing Club would pick two colors that would uniquely identify them and soon the Auburn and Cavalier Nations. Players would wear colored scarves representing their rowing club at events. Scarves were a sign of club prestige and standing; a standard which carries on to the present day.

In the summer of 1888, Allen Potts, a student from the University of Virginia, joined the Oxford Rowing Club in England. Allen did it to stay physically fit so he could play football for UVA in the fall. "As I understand it, (rowing) teams often challenged each other. The host club would arrange to use the river when the water was suitable and provide the boats. The visiting team would bring their rowing oars. Towns of the time with suitable rivers to host a regatta would invite several teams within travel range to come compete," Dr. Coleman said. It is at one of these events that Dr. Coleman believes Allen may have swapped his rowing scarf (Oxford Blue) for a one of Grosvenor's "Orange and Blue" scarves. Back in the day, it was traditional that competing teams swapped rowing scarves or "won" a scarf from the other team if they defeated them. Unfortunately, we cannot confirm that either of the clubs ever competed against each other due to poor record keeping or the information was lost in a past fire. Allen's "Orange and Blue" rowing scarf becomes our smoking gun at this point in our story. We know the scarf existed. In the fall of 1888, Allen attended a student rally, at the University of Virginia, wearing the scarf. The purpose of the rally was to pick new school colors for the University. At the rally, someone saw Allen's "Orange and Blue" scarf and suggested the scarf's colors to be the new colors of the University of Virginia. The idea was voted on and passed. So began UVA's love affair with the "Orange and Blue".

Auburn University's Connection to the UVA

It is the winter of 1891 and a woman is busily working away on a project in her home in Auburn, AL. If we look closer we see that she is sewing. In her lap is a navy blue sweater and stitch by stitch she works away on attaching an orange "A" on to the left breast. Her name is Marie Allen Glenn or "Miss Allie" as her friends call her. Miss Allie works in the accounting department of the Alabama Polytechnic and Mechanical Institute, API, with her father. "Miss Allie was the granddaughter and daughter of Auburn's first and second Treasurers, and at the death her father, she became Auburn's third Treasurer, a position she held for some 40 years (early 1900s to mid 1940s). When she retired, there was nearly 100 years that the only signature on an Auburn check was a Glenn. Glenn Avenue in Auburn is named for the family, and their home had a reputation for being the social center of town - women's club meetings, receptions for dignitaries, etc. Marie Glenn Hall in the Quad Dorms is named for her," Dr. Coleman said.

As Miss Allie sews, her mind wonders away to a meeting she attended two days ago for the first football game to be held in the Deep South between the University of Georgia at Athens and the API. George Petrie, an instructor at API, was organizing the game with Georgia and acting as API's head coach. Miss Allie wanted to convince Petrie to use the colors of his Alta Mater, the "Orange and Blue" of the University of Virginia. To do it Miss Allie knitted a letterman sweater. Perhaps she could soft sell the idea by calling it "a gift" to the players by the administration expressing their support for the new sports program at API.

Letterman sweaters were just as poplar then as they are today. Varsity letters were first used by Harvard's football team in 1875. It was the practice for the team captain to allow certain players who played in the most important games (Yale or Princeton) to keep the 'H' jerseys as an award. Awarding the 'H' jersey may have been the birth of the varsity letter as an award as we know it today.

George Petrie, in the meeting, asked a good question, "Charles Herty is asking the Georgia fans to come in red and black. What colors should we use?" Miss Allie then showed the committee the sweater. George thought for a few seconds and said, "Orange and Blue? George continued, "What does everybody else think?" Everyone agreed. "After all, none of us would be here if not you," comments Miss Allie. George paused. "Then let's go with it. Thank you Miss Allie," says George.

I've been on enough event committees in the Auburn Club network to make an educated guess that this is how, perhaps, Auburn's colors were chosen. It's a nice story. Unfortunately, it's all an assumption. Let's call it "Needham's Theory". All except Miss Allie and her involvement in creating the sweaters for the team.

According to Dr. Coleman, Miss Allie was responsible for selecting the "Orange and Blue". The 1930 May edition of the Auburn Alumnus re-accounts the comments made by the Alumni speaker, Charles F. DeBardeleben, Class of 1895, at the spring Alumni meeting. Recalling members of the faculty and staff whom had "given their entire lives to this institution", Charles says, "...and also dear Miss Allie Glenn, It was she, if I remember correctly, who selected the orange and blue as the colors for Auburn, and also it was she who knitted the first orange "A" on a blue sweater for the football team, which was the envy of every student at Auburn, and an inspiration to our football team." According to Dr. Coleman, "DeBardeleben would have been a freshman in the spring of 1892 when that first game was played against Georgia and would have remembered this from first-hand experience." Also, Charles probably would have known how the colors came about from his brother, Henry T. Debardelen, who played the position of guard on API's 1892 football team. "In appreciation, the team selected Miss Allie to be their "Sponsor" for the first game, a gesture that she later said in her published retirement remarks was her highest honor while at Auburn," Dr. Coleman said.

So, there you have it, "The Coleman Theory: The Origin of Auburn University's school colors." You're a smarter Tiger than you were before! 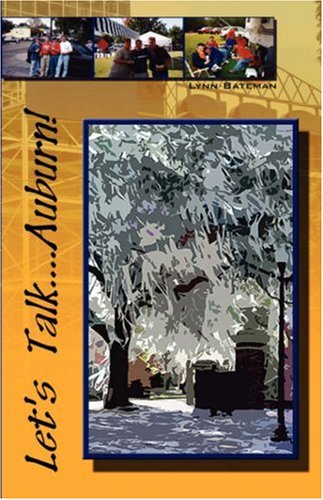