The History of Fishing Tackle 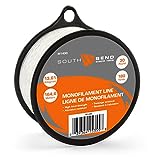 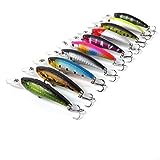 The first evidence of Fishing Tackle is first found in the mesolithic settlements as far back as 8000 B.C. in northern Europe.

Then, as in the earlier palaeolithic period, man relied entirely upon food gathering, hunting and fishing. He had not learned to grow corn, he had not domesticated any animal except the dog. But as a fisherman he was skilful enough.

Finds of ancient tackle, preserved either whole or in part, and rock engravings, show that in prehistoric times fish and sea-animals were taken with clubs, harpoons, hook and line, nets, traps and spears (leisters). Man in our time has only improved upon the old techniques. Thus the whaling industry has adopted the ancient harpoon, though the head is made of metal instead of the antler available to ancient fishers, and it is fired from a gun.

Clubs may also be included in the fisherman's equipment, since they perform the vital function of despatching the fish once caught. In recent times, salmon netted in the Severn were despatched with a club picturesquely named the 'Molly Knocker' or 'Knobbling Pin'. Such clubs are found in many regions, made of any available material: rock in the Shetlands, a heavy stone threaded on a rawhide thong among the Eskimos, and wood carved into the form of the salmon is used for battering among the Indians of Alaska.

The very ancient bow and arrow may have been used to shoot fish in prehistoric times, in spite of the difficulties caused by refraction. In the Andaman Islands this is an old-established practice. The unfeathered arrows are four feet long. One type has a shaft of bamboo, tipped by a heavy pointed foreshaft. A barb, made of the Spine of the string-ray, may be added to this; since the coming of the white man and the introduction of iron, metal has replaced this natural barb, although the metal barb retains the shape of the original.

The harpoon was in action as early as the palaeolithic age - against seals so that it can only be classified with 'fishing' tackle in the broadest sense. Wooden shafts have not survived the centuries, but the antler heads were more durable. Barbs were cut along one edge of the head, and the base was perforated for attachment to a line.

Some of these harpoons have been found with skeletons of seals that escaped the hunters to die alone. Clubbing, netting and spearing are other modern methods used in seal-hunting which could have been used by prehistoric man. Certainly the bones preserved at sites in the British Isles show that seal-hunting was a seasonable activity there, even after the introduction of farming about 2,500 B.C. The chief centres in northern Europe were the Baltic lands, the west coast of Norway and north Britain.

Line-fishing is of mesolithic ancestry, which is proved by many finds of early bone fish-hooks at settlements round the Baltic. These may be up to three inches long, and some bear marks made by the drill that was used to separate the hook from the shank. The absence of barbs and the large size of the hooks suggest that they were concealed in a small fish to catch pike. Live bait was also probably used with the small gorges, which are short lengths of rounded bone sharply pointed at each end. With the coming of metal, about 2000 B.C., fish-hooks of modern type made their appearance in Europe. A form of double hook was made in Switzerland about 600 B.C., from a single length of wire twisted into two hooks back to back, joined at the top of the shanks. Curiously, the same idea occurred to Indian fishermen, for similar hooks, two of which are strung one above the other, are used there to catch crocodiles.

Bones of cod are found at neolithic sites, dating to the years after 2300 B.C. in the north and west of Britain, and also at Baltic settlements. Cod is a deep-sea fish, not one that can be caught off rocks, so the men who ate it must have had the use of boats, hooks and lines.

A study of fishing-lines used today in different parts of the world shows the variety of materials which must have been available to early fishermen. As well as gut and rawhide, plant fibres are widely employed, especially in the making of nets and lines. In Malabar, hemp stems are dried, 'retted' in water, beaten into fibres, softened by treading them underfoot, and finally spun into yarn. Even before the introduction of the spindle, fibres could have been rolled on the thigh, to give a similar result. Where it will grow, the coconut is a source of string, the hairs of its husk being twisted into 'sinnet'. In Samoa, a line of sinnet is attached to one form of the attractive Pacific fish-hook, which is made of wood and is backed with pink shell to attract the fish. Mother-of-pearl also serves in this way.

That plant-fibres were made into nets by prehistoric man need not only be inferred from modern primitive practice, since a few fragments of ancient mesolithic nets have survived. On the shores of Lake Ladoga oblong net-floats of pine bark were found, about one foot in length. They had been preserved by waterlogging, and near them were the stones which had been used as sinkers. Beneath some of these lay parts of the net, which proved to have been made either of lime-bast or nettle-fibres. Another find of this kind was made in Esthonia. The neolithic inhabitants of the Swiss Lake Villages also used plant-fibre nets with bark floats, but their sinkers were made of fired clay. Today metal sinkers are used by many primitive as well as civilized peoples, one example being the small interlocked lead rings attached to the nets in the Malay peninsula.

The ancestor of the landing-net could have been suspended on a frame made of a bent green stick. Such a hand-net, with a diameter of rather more than a foot, is used in the Andaman Islands. The Eskimo let down a small net through a hole in the ice. In these circumstances a long handle would be a hindrance (also their only supply of wood is driftwood), so the net is held up by thongs attached in three places to the iron ring from which the net hangs, weighted by a stone. The 'Lave' net of the Severn salmon-fisher may have a prehistoric ancestry. It is attached to the arms of a Y-shaped frame, and the fisherman wades out to meet the approaching fish, clubbing it when he brings the net out of the water. The net for taking salmon with the coracle may well be as ancient as this kind of boat itself, for which a mesolithic origin has recently been postulated. The coracle net was composed of two parts, one of wide mesh through which the fish could swim, the other of fine mesh, bringing it to a stop. Once the fish was in the net, sliding horn rings allowed it to bunch round the salmon, which was hauled up and clubbed.

The use of wicker fish-traps is known in many parts of the world today. From Assam to New Guinea these are made of bamboo, a thorny rattan lining preventing the escape of the fish. In the Cambridgeshire district, a stout basket-work eel trap was baited with a worm threaded on wire. Similarly elongated traps were used in the Severn, baited with rabbit or lamprey. Some prehistoric fish-traps have been fortuitously preserved. There is some evidence for them in neolithic Italy, and paintings in tombs show that even the highly civilized Egyptians did not scorn them. The most ancient traps that have survived are mesolithic and have been found in Danish peat bogs. They were made of birch twigs, plaited with fir, and, like modern forms, consisted of an inner funnel to prevent the escape of the quarry, surrounded by a wicker cage.

Forms of the leister or fish-spear are still in use in some parts of the world, and have indeed only been made illegal in Britain in modern times. The mesolithic leister was tipped with two or three barbed bone points, the bases of which were bevelled so that they could be bound firmly into position. The spears were used ten thousand years ago to catch pike and sturgeon; the skeleton of 'the fish that got away' has been found in Esthonia, with a leister prong lying in the region of its back.

With the use of metal, the antler prongs were translated into bronze, and later into iron. Each was cast with a single barb at the tip. The prongs might be cast together, in a flat trident head, or, in the old way, three were disposed separately round the end of the handle.

A number of specialized kinds of fish-spear were in use on the Severn in the last century and doubtless long before. Pike spears had four barbed prongs, those for trout and flounder had five, and a salmon spear had no less than eight. The flat eel-spear had between three and nine closely spaced prongs, each with a serrated edge. The head was set upon an ash handle up to twenty feet long, which was thrust vertically into the mud, as in mesolithic times, either impaling or wedging the quarry between the prongs.