Keep up with former Dawg basketball players when they leave Athens, GA. Where are they now? In the NBA, playing overseas?

March 10, 2013 -- Travis Leslie has signed a 10-day contract with the Utah Jazz. Leslie was drafted by the Clippers in 2011 but was released in the fall of 2012. Leslie played in the D-League before signing with Utah.

March 2013 -- Damien Wilkins had 21 points and 6 rebounds for the 76ers on March 6th against his former team, the Atlanta Hawks. Wilkins followed that up four days later with a 13-point, 6 assist, 3 block effort against Orlando.

May 2012 -- Former Georgia forward Jonas Hayes is returning to the team as a Program Coordinator.

November 2012 -- Travis Leslie was released by the LA Clippers and but joined the NBA Developmental League. He made the D-League All-Star team and was named MVP of the game.

Dawgs in the NBA

AUGUST 2012 UPDATE: Robinson has signed with the Leuven Bears (BELGIUM)

Left UGA after 2011-2012 season.Transfer from Middle Tennessee State.Robinson took part in the 2012 Portsmouth Invitational Tournament in April and played very well. In three games he averaged 9.7 points, 5 rebounds and 5 assists per game. He also had 8 steals in 3 games! He was also 4-for-7 from 3-pt range, the best of anyone at the tournament.Update on Robinson's pro workouts (Spring 2012).

Check out his bio here.

Wright was taken in the second round of the 2004 NBA Draft by the Indiana Pacers. After being cut by the Pacers, he bounced around in the NBA for a few seasons. Wright has been playing in Europe ever since - currently he's with PAOK Thessaloniki (Greece).

ATLANTA, GA -- The Atlanta Hawks have signed guard/forward Damien Wilkins to a contract for the remainder of the 2011 season, according to Executive Vice President/General Manager Rick Sund. Per team policy, terms were not disclosed.

The son of former NBA player Gerald Wilkins and nephew of Hawks Hall-of-Famer Dominique Wilkins, he played his first two years of college basketball at North Carolina State (1999-2001), before transferring to Georgia for his final two campaigns (2002-04).

Damien Lamont Wilkins was born January 11, 1980 in Washington, North Carolina. He will wear uniform no. 3.

Shandon Rodriguez Anderson (born December 31, 1973 in Atlanta, Georgia) is an American former professional basketball player in the NBA, who last played with the Miami Heat.

Anderson attended Alonzo A. Crim High School in Atlanta, Georgia, then played basketball at the University of Georgia. He was drafted in the second round (54th overall) of the 1996 NBA Draft by the Utah Jazz, and played for the Jazz, the Houston Rockets, the New York Knicks and the Heat. His best season was in 1999-2000, when he averaged 12.3 points per game with the Rockets. His career average is 7.8 points per game.

He is the younger brother of former Knicks and Heat member, Willie Anderson.

Anderson won an NBA championship in 2006 with the Miami Heat as a backup.

**Stukes now plays for Club Trouville in Uraguay and has also played with the Athens Razor.** 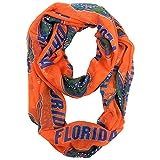 2011: Pepsi Juvecaserta of the Italian League.

Travis Leslie - Back to the NBA after brief D-League stint

Who did I forget? - Remind me here and I'll find out what they're up to these days...