The Most Beautiful Female Boxers in the World

For the first time in history, at the 2012 London Olympics, female boxing became an official event.

So with the women's side of the sport being elevated to Olympic level, you can expect to see more and more women become interested in "The Sweet Science".

Of course female boxing has been around for a long time, and actually women's boxing first showed up at the Olympic Games at a demonstration in 1904.

But it was banned in most nations afterward.

It wasn't until 1988 that the Swedish Amateur Boxing Association started sanctioning events for women.

In the 1970s female boxer Cathy 'Cat' Davis became popular in the US, and a few of her fights were televised.

In the 1980s, Dora and Cora Webber helped bring the sport some popularity in California.

But in the 1990s things really took off here in the States.

And now with it being included in the Olympics, you can expect to see a resurgence in it's popularity.

Of course boxing is a tough sport.

Well here are some women that break that mold.

They can box, and look good while they are doing it.

We start off with Laila Ali, the daughter of the man they call "The Greatest", boxing legend Muhammad Ali.

Laila stands five foot ten and weighs in at around 160 pounds.

In her very first bout on December 8th, 1999, she knocked out her opponent April Fowler in the first round.

Her last fight was a win over Gwendolyn O'Neil on February 3rd, 2007.

So she's got good genes to say the least.

Kina started out in Karate when she was six and started training as a boxer in 2003.

Currently her boxing record is 15-3-0 and her last fight was a win over Marilyn Hernandez (23-8-0) at the National Indoor Centre in Kingston, Jamaica on December 8th, 2012.

When she's not boxing, Kina does a lot of charity work, even founding her own charity for poor and disadvantaged children, the Kina Dynamite Foundation.

She is the current WBA female super featherweight champion.

Her last match was a win over Hagar Shmoulefeld Finer on November 30th, 2007.

Besides her career in the ring, Regina has become quite a media darling in her native land appearing in magazines and on TV.

She has also had some fame over here in the US, appearing in the highly respected boxing publication Ring Magazine in 1996.

Holly has held several welterweight titles and many people regard her as the best female welterweight in the world and possibly one of the best of all time.

But all that may be coming to an end as it looks like Holly is ready to make her debut in MMA.

It will be interesting to see how she does there.

In MMA Holly has a 3-0-0 record, her last fight being a win over Katie Merrill at Bellator MMA - Bellator 91 on Februrary 28th, 2013 at the United States Santa Ana Star Center in Rio Rancho, New Mexico.

Holly's current boxing record is 32-2-3.
Her MMA record is 10-0-0 and she is the current UFC Women's Bantamweight Champion.

She is of Mexican and American descent and was born on June 24th, 1967 in San Francisco, California.

Mia's last fight was loss to Tiffany Junot (9-3-1) on November 10th, 2012 at the Home Base Building, Bakersfield, California. 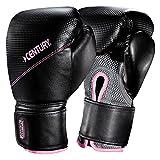 Female boxer Ina was born on November 10th, 1980 in Atbasar, Kazakhstan, and she currently resides in MÃ¶nchengladbach, Nordrhein-Westfalen, Germany.

Her boxing record is an impressive 31-1-0, and that one loss was in her last match against Canadian female boxer Jeannine Garside.

Until that bout, Ina was on a roll with twenty five wins in a row, an unbeaten record that had run since 2004.

Her last fight was a win over Renata Domsodi (9-2-0) via TKO on October 12th, 2012 at the Sporthalle in Wandsbek, Hamburg, Germany.

"The Most Dangerous Woman in the World", professional female boxer, kickboxer, and actress Lucia Rijker was born on December 6, 1967 in Amsterdam, North Holland, Netherlands.

If the "The Most Dangerous Woman in the World" nickname is too rough for you, her other nickname is "The Dutch Destroyer".

Lucia's last bout was on May 20th, 2004 against Deborah Fettkether at the Amsterdam Arena in Amsterdam, Netherlands.

And by the way, boxing isn’t the only way Lucia can come at you.

Her kickboxing record is 37-0.

Like Kina, she started out in martial arts, moving from karate to Tae kwon do and then to kickboxing before finally deciding on boxing.

Beautiful Filipino-American female boxer Ana Julaton has had her share of ups and downs.

And she won the IBA Super Bantamweight title in her sixth professional boxing match.

Her last bout was a win over Abigail Ramos (via TKO) on August 3rd, 2012 at the Polifuncional de la Colonia Francisco Villa Oriente in Kanasin, YucatÃ¡n, Mexico.

She was born on September 28th, 1981 in Cartagena, Colombia, she started kickboxing in Norway, and now as a pro boxer, she lives in Germany.

Her boxing record is a remarkable 25-0-0 with her last fight being a win over Anne Sophie Mathis on September 22nd, 2012 at the Arena Nord in Frederikshavn, Denmark.

She is a welterweight with a current record of 18-2-0.

Her last bout was a win over Angel McKenzie on November 10, 2012 via unanimous decision at the GÃ¶ta KÃ¤llare in Stockholm, Sweden.

She made her pro boxing debut back in 2003 losing her debut match to Melissa Shaffer via TKO.

Hollie has gone on to a 23-10-1 boxing record with her last fight being a no contest against Becky Garcia on April 26th, 2012 at the Hyatt Regency Hotel in Tulsa, Oklahoma.

She is the most successful Finnish female boxer in history with a current record of 8-0-1.

Eva is also (oddly enough) the sole defense of the micro nation, the Kingdom of Valtio.

Head of state Ari Peltonen named her the defense minister, and sole member of the armed forces.

As far as boxing goes, her last fight was a win over Agota Ilko for the vacant EBU female super featherweight title on March 31st, 2012 at the Barona Areena in Espoo, Finland.

You may recognize this young lady, but not from boxing.

Mikaela Mayer is the number one world ranked amateur boxer and now she is setting her sights on becoming a model.

She got quite a bit of buzz from appearing in Dr. Pepper’s new ad campaign.....

Cecilia “Queen” Comunales was born on December 4th, 1988 in Paysandu, Uruguay.
She stands five foot nine and has a 12-1-0 boxing record so far.
Her first fight was a win over Lorena Nancy Lopez back on January 10th, 2009.
Cecilia currently holds the WBA World female lightweight title.