How to Catch a Big Redfish - with Fishing Video

Red fish fishing is very popular here in the South. Years ago, reds weren't as attractive to anglers as they are today. In fact, some old salts considered them a by-catch - something accidentally hooked when fishermen were going after trout, flounder, or other saltwater fish. Nowadays, however, many fishermen and fishing charters specialize in redfish fishing. Redfish, spot-tail bass, red drum, reds, channel bass...call them whatever you want. These are feisty saltwater fish, some of the most popular gamefish found in the South. Reds can be found in the Atlantic and in the Gulf of Mexico, and they can grow to hefty sizes. In addition, they put up a great fight, and they're also excellent table fare that can be used in a variety of fish recipes. Reds are great fried, baked, blackened, stuffed, or grilled.

Did I say redfish can get big? They can! The Florida state record red weighed 52.5 pounds, with the record reds in Georgia, Alabama, and Mississippi a little smaller. The Louisiana record red fish stands at 61 pounds, and the state record South Carolina fish tipped the scales at a whopping 75 pounds. The North Carolina state record redfish is also the world record red drum. It was a real monster, at 94.2 pounds! Now that's a saltwater fish that would really test your angling skills.

Reds can be caught most of the year, but if you're after a "bull red," your best chances are probably in the fall months. Bull reds are usually considered redfish that exceed 27 inches in length, but most anglers to any big red fish as bull reds. During autumn, the big reds move into the bays and inlets, making them more accessible to most anglers.

When fishing for a large red drum, you'll need a stout rod, plenty of 30-pound line, a wire leader, and a sharp circle hook. You'll need enough weight to keep your bait near the bottom, too, if you're bottom fishing for reds. Redfish can be hard to predict. They might be on or near the bottom, or they might be very near the surface. They can be found just about anywhere in the water column, which can make finding and catching them rather tricky. They might be in deep water around rocks or rubble, or they might be in water that's so shallow you can actually see the redfish's tail sticking out of the water, called "tailing" reds.

Good natural baits for large redfish include live minnows, crabs, shrimp mammies, and cut bait. Reds seem to love large hunks of cut mullet. This smelly fish practically rings the dinner bell for hungry spot-tails! Remember, when you're after a big fish, you need a fairly large bait. They might not expend the energy to seek a tidbit or tiny morsel. Keep you bait fresh by changing it periodically. If you're using a live bait, it needs to be lively.

Reds will also hit a variety of artificials, ranging from spoons - especially gold spoons - to lead-head grubs and just about everything in between. Many top commercial fishing supply companies market lures specifically designed to appeal to big, hungry redfish. As far as the very best fishing lures for red fish fishing go, I've had the most success with plastics. Get the specifics by clicking the link.

As for where to fish, look for deep thoughs, drop-offs, and calm areas near fast-moving currents. The mouths of tidal creeks and rivers would be a good place to start. Also, anywhere that attracts and holds baitfish is good, including grassy flats, oyster beds, and structures like piers and jetties.

Cast your bait near any of these and wait. When the red strikes, wait a couple of seconds, then set the hook. If it's a bruiser, you'll be in for a good battle! If you've hooked a really big red, loosen your drag a little and let the fish tire himself out before trying to land him. Keep the line fairly tight, however, to avoid the fish's tangling the line on rocks and pilings.

Once you've landed your fish, measure it to be sure it's within legal limits. Game wardens are very finicky about redfish because their numbers are threatened. Handle the fish gently, with wet hands. Don't be tempted to wrap it in a towel. Doing so can harm the protective mucous on a saltwater fish. If the redfish is too small or too big, or if you don't plan to eat it, release it unharmed. Ensure the future of red fish fishing by being a responsible angler! 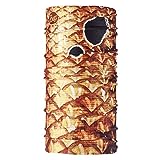